The Mazda MX-5 at 25 – celebrating the French way 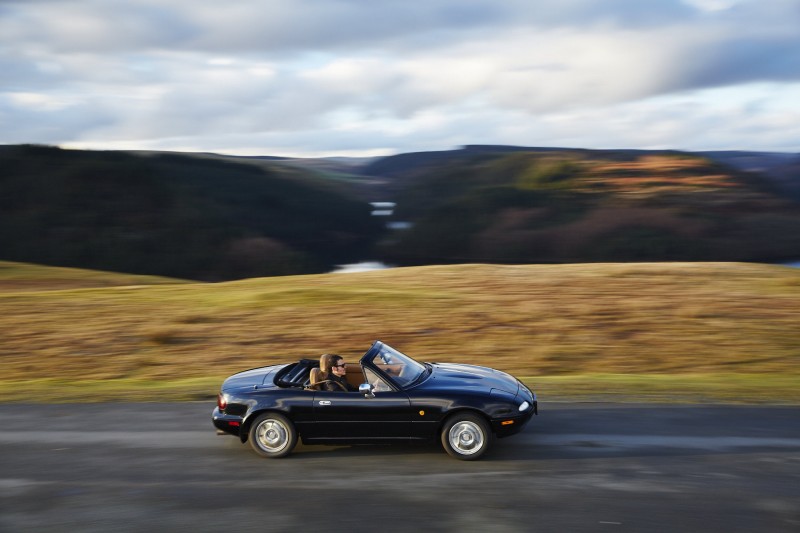 Mazda Motor Europe wanted a unique way to celebrate the MX-5’s 25th anniversary. It decided on a photo story that will be published across Europe to coincide with the Goodwood Festival of Speed at the end of June.

But arriving on the ferry in Southampton and then getting to Lord March’s estate in West Sussex is a mere 34 miles. And most of that is on motorway. So if you were coming from another country to drive the Mazda MX-5, where would you go to put one of the world’s best driver’s cars through its paces? And where does the light flatter it the most? Two Frenchmen ‑ car photographer Denis Meunier and landscape snapper Farid Goual ‑ settled on a 700-mile road trip via the Brecon Beacons and Black Mountains in Wales. This is their story.

What was the inspiration for this trip?

Denis Meunier: “On the continent we always think of the UK as a huge market for convertible cars. Whatever the weather, as long as it’s not raining, you get the roof back and off you go. We wanted to recapture a bit of that to celebrate the Mazda MX-5’s 25th anniversary, as well as exploring some parts of Britain that people from other European countries might not know exist.”

What was the best part of this journey?

DM: “The roads in Wales. When you get into the Brecon Beacons they are amazing. You don’t imagine such beautiful scenery could be within such easy reach of the rest of the UK. Honestly, the surroundings are like you’re in Patagonia or New Zealand or somewhere thousands of miles away.” 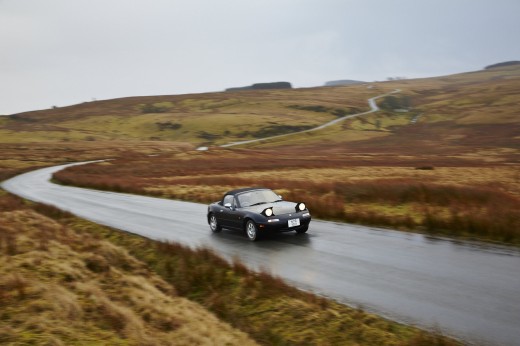 Where were the best roads for photography?

Farid Goual: “The Elan Valley near Builth Wells without a doubt. The tarmac looked brand new and the light was simply stunning. It made taking great pictures really easy. The locals did want to know what two mad Frenchmen were doing in deepest Wales in winter.” 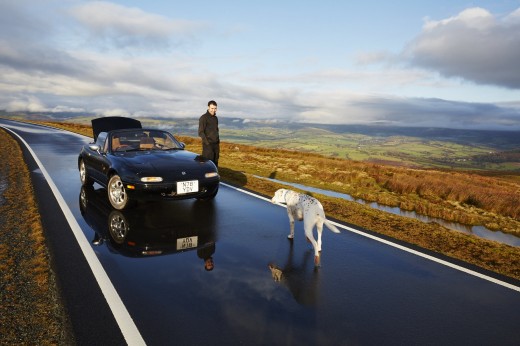 DM: “It was all a bit of an adventure for us because it was the first time we’d driven on the ‘wrong side’ of the road. All of the roads around the Brecon Beacons were remarkable. I don’t know if British journalists and photographers realise what an amazing natural resource they’ve got on their doorstep.” 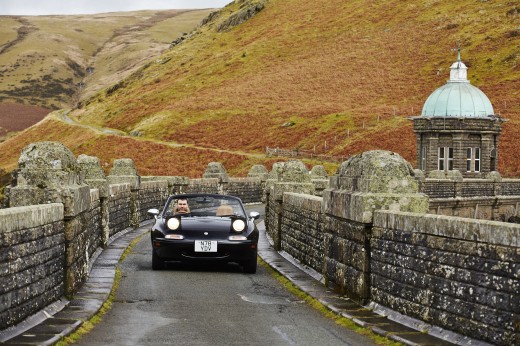 What about the car?

DM: “Considering it’s nearly 20 years old and has done 225,000km, this Mazda MX-5 was quite remarkable. Mechanically it didn’t miss a beat and it was a pleasure to drive. Considering we spent 700 miles in it, it was comfortable too. The black paintwork polished up really well for the pictures and the heater is still volcanic – vital in winter!” 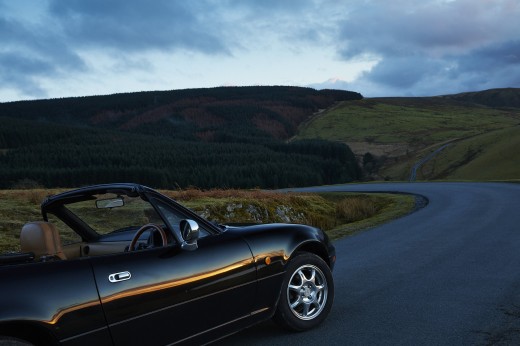 Where did the car come from?

FG: “We borrowed it from AutolinkMX5. It’s a company near Southampton that specialises in parts for second-hand Japanese cars and specifically Mazda MX-5s. This was a 1996 model so near the end of the life of the series one car. It was also a Japanese import so it didn’t have the Mazda badges we recognise and it was called the Eunos. Inside, it even had wooden trim! It gave the car the feel of a real old English sportscar which suited our story perfectly.”