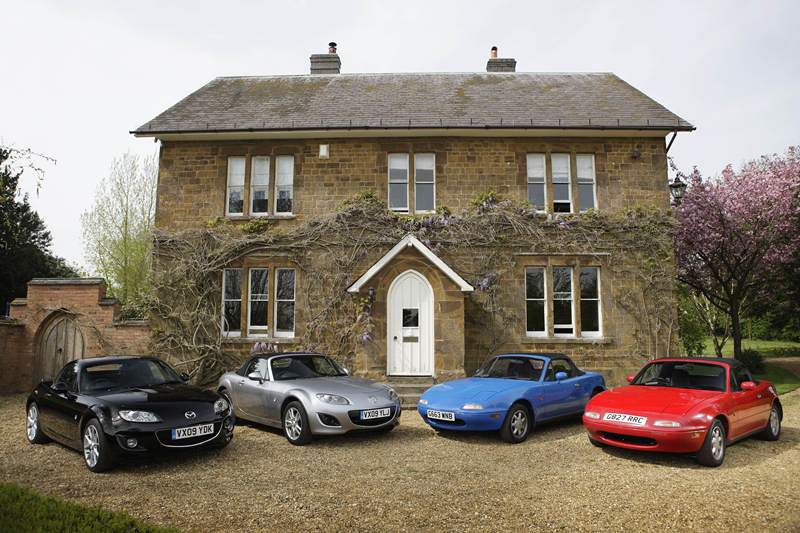 The Mazda MX-5 reinterpreted the formula for a lightweight two-seat sports car and redefined how much fun drivers could have at a time when there wasn’t really such a car that was also affordable. It was so popular Mazda had to double production. Yet it was nearly never made in the first place.

In this first of a special series celebrating 25 years of the world’s most popular sports car, Mazda Social meets Bob Hall, the man at Mazda who had the idea to build a two-seat roadster. This is his Mazda MX-5 story.

MX-5 MOMENT?
Discovering Mazda believed in my idea that it should make a lightweight two-seat sports car

IN THE BEGINNING
“I didn’t even work for Mazda when I first suggested the idea for Mazda to build a two-seat sports car to Kenichi Yamamoto, Mazda’s head of research and development.

I was a motoring journalist, and had good chemistry with Yamamoto San. (On a past visit to Mazda’s Hiroshima HQ, I’d inadvertently seen a model for a secret Mazda car that was years from being launched and promised I wouldn’t tell a soul.)

The next year, I interviewed him again. At the end of previous interviews, he would show me something that Mazda was working on. This time, Yamamoto didn’t have anything to show me, so instead, he asked me what kind of car I thought Mazda should make next.

I’d had this idea since high-school days for a two-seat, rear-wheel drive sports car, based on the platform of the Mazda 323, so I chalked up a sketch on the conference room blackboard. The director of public relations took a photograph, then it was erased and we went to a baseball game. I didn’t think any more of it.”

TWO YEARS LATER, I WAS HIRED BY MAZDA
“They hired me and put me in the newly established R&D centre in California. I effectively doubled the headcount. In February 1982 there was a tap on my shoulder. It was Yamamoto San. ‘Bob San! What are you working on?’ he asked me. I told him I was working on the B-Series pick-up truck. ‘You should do your lightweight sports car idea,’ he told me. To be honest, I’d forgotten all about the sketch on the blackboard. 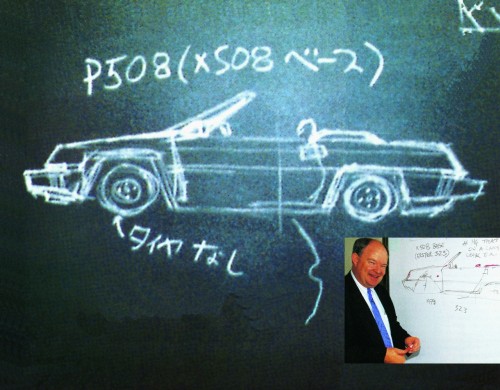 So off he went and held a meeting with my boss. They agreed that I must work on the lightweight sports car project ‘anytime I wanted’ which translates into before 8.30am, between 12 and 1pm, and as much as I liked after 5.30pm! So for the next few years, I was getting to work at six in the morning and leaving at eight at night, conducting market research.”

INITIALLY THE PROJECT DIDN’T EVEN EXIST
“It was run as an ‘offline’ project. Offline was established by Mazda management to allow the engineering and design groups to work on informal creative proposals to encourage innovation. Then one of the managers in charge of offline projects spotted a trend: the Tokyo studio, Hiroshima studio and our California outpost all wanted to do a two-seat sports car. Mazda management sensed an opportunity and initiated an official sketch programme so they could compare our ideas.” 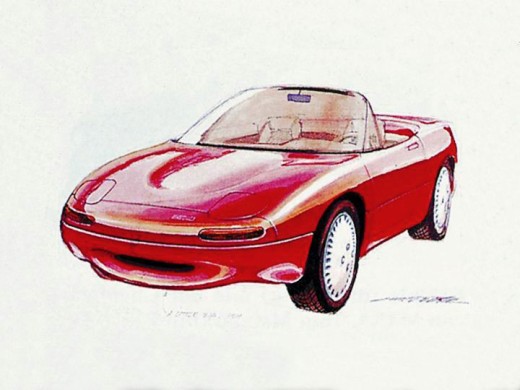 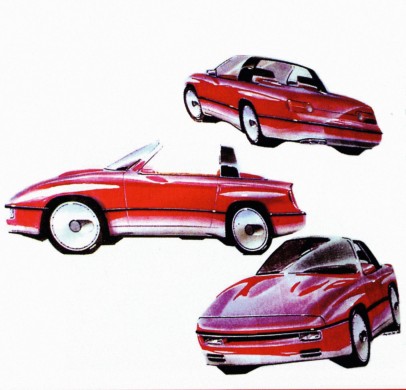 WORKING THROUGH THE NIGHT TO BRING THE CAR TO LIFE
“I spent a year working with Masao Yagi, a designer in our California studio, outside of our normal office hours sketching early themes for the MX-5. At the end of that year another designer, Mark Jordan, joined us. It was his job to finesse the design so that it would be feasible for production. Virtually everything in the finished MX-5 can be found in their designs.”

SELLING THE BUSINESS CASE TO MAZDA MANAGEMENT WAS LIKE PUSHING SMOKE DOWNHILL
“US sales of two-seat roadsters were around 2,500 a year. Mazda management considered the company needed to be selling 10,000 cars a year to make a business case. During the board meetings, I had to convince management that this was down to a lack of choice, rather than a lack of customers. It’s a leap of faith when someone is telling you: ‘If we build this car, customers will come’. Especially when it involves a quarter of a billion dollar investment – in 1984!”

OUR FRONT-ENGINED, REAR-WHEEL DRIVE IDEA WAS AN OUTSIDE BET
“The Tokyo studio put forward a mid-engined, rear-wheel drive car, which was very modern. The Hiroshima studio proposed a front-engined, front-wheel drive car. When we flew over to Japan for the presentation, we heard ours was the least-favoured approach. Remember, in the ‘80s, rear-wheel drive was considered old fashioned.

Our clay model had a removable hard top roof attached using tape. By the time we stepped up to present the car, we thought: ‘What the heck’, pulled the tape away and lifted off the roof. At which point the head of the Tokyo studio stood up, pointed at our car and shouted: ‘Build that one! Build that one!’