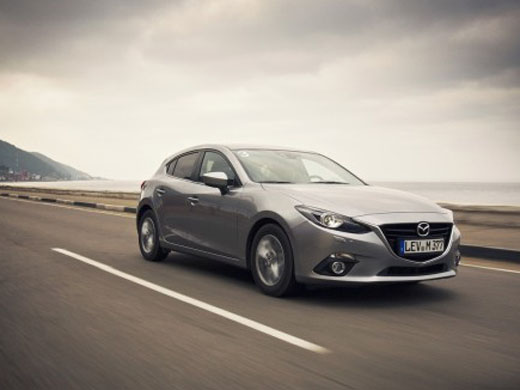 After stage one I had three days at home to get back on UK time before the flight out to Ulan Ude and stage three.

On arrival at Ulan Ude I met the departing group which included two of our retail partners and Jeremy Thomson, Mazda UK managing director, they looked like they had had a good experience despite the tough conditions and distances. 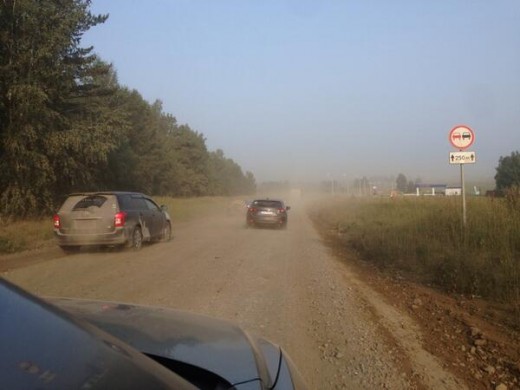 Ulan Ude sits close to the Mongolian border and its proximity is evident in the mix of people living, working and driving around the city.

Monday (12th August) we begin the driving, there has been a massive change in the quality of roads since stage one and we can make good progress. It is just 505km to Lisvianka on the shores of Lake Baikal and the all-new Mazda3 soaks up the miles with ease. 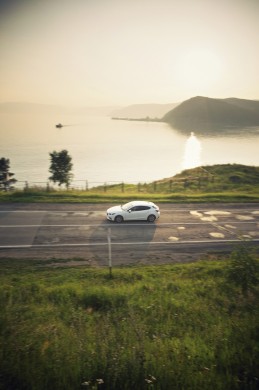 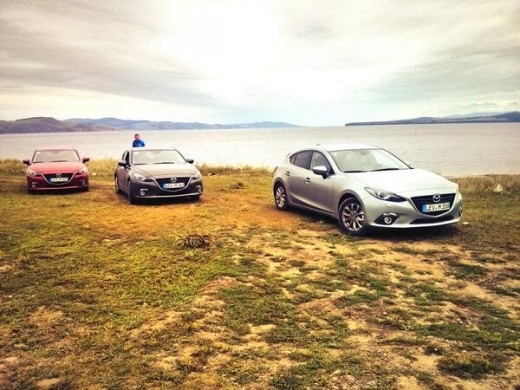 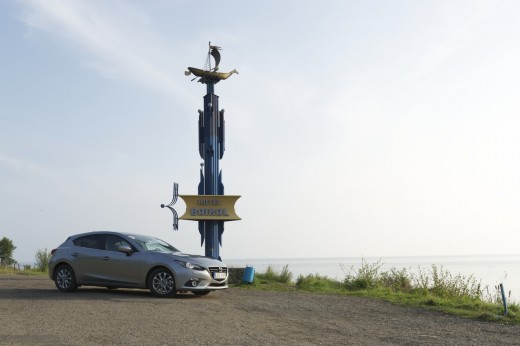 Listvianka has developed as a holiday destination and this is evident in the new hotels being built, the beach side cafes and bars and the souvenir market, but it is a lovely place and if there is a town in Siberia to return to Listvianka is it. 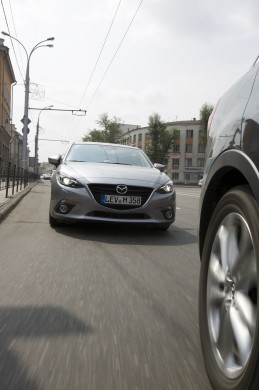 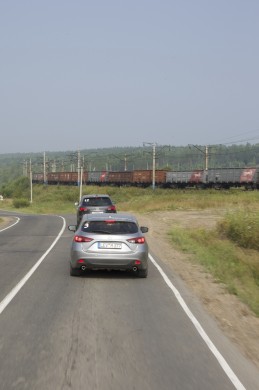 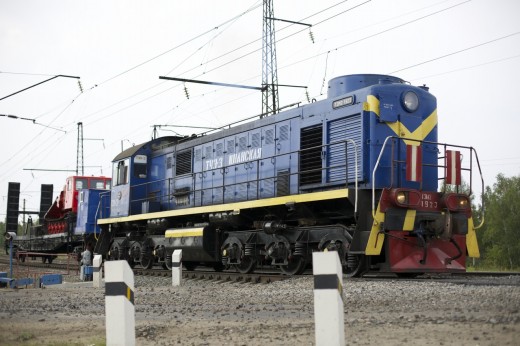 The following day we hit the road again, a short 455km to Tulun, we now seem to be crossing the trans-Siberian railway more often and we are held up by passing trains. I am still amazed by the size of each train, we counted 82 carriages while waiting for one train to pass, most of these are freight trains, we see very few passenger carriages. To take the train from Vladivostok to Moscow takes 152 hours and must be an amazing experience. 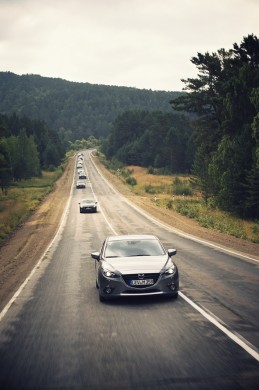 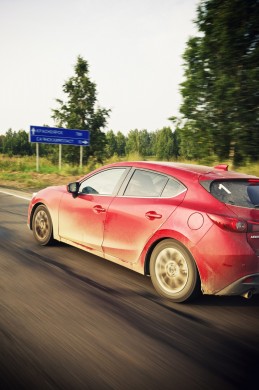 The landscape has changed from the wilderness around Lisvianka to the more manicured landscape of agriculture, with this comes heavier traffic but better roads and even some short sections of motorway. This enables us to increase our average speed and we arrive in Tulun at a reasonable time.

Tulun is a town with very little investment in new building, it reminds me very much of George Orwell’s 1984. Here we talk to a local about the changes from communism to a democracy, the change has benefited the young, they have more freedom to make money, to travel and express themselves, the older generation though crave the stability and security of the communist era. Then you had a job and if you lost your job and were unemployed for two weeks the government would find you a job. Now jobs in remote areas are hard to come by and many are living in extreme poverty trying to make a living any way they can.

The night is punctuated by a PA system blasting out what sounds like a film, shortly after someone is racing cars along the main road, then an explosion and finally we are awoken by the dawn chorus of dogs barking, all great preparation for the final leg of 660km to Krasnoyarsk. 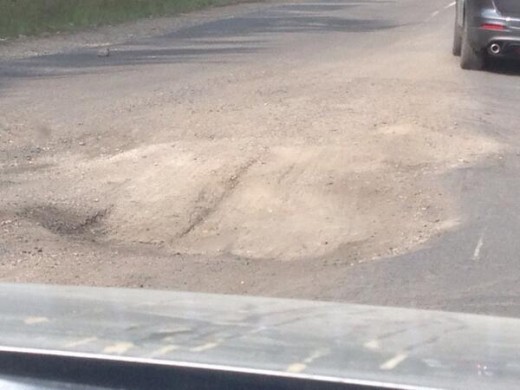 The roads on the final day have returned to the potholed, unpaved surface of stage one, going is very slow. The landscape changes back to forest and then back to farmland, wide open spaces with big skies. 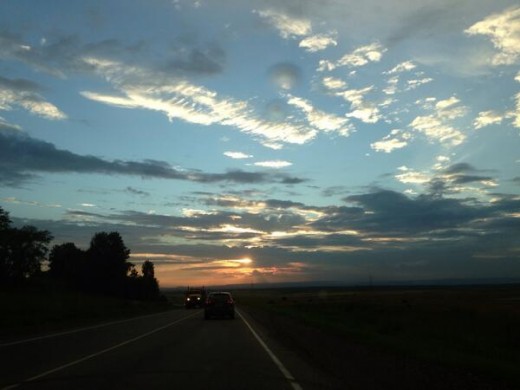 We pull into Kasnoyarsk just after sunset to be met by the Russian Mazda3 club, they have put on a party for us, just a shame we have to be up at 04.00hrs to get the flight back to Moscow.

I have now travelled over 2,000 miles in the all-new Mazda3, and I have to say it is one of the most comfortable cars we have made. There are some great features on this car, the connectivity, the safety aids, the sat nav. But what has impressed me more than anything else has been the durability of this car over some terrible road surfaces, conditions that the car has taken in its stride and performed faultlessly. 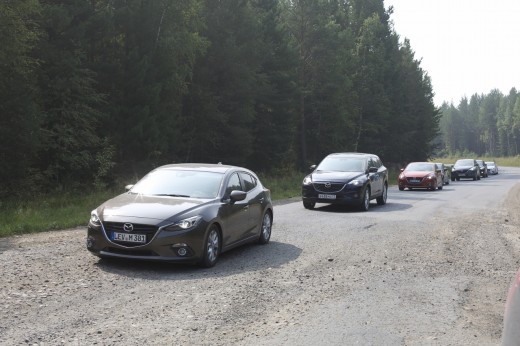 The economy has also been impressive, despite the erratic nature of the drive, heavy acceleration followed by heavy breaking, bumping over rough surfaces, high speed sections and some city driving, the SKYACTIV technology has demonstrated how fuel efficient it is, the 120ps 2.0-litre petrol engine returning 43mpg over 3,500 miles at an average speed of 40mph. 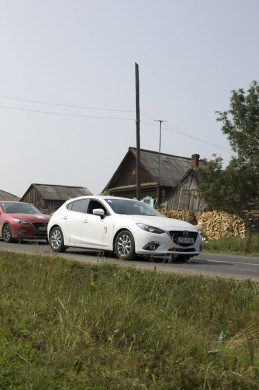 Siberia has seduced me, despite the roads and the standard of driving. The people are genuinely friendly, the log cabins harking back to a time before the widespread urbanization of most of the western world. There is still a lot of pride in their heritage, there is concern over the environmental impact of modernization on the wildlife and flora and fauna and a desire to develop the country into a destination of choice for holiday makers. I hope Siberia gets the recognition it richly deserves. 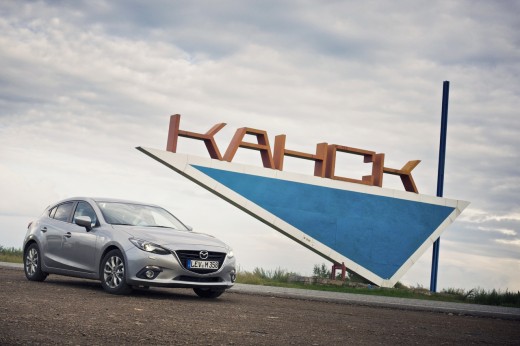 The cars now continue the journey up to Moscow, through Poland and onto Frankfurt Motor Show, arriving on the 7th September. You can continue to follow the journey on Twitter #mazdaroute3 or on www.mazda.co.uk/mazdaroute3.

Watch the video of the third Russian leg of the Mazda Route3 as participants travel around 1,620km from Eastern Siberia’s Ulan-Ude all the way to the city of Krasnoyarsk: http://video.mazda-press.com/en/videos/261