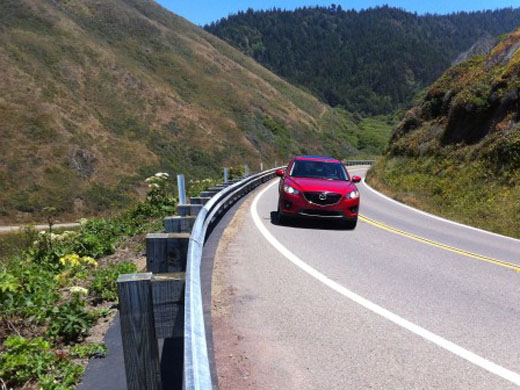 Having spent last year driving the Mazda MX-5 GT4 race car in the British GT Championship I’m pretty accustomed to adventures in a Mazda, but having recently driven from Seattle to San Francisco along the stunning Pacific coast highway, I thought I might share some photos and thoughts from a very different kind of Mazda motoring experience with you. 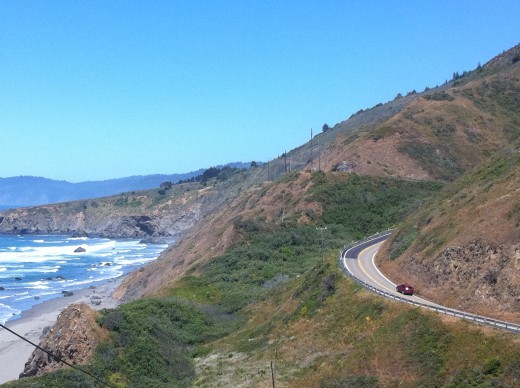 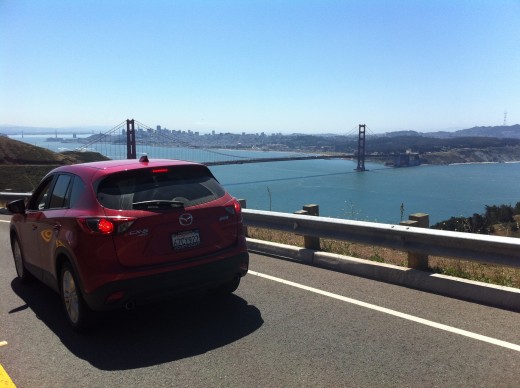 Waiting for me at Seattle Airport, and standing out from the rather mundane US rental car line up, the metallic red CX-5’s sharp looks and upmarket styling made for a welcome sight after a long flight and even longer immigration queue.

The first part of my trip involved staying with family near Seattle – where their neighbour across the street turned out to be a CX-5 owner, too. But after a couple of days it was time to hit the road, starting with a trip into downtown Seattle and a ferry ride across Puget Sound to Bremerton, before looping around the bottom of the vast Olympic National Park to pick up the famous Highway 101 and begin the journey down the American Pacific coast. 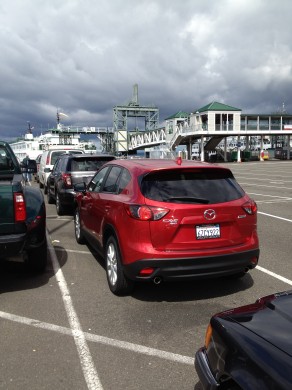 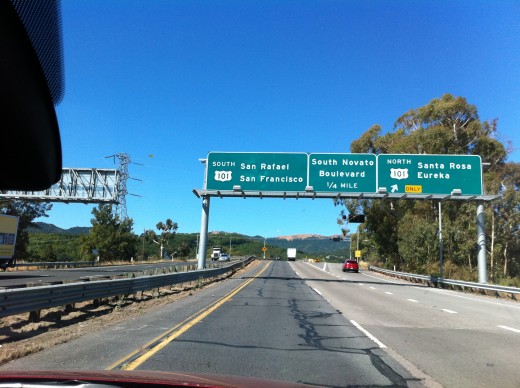 Already the Mazda’s navigation system was proving valuable, while away from the block-to-block straight city streets; the twisty rural roads meant I started to enjoy the CX-5’s fantastic handling, steering and body control.

A 2.5-litre petrol automatic in Grand-Touring trim, the engine doesn’t have the torque rich performance of the SKYACTIV diesel models I’ve driven in Europe, but the generous standard kit tally is close to what you’d find in SE-L Lux over here.

Stopping at the end of day one in Astoria at the mouth of the Columbia river, which marks the border between Washington State and Oregon, the CX-5 was swamped by a pair of vast pick-up trucks in the hotel car park – bringing home the fact that compact SUVs look at lot more compact in the US. 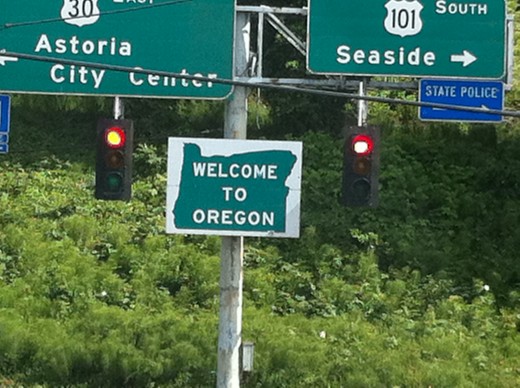 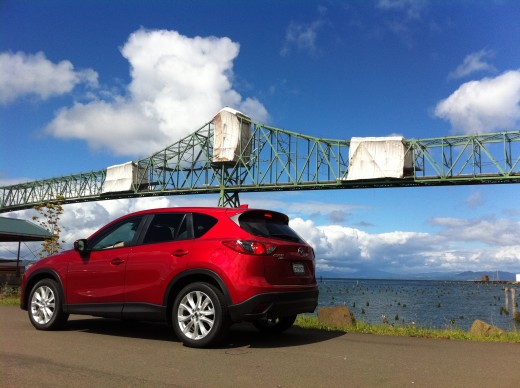 Still, having spotted quite a few CX-5’s on the road it’s clear this Mazda is a popular choice on the other side of the Atlantic. On day two I headed through rural Oregon, along a section of the coast with stunning views. Rocky and rugged, places with names like Cape Foul Weather, give a clue to the remote nature of this area. 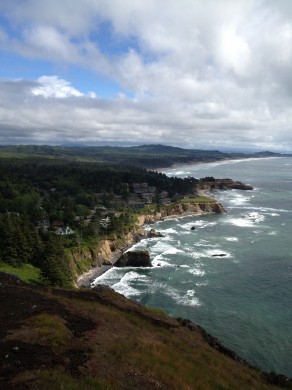 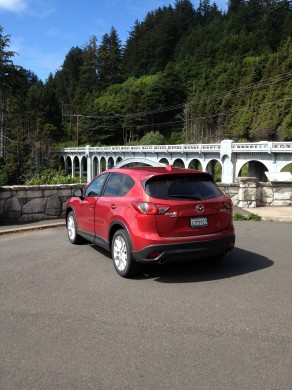 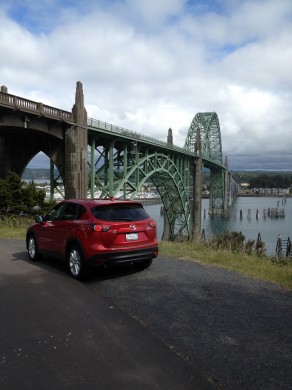 A visit to the Tillamook Aviation Museum saw the CX-5 dwarfed by the vast Word War Two airship hangers and the chance to take a few pictures with some abandoned trains.

This part of Oregon is also famous for its cheese, but I resisted the temptation to fill the boot with diary products and pushed on to Florence, Oregon for my next overnight stop. 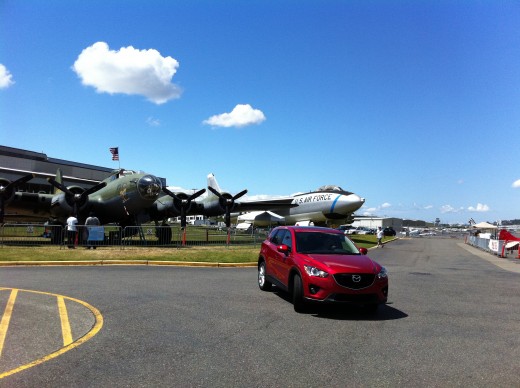 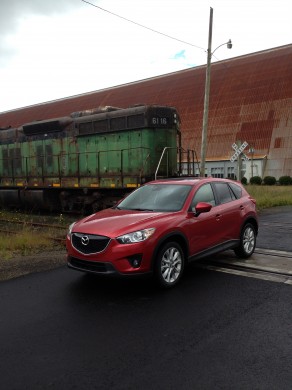 With the weather improving as I headed south, day three was another fantastic day of driving with so many stunning vistas of the coast, forest and river estuaries that it was hard to take it all in. But it’s a mark of how comfortable and relaxing the CX-5 is, that after hours at the wheel, I was still savouring the drive. 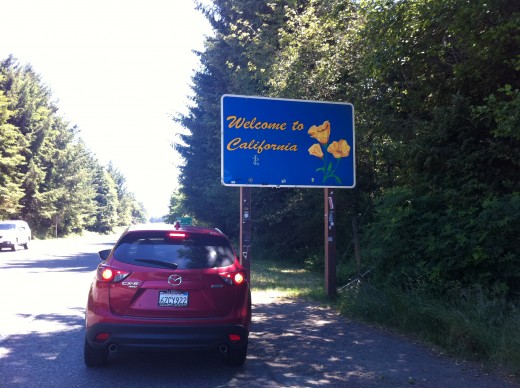 But day four was when things got really magical – heading into California and driving through the Redwood forest, the highway weaves around these enormous trees, some of which are a thousand years old. But before long the scenery was changing again, with the thick forest giving way to the stunning coast line of Mendocino county, where the Mazda looked right at home amongst the trendy bistros and organic restaurants of Mendocino village. 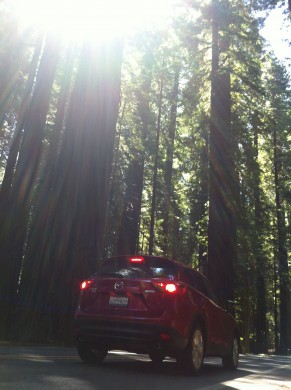 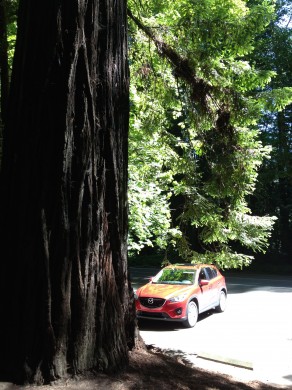 On day five I headed inland into the California wine region and the town of Napa, where the Mazda and I popped in to one of the countless wine estates for a quick vineyard tour. But it was arguably the last day of the drive that was the most spectacular, entering San Francisco over the Golden Gate Bridge on a fog free day, the views were amazing, But I couldn’t leave this famous town without taking the Mazda down Lombard Street, the world famous ‘crooked street’ that’s became an infamous tourist trap. 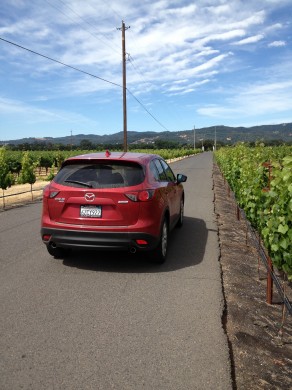 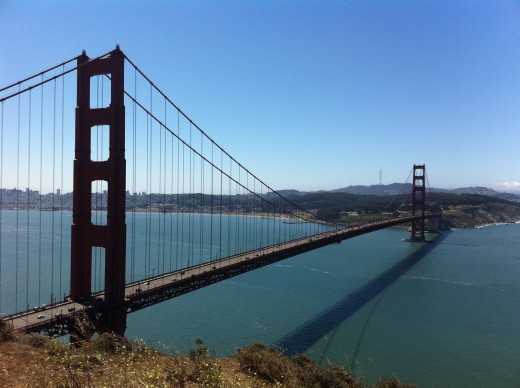 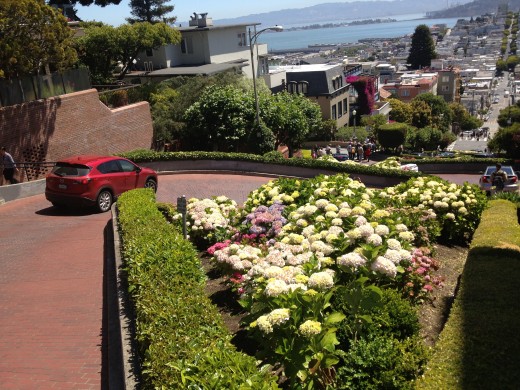 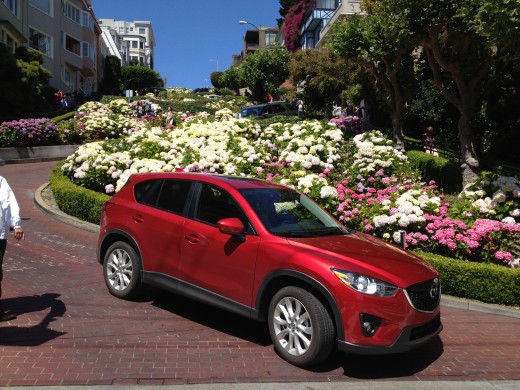 After that it was time to head to the airport and hand the CX-5 back. Comfortable, refined and great to drive it was the perfect companion for this road trip – so much so I found myself wishing I had the time and money to keep going all the way to the end of Highway 101 at the Mexican border.