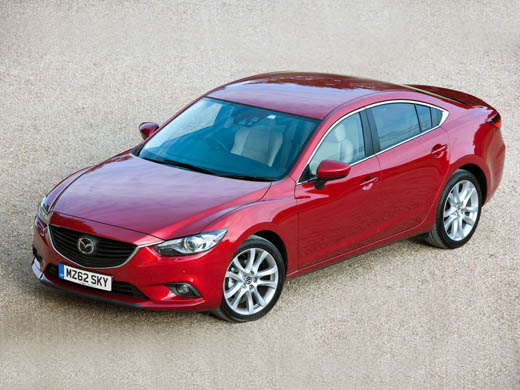 Thanks to its strong driver appeal, revolutionary technologies and striking appearance, the UK’s motoring media were full of praise for Mazda’s new 6 saloon.

With a rating of four out of five stars, best-selling monthly buyer’s guide, What Car? was particularly positive about the new saloon’s efficiency, commenting that “Low fuel consumption and CO2 emissions make the Mazda 6 affordable to run as either a private or a company car.” It goes on to commend the diesel engine, which it describes as “seriously strong and flexible.”

While, Car and Driver described it as a “dynamic sweetheart that can dance step for step with a Honda Accord.” Going on on to complement the cars appearance, “it’s a bold design statement that eschews the timidity that still afflicts some of the segment’s major players.”

MSN Cars was also impressed with the new saloon in its four star review, which described the stylish 6 as a “Clever, accomplished, good-looking and good-value new saloon that is priced to worry the mainstream but has premium ability in places too.” The website added further positive feedback about the “appealing styling, exceptional diesel engine, first-rate manual and automatic gearboxes, responsive dynamics, very roomy, good value for money.”