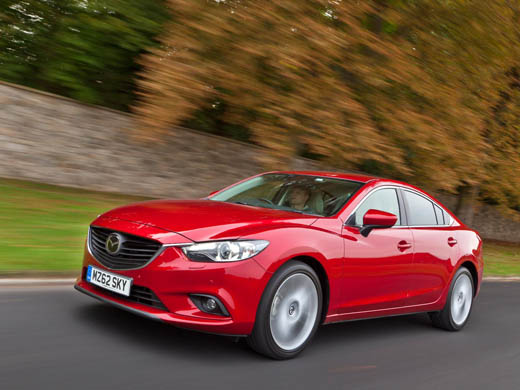 After being invited to get behind the wheel of the new Mazda6 for a first drive, many of the UK’s leading print and online motoring publications had high praise for Japanese saloon. Auto Express weekly car magazine applauded the new saloon’s “sharp looks, efficiency and great driving dynamics, the new 6 shows there’s life in the traditional family saloon yet,” awarding it a rating of four out of five stars.

“Previous examples of the Mazda 6 have always been held in high regard by owners and the media, and this version is on track to continue this trend,” said Yahoo Cars. The online reviews site, added further praise for Mazda’s “attention to detail and engineering innovations.” The site concluded by stating that, “thanks to the new car’s bold appearance, it possesses the visual appeal to confidently stand shoulder to shoulder with the competition.”

But the highest praise of all came from Honest John Motors, who awarded the newcomer a top rating of five out of five stars! Honest John was particularly impressed with the saloon’s appearance, commending the “Striking and beautiful new saloon.” He went on to summarise that it ,”Drives as well as it looks.“