Mazda CX-5 wins Car of the Year in Japan 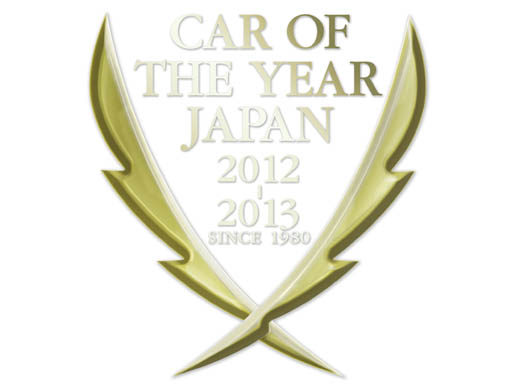 A big congratulations from MazdaSocial to Mazda Motor Corporation, who’s compact crossover SUV, the CX-5 has been named the 2012-2013 Car of the Year Japan. The award was announced by the Japan Car of the Year committee on November 29, 2012.

The CX-5 was the first model to adopt the full range of Mazda’s SKYACTIV technologies including new engines, transmissions, body and chassis. It offers a predictable and refined driving experience together with outstanding environmental and safety performance. It is also the first model to fully embody Mazda’s new design theme, KODO – Soul of Motion. With finely-honed vitality and dynamism, its styling is reminiscent of a cheetah about to pounce on its prey.

The CX-5 equipped with Mazda’s new-generation SKYACTIV-D clean diesel engine boasts powerful driving comparable to a 4.0-liter V8 gasoline engine vehicle thanks to 420 Nm of maximum torque. At the same time, it achieves an SUV class-topping fuel consumption of 4.6 l/100 km with only 119 g/km of CO2 emissions.

In approximately nine months since sales of the CX-5 started in February, Mazda has received 37,000 orders in Japan, more than 33,000 in Europe and over 128,000 globally, and sales continue to be strong.

All passenger vehicles with an expected annual sales volume of over 500 units, announced or launched in Japan between November 1, 2011 and October 31, 2012 are eligible for this year’s Japan Car of the Year award. The last Mazda to be named the Car of the Year Japan was the MX-5 in 2005. The CX-5 is the fourth Mazda to win the award.

Executive Officer Kiyoshi Fujiwara commented, “We are thrilled to have the CX-5 receive such a coveted award and appreciate the warm support and encouragement of our fans. Spurred on by this honor, we will continue to dedicate ourselves to the task of crafting cars that only Mazda can, in order to continue winning the support of our fans and customers into the future.”