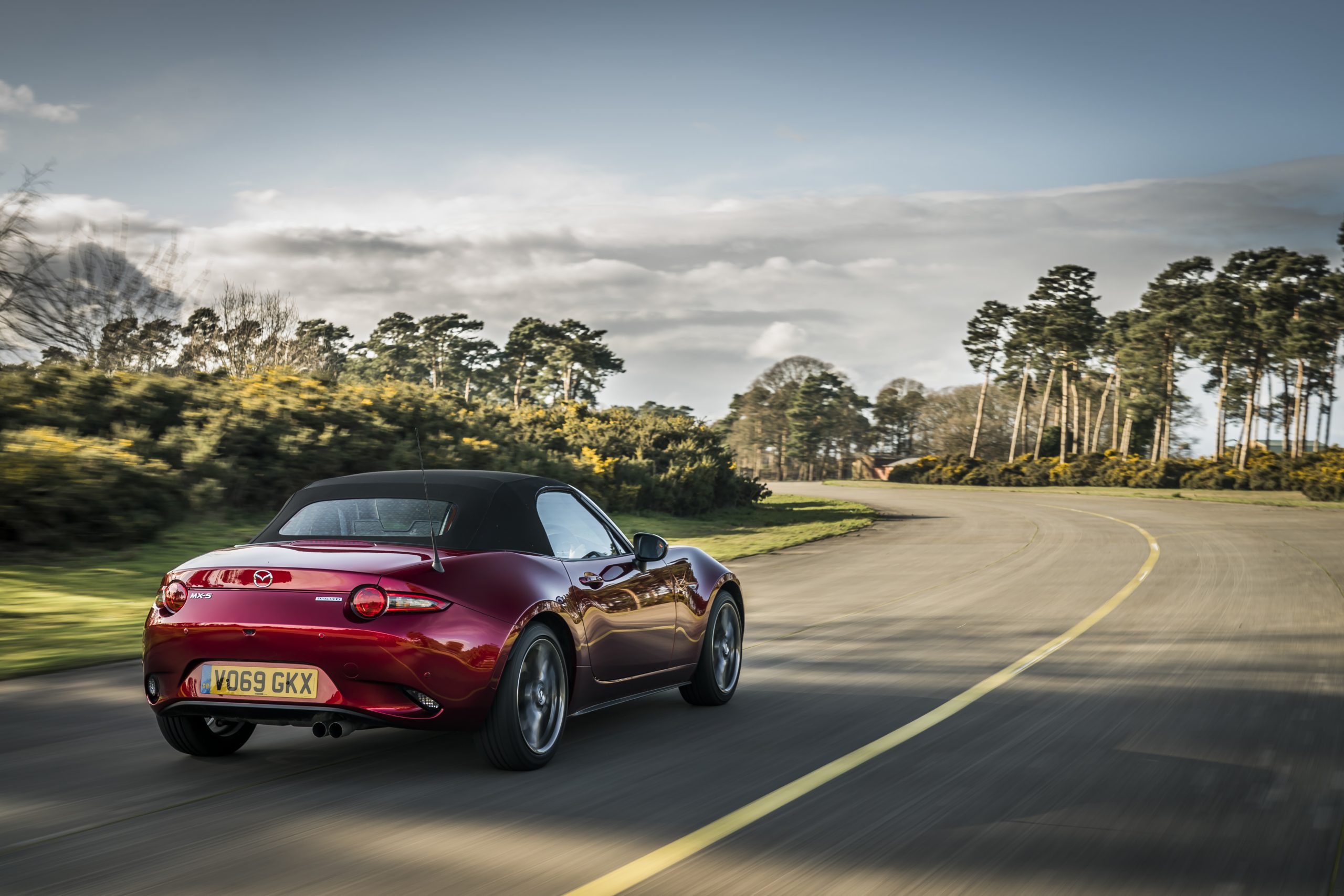 Both the Mazda MX-5 and Mazda’s Head of Global Design, Ikuo Maeda have been honoured by Britain’s oldest and most established motoring title in the 2020 Autocar Awards. Recognising two key pillars of the Mazda brand: design and driver engagement – the editorial team at Autocar have given Mazda a pair of titles in their annual awards.

The Mazda MX-5 has been named Britain’s Best Affordable Drivers Car, while Ikuo Maeda receives the Design Hero accolade. Adding to an impressive roster of prestigious global design awards received by Maeda-San and his team, including the 2020 World Car Design of the Year title for the Mazda3, the latest appreciation from Autocar acknowledges Maeda’s 35 years of success at Mazda and his vision and leadership in the creation and evolution of Mazda’s Kodo Design philosophy.

“He’s overseen a generation of Mazdas that can be traced back to the introduction of Kodo Design in 2012 when the company introduced its stand-out design philosophy to go with its all-new range of cars underpinned by Skyactiv technologies. From then until now, we think Mazda has been producing the best-looking range of cars in the market – crowned recently by the new Mazda3 hatchback  – and that’s all credit to Maeda-San and his team”, commented Autocar Editor, Mark Tisshaw.

Commenting on his Design Hero Award, Mazda Head of Global Design, Ikuo Maeda, said: “when I look at the list of previous winners, all the people on the list are top-notch car designers and I’m proud to be one of them”. During his long career at Mazda highlights have included penning the RX-8, plus the stunning RX-Vision and Vision Coupe concept cars, but alongside these recent concepts, Maeda’s personal production car favourite designs are the current Mazda3 and fourth-generation MX-5.

So it’s fitting that Autocar’s road testers have yet again honoured the MX-5 with their Britain’s Best Affordable Driver’s Car title – an award the fourth-generation MX-5 also took in 2016. A magazine that firmly believes that cars are built first and foremost for driving and the enjoyment of it, Autocar stages two flagship performance car tests every year – one for sub £35,000 models and the other for all-comers. These thorough tests see the cars tested on track and road, with steering, brakes, transmission, chassis, engine and performance all analysed and compared against rivals to find the car that delivers the best driver engagement and fun-factor.

Commenting on this year’s winner Autocar Road Test Editor, Matt Saunders, said: “the Britain’s Best Affordable Driver’s Car contest represents the real car market heartland for our readers and the MX-5 won because it embodies everything an affordable driver’s car should be”.

Adding, “ the fact that the MX-5 won the contest isn’t necessarily surprising, but the confidence it exuded in victory stood out – four of the five judges placed the MX-5 at the top of their list ahead of cars like the Honda Civic Type R, Ford Focus RS and Volkswagen Golf GTI TCR. Focused not on outright grip or top speed, but on finesse, purity and driver engagement, the MX-5 is a worthy current holder of this title, in fact it’s the most consistent affordable driver’s car of the past three decades and from that follows the argument that you could be looking at the best affordable driver’s car of all time”.

The 10-model 2020 Mazda MX-5 range features four convertibles and six RFs, with both MX-5 versions offered with a choice of 184ps 2.0-litre or 132ps 1.5-litre Skyactiv-G petrol engines. With pricing starting at £23,800 – SE-L, Sport, Sport Tech and GT Sport Tech trim levels deliver plenty of choice across the MX-5 range. Plus, limited to just 150 examples, the unique Mazda MX-5 R-Sport special edition has joined the line up this month.

Commenting on the 2020 Autocar Awards, Mazda Motors UK Managing Director, Jeremy Thomson said: “when it comes to driver engagement, the current generation MX-5 has already established itself as a benchmark sports car, so it’s great that this has been recognised by the experienced and respected testing team at Autocar Magazine. The MX-5 is Mazda’s brand icon and it embodies all that is great about our products, its fun to drive character has strengthened the bond between Mazda and its customers for over 30 years. Equally, design is another key factor in Mazda’s success in recent years, and a huge part of why our customers love their Mazdas, so I’m delighted that Autocar has honoured Maeda-San for all his work and talent in creating and refining our award-winning Kodo design.”