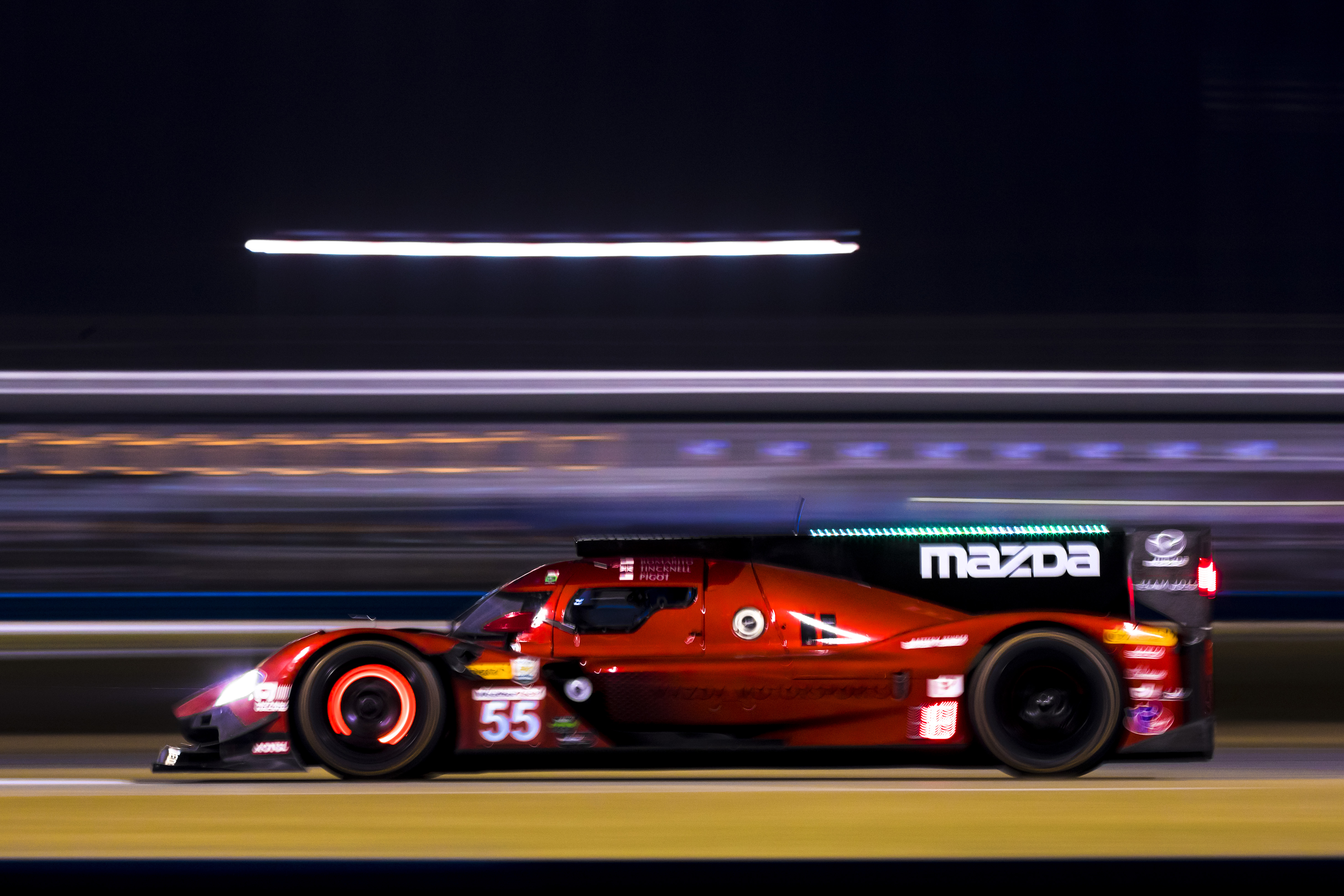 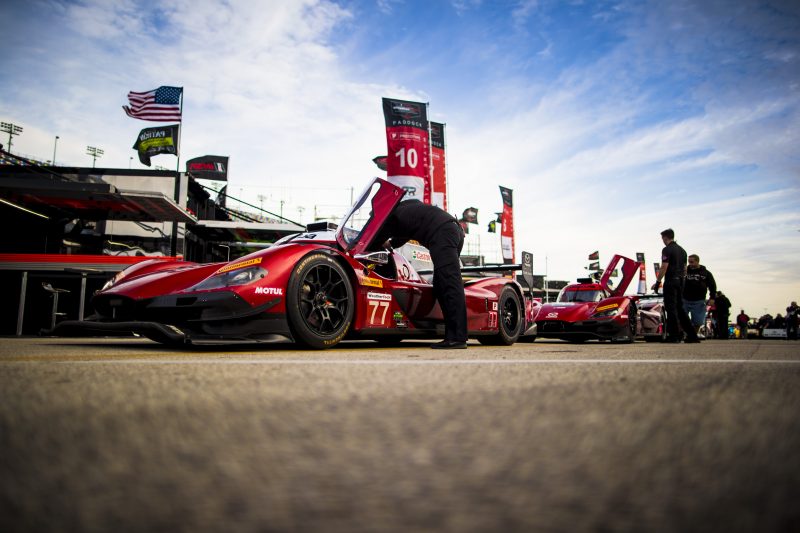 Mazda Team Joest delivered its best result of the 2018 season in the final race with a second and third place at Petit Le Mans. Carrying that momentum into the off-season, the team has furthered its goal of delivering success for Mazda with its selection of drivers for 2019. 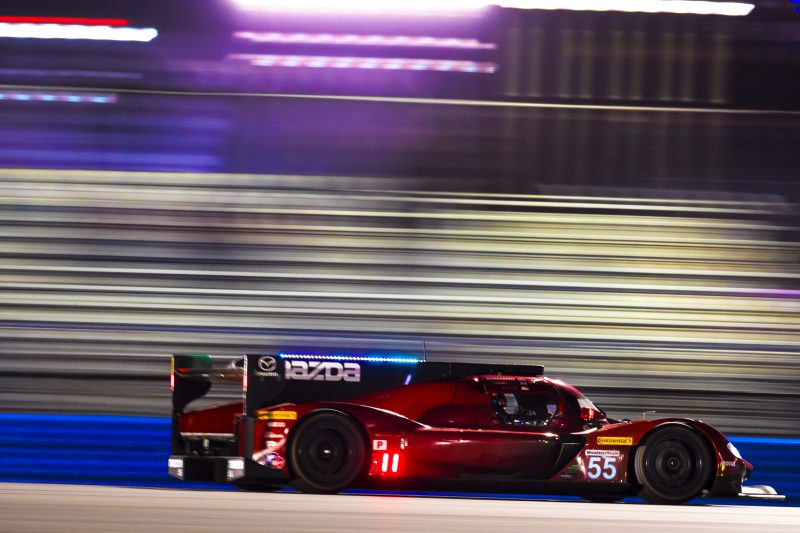 In the number 55 Castrol Mazda RT24-P, Jonathan Bomarito (USA) returns for his eighth season racing with Mazda and will partner with Harry Tincknell (GB), both of whom made up the primary driving pair in that car last year. For the Michelin Endurance Cup races, Olivier Pla (FRA) will round out the driving lineup. Pla, who began his career in open wheel racing and advanced to GP2, is a race winner in the World Endurance Championship and drove to a victory in IMSA’s Petit Le Mans in 2016. 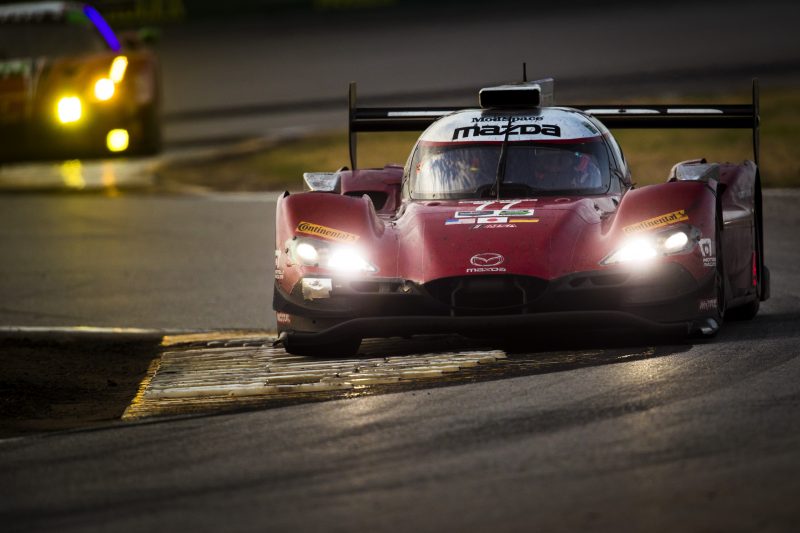 Tristan Nunez (USA) and Oliver Jarvis (GB) will return as the primary drivers in the number 77 Mazda RT24-P. Though he is the youngest driver of the team at 23 years old, Nunez will begin his seventh season of driving for Mazda. He and Jarvis teamed for podium finishes in the 2018 season at Mid-Ohio and Petit Le Mans.

The two will be joined for the Michelin Endurance Cup events by endurance racing star Timo Bernhard (GER). A Porsche factory driver, Bernhard is a two-time champion in the World Endurance Championship and a three-time champion in the American Le Mans Series. He has scored victories in the 24 Hours of Le Mans (3), 24 Hours of Nurburgring (5), 24 Hours of Daytona and the 12 Hours of Sebring. Recently, Bernhard reset the lap record at the Nürburgring in the Porsche 919 Evo.

Behind the pit wall, longtime Joest Racing team engineer, Jan Lange, has been promoted to CEO of Mazda Team Joest and assumes leadership of the day-to-day operation of the team. Motorsports veteran Chris Mower has also joined Mazda Team Joest as Team Coordinator, operating the team’s base in Atlanta, Georgia.

“There is no question that that the level of competition in IMSA continues to rise every year. Class rule separation between the DPi and LMP2 cars mean some adjustments heading into 2019, so everyone at AER, Multimatic, and Mazda Team Joest have been working extremely hard to be prepared with our two Mazda RT24-Ps.  The cars have performed incredibly well throughout our winter testing program and we are very much looking forward to kicking things off at Daytona. We’ve stated from the beginning that our goal is to achieve success for Mazda, Mazda’s dealers & employees, and ultimately the Mazda fans around the world. With this car, and this lineup of drivers, we are poised to make that happen in this 50th year of IMSA competition.  As a partner with IMSA for nearly all of those 50 years, Mazda is excited to make write some new history in the 2019 Championship.”

“I am so pumped for another year of racing for Mazda. The IMSA Prototype class is super competitive, and I can’t wait for the season to start at Daytona. We have great chemistry that we developed over the 2018 season which makes for a fun, positive environment to work in. I’m also really looking forward to another yea with Harry and to have Olivier joining us for the long races. This is our year to really make a statement and put results on the board for Mazda.”

“I am super excited to be back with Mazda Team Joest for the 2019 IMSA WeatherTech SportsCar Championship. It was a rollercoaster ride for us in 2018, but we progressed really well, and I cannot wait to see the hard work from every team member transfer into race wins and a title challenge next season. Fighting for the win at Sebring, Mid-Ohio, Laguna Seca and Petit Le Mans showed how competitive the RT24-P can be, and don’t forget, we led the race at Road America too. Multimatic and AER have done a fantastic job over the off season to improve performance and reliability which we’ve already seen in our winter testing. With so many changes in the last 18 months or so, it’s great to have continuity with the driver lineup with Jonathan, Tristan and Olly and myself supported by the long-distance drivers. We’re all fiercely driven to succeed for Mazda in 2019.”

“I’m really delighted for the opportunity to join Mazda Team Joest for the endurance races at this very exciting time for the DPi category and the IMSA championship. The level of competition is extremely high but looking at the very strong to the end of the season Mazda had in 2018, I just can’t wait to race and fight at the front in 2019. I’ve known Harry for a long time, we have wanted to share a car for a long time, and now I’m really happy to be in the Mazda RT24-P with him.”

“I have a great memory with Team Joest as we won the 24 Hours of Le Mans together back in 2010. I have known John Doonan from Mazda for almost ten years, from the ALMS days, and I have always recognized the passion for motorsport that Mazda has shown. The Mazda RT24-P showed great progress over 2018 and was a strong contender at the end of the season. Sharing the car with super teammates like Olly and Rene who I know well, as well as my new teammate Tristan, made the package very interesting and I was very enthusiastic to join Mazda Team Joest while continuing my program with Porsche.”

“There’s a lot to be pumped up for this coming season. There’s been so much effort and hard work put in since Petit Le Mans to make improvements for 2019. Finishing the season with a double podium gives us a lot of momentum for the 24 Hours of Daytona. The competition is going to be fierce, but I think we are in a competitive window and ready to go to battle. I’m honored to be teamed with these guys as my teammates in 2019.”

“It’s an honor to continue as a Mazda factory driver in 2019. After finishing the season on such a high with a double podium at Petit Le Mans and seeing the progress we made as a team in 2018, I can’t wait to start the season on a high at Daytona. It’s great to be teaming up with Tristan Nunez once again. Having the experience of the 2018 season together is only going to make us stronger. In Daytona we will be joined by two drivers I know very well – Timo Bernhard and Rene Rast, who are not only both fast drivers but a great fit for our Mazda family.”

“It feels great to be a part of Mazda Team Joest again. Last year was kind of a learning process as the team was new to IMSA and the car was new for everyone involved as well. I think now we arrive better prepared and with a better package. Our driver lineups in both cars are outstanding, and Timo is a great addition to the No. 77 because he’s a very experienced prototype driver. The aim is to bring the first victory to Mazda and hopefully win the Rolex 24 at Daytona.”