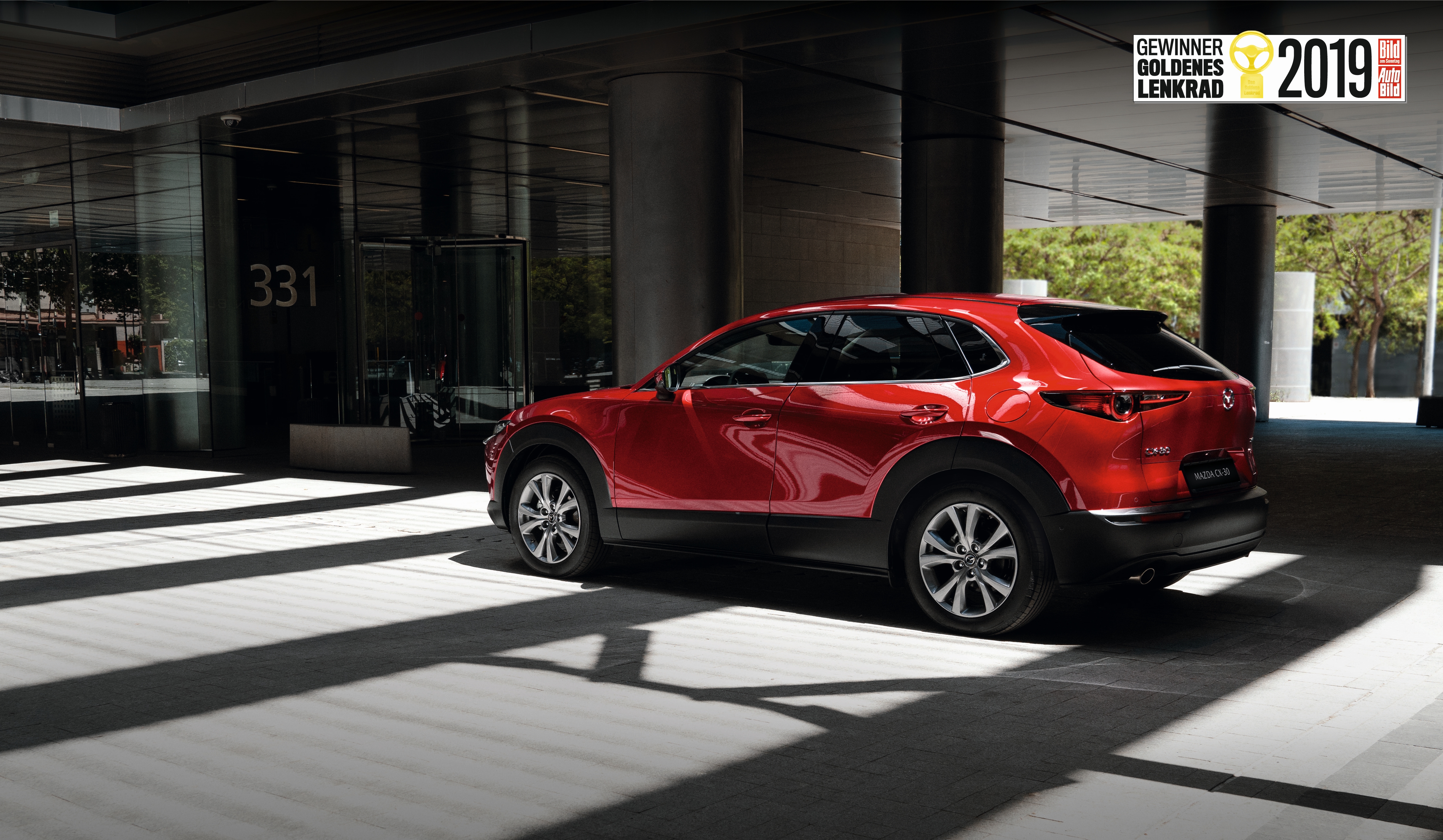 The Mazda CX-30 has won a 2019 Golden Steering Wheel, triumphing in the competition’s SUV/crossover category for vehicles up to 4.4m in length. The all-new compact SUV thus captures its first-ever award in one of the industry’s most important reader’s choice contests. The prize was presented to Mazda Motor Europe President Yasuhiro Aoyama on yesterday evening in Berlin. It is Mazda’s fifth Golden Steering Wheel to date: The Mazda 323 won in 1985 and 1989 followed by the Mazda 626 in 1992 and the Mazda2 in 2014.

Aoyama was enthusiastic at the award ceremony: “I am very proud to accept this extraordinary award for the new Mazda CX-30 this evening in Berlin,” he said. “It shows that we are on the right track with our focus on design, technical innovation and the harmony between the driver and vehicle”.

There were other reasons to celebrate, too, with Mazda’s new Skyactiv-X engine finishing among the top three in the innovation category and the Mazda3 achieving the same in the compact car class. “With the Skyactiv-X, Mazda offers the world’s first mass-produced petrol engine that uses compression ignition like a diesel over wide operating ranges. The fact that this technology was voted among the top innovations by readers in Germany gives us a positive outlook for the future,” added Aoyama.

The Golden Steering Wheel contest, held now for the 43rd time, honours the best automotive innovations of the year. Readers of the Bild am Sonntag newspaper and Auto Bild magazine chose their favourites in seven classes from among 58 vehicles, also casting their ballots for “Most Beautiful Car” and “Innovation of the Year”. The top three vehicles in each category were then test-driven on the Lausitzring in October. The jury of 14 racing drivers and car experts selected the Mazda CX-30 ahead of the Volkswagen T-Cross and Range Rover Evoque.

The all-new crossover made its world premiere at the 2019 Geneva Motor Show. Slotted between the Mazda CX-3 and the Mazda CX-5, it is designed for customers looking for a combination of compact urban-friendly dimensions, generous interior space, practicality and pioneering engine technology. The Mazda CX-30 is available with Skyactiv diesel and petrol engines including the new Skyactiv-X.