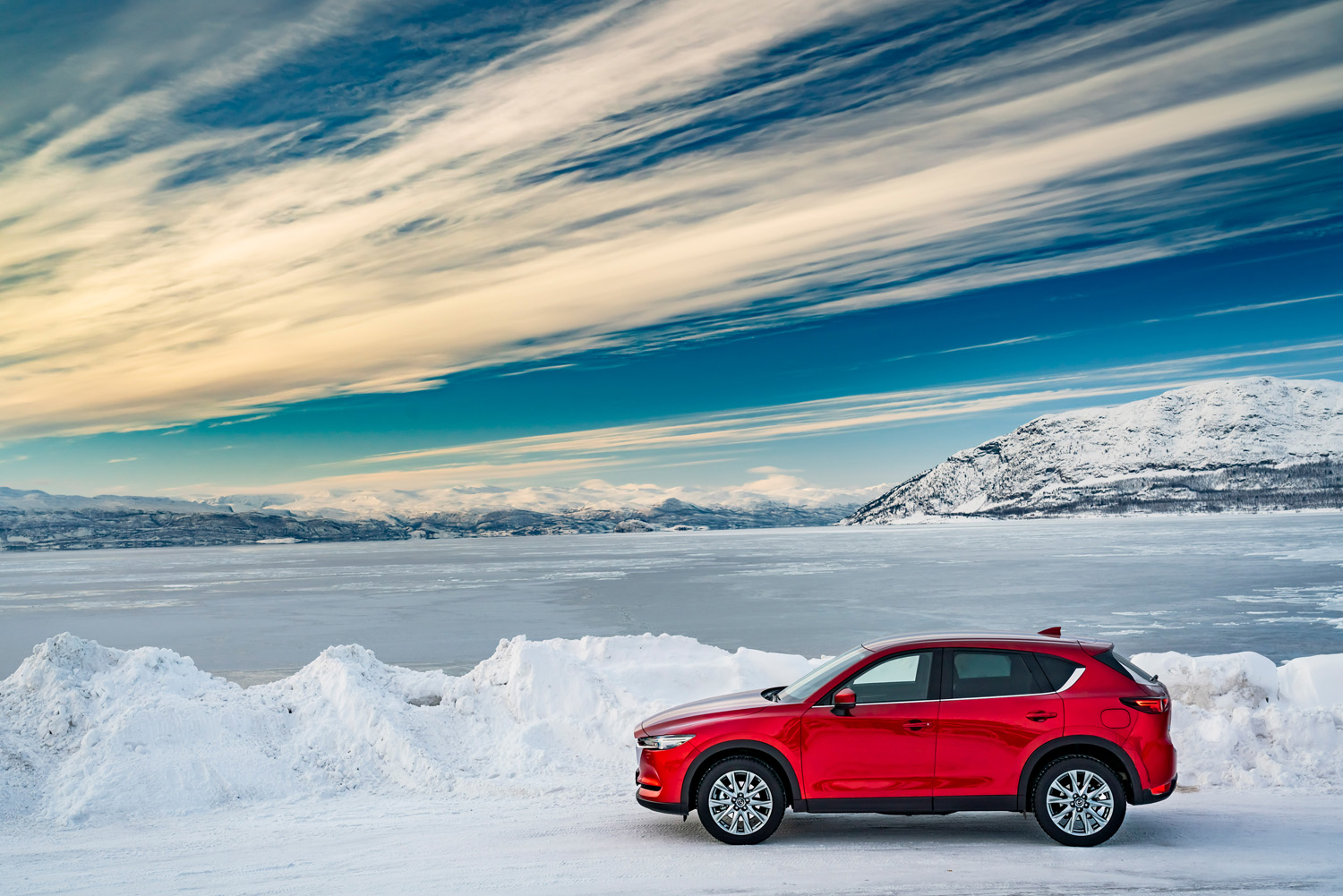 Mazda film ‘Journey to the Nordkapp’ has been recognised at the 2019 AutoVision Awards, taking a Silver OttoCar trophy in the passenger car product film category. An international festival that celebrates the very best corporate films, commercials and multimedia productions in the automotive sphere, AutoVision award ‘OttoCar’ titles to the best films across 42 categories.

Honoured with a Silver OttoCar, ‘Journey to the Nordkapp’ was filmed in March 2019 with the aim of bringing Mazda’s latest Epic Drive media event to life. A film that highlighted the challenge and beauty of driving to the most northerly point in Europe in the depths of winter, the film was shot by award-winning British video production company Kingdom Creative.  With temperatures as low as -30 degrees during the shoot, the film beautifully highlights the stunning yet brutal Arctic landscape and the abilities of the Mazda cars on some of Europe’s most challenging roads.

Designed to highlight Mazda’s ‘love of driving’ ethos and the connection between car and driver found across the Mazda range, the firm’s Epic Drive events give journalists the opportunity to take part in road trips that deliver scenery, testing roads and driving thrills on an epic scale. From lapping Iceland in Mazda MX-5s, to driving across a frozen Siberian lake in Mazda CX-5s and taking on the challenging and lush roads of the stunning Azores in Mazda2s, Mazda Epic Drives deliver a unique media drive experience, one that has to be captured by stunning photography and film assets.

Commenting on the AutoVision recognition, Mazda UK Managing Director, Jeremy Thomson, said: “our Epic Drive media events are the perfect illustration of Mazda’s love of driving, and alongside the words of the media, we need stunning photography and film to bring these locations and drives to life, so I’m delighted that our efforts have been recognised. These films also resonate with our customers, who take driving pleasure from their own Mazdas.”

The fourth Epic Drive film created for Mazda by Kingdom Creative, ‘Road to Nordkapp’ can be viewed here: https://www.youtube.com/watch?v=33zT6mBeBoA. Commenting on the award, Kingdom Creative Managing Director, Simon Harrison said: “when we first heard about the Mazda Epic drive concept, we had no idea it would take us to so many unique places and incredible locations. This is a brave and ambitious media event concept, which has been so well received by journalists, and I’m delighted that Kingdom Creative has the opportunity to create inspiring footage to support their stories and bring it to life”.