Training to ensure your Mazda is repaired to factory standard 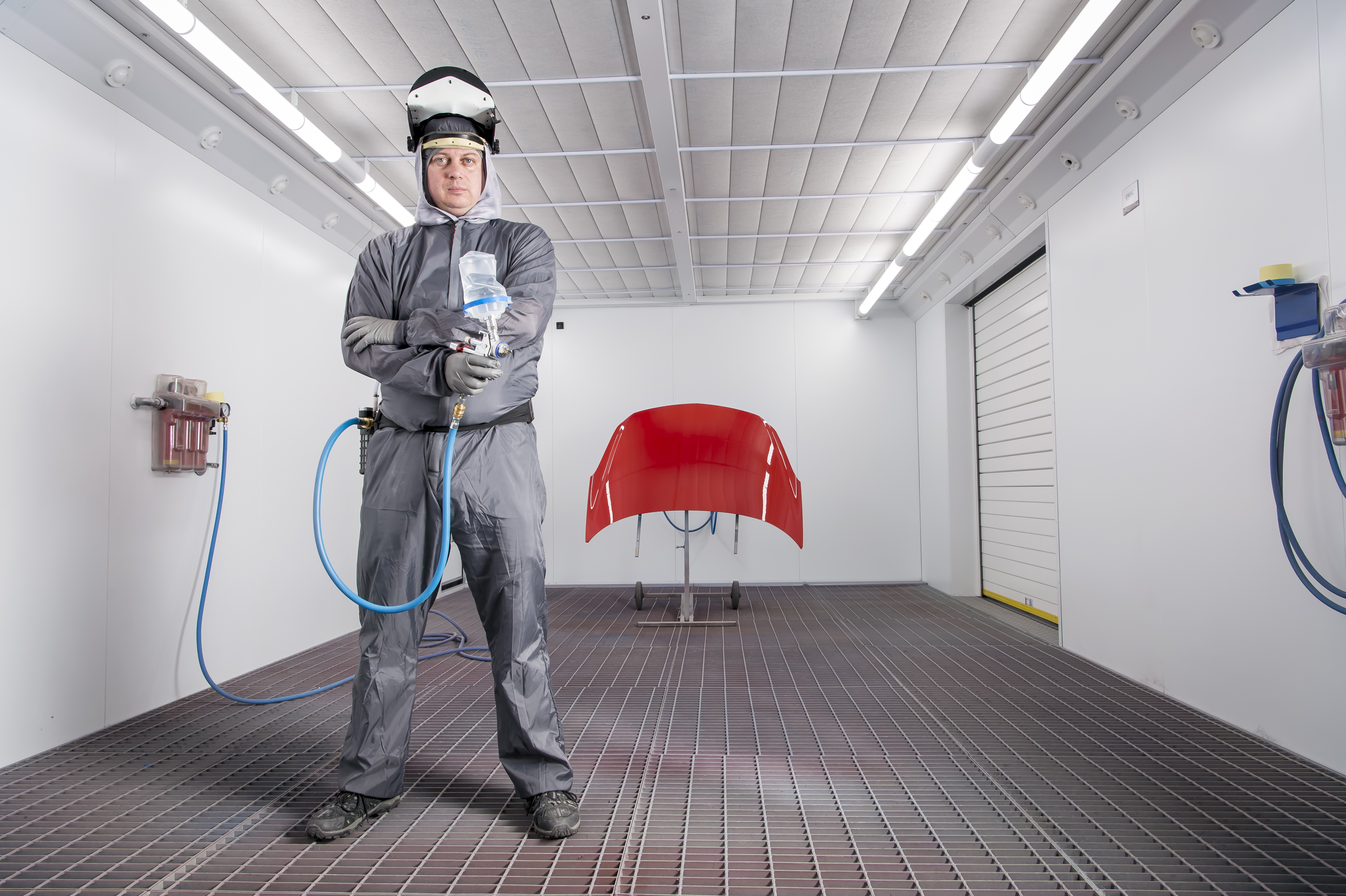 David Wilson-Green, Mazda’s Aftersales Director, explains how Mazda’s newly refurbished training centre for body repair technicians helps ensure cars repaired after a crash are as safe as the day they rolled off the production line.

When a new car is designed and developed, Mazda has one watchword at the forefront of its mind: safety. The brightest brains, highly complex computer simulations, innovative engineering and extensive in-house and independent crash tests go toward ensuring every car meets or exceeds safety standards around the world, in an effort to ensure that when it comes to the crunch, a Mazda will protect the people inside it. 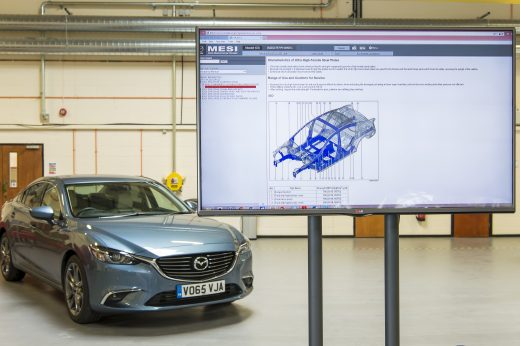 After any accident, the same ethos applies; the repaired car must meet the same safety standards as a new model.

In the eyes of Mazda, there is no better place for repairs to take place than a Mazda Approved Bodyshop, where the objective is to make fixed cars as safe as the day they left the production line.

How safe, exactly? We believe that the repaired car should be able to meet the Euro NCAP crash test rating.

Repairing those cars to such a high standard is no mean feat, however. That’s why Mazda operates what’s known as a manufacturer-approved bodyshop programme. This is a total of 150 bodyshops, appointed nationwide to be a recommended repairer of all Mazdas.

To earn that appointment, each bodyshop facility and its technicians must meet rigorous standards laid down by Mazda and ITAS (International Technical Automotive Systems), our technical training and auditing partner for the approved bodyshop programme.

The ITAS training academy is a new, 33,000ft2 facility in Milton Keynes, which has just undergone a £1 million investment. Tony Young, its Operations Director, says that because the structure of the typical car is becoming increasingly complex, training that is developed in partnership with a manufacturer is arguably the only way to keep abreast of developments. 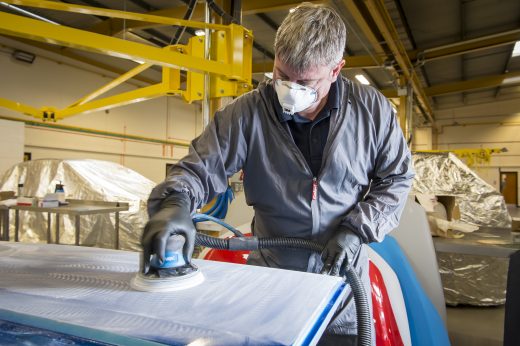 “Cars used to be fairly generic in their construction standards,” says Young, “but these days, they can have as many as 72 different grades of steel.”

This is a by-product of clever engineering and manufacturing techniques that have allowed car makers to reduce a car’s weight at the same time as making it stronger. The pursuit of lighter cars is the holy grail for manufacturers like Mazda, as we strive to lower emissions and improve fuel efficiency.

It’s also about the fun-to-drive feeling. Mazda’s SKYACTIV programme is a good example of that; a stiffer, lighter structure underpinning a car can help make it more enjoyable to drive.

What all this means, however, is that the structure, or skeleton, of a car is becoming ever more complex, calling for specialist, skilled care when any repair is undertaken.

It’s these advances that the highly experienced team at ITAS understands best. Its instructors are typically former bodyshop owners, with an extensive knowledge of the vehicle repair industry. They liaise with vehicle manufacturers to devise training programmes for the latest models, so that the moment the first cars go on sale in Britain, Mazda’s bodyshops have the knowledge and tools to repair them after an accident. 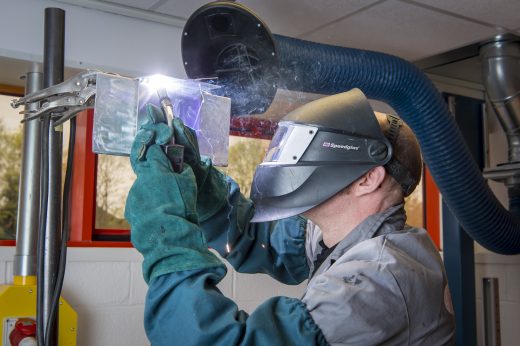 ITAS isn’t only responsible for teaching repair techniques and auditing the approved network of Mazda repairers. It also works with Bentley, Jaguar, Land Rover, Mercedes-Benz and Porsche, amongst others.

Unfortunately, there’s a real skills shortage currently facing the vehicle repair industry. Too few technicians are coming into the trade, yet there are jobs out there for them. In my view, if you can say you trained at ITAS, you can’t say any better. 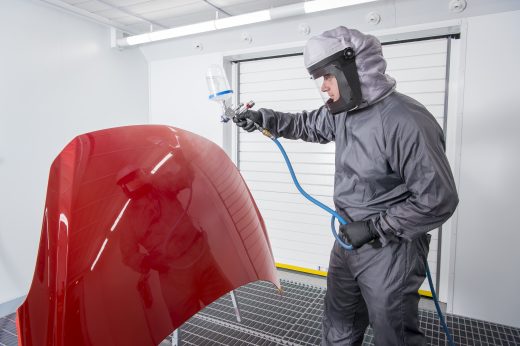 The training courses provided by ITAS to Mazda’s network of repairers is exhaustive. It spans everything from brazing joints on high tensile steel to paint mixing and spraying techniques.

In one class, sections of a car’s sill (a fundamental part of the car’s structure which you step over to climb into the seats) are held aloft on clamps, allowing technicians to worked on them at the same angle they’d be working with when in a crashed vehicle is being brought back to life on a ramp.

The technicians are the surgeons of the car world. And as with a surgeon, one wrong move could spell disaster. For example, take the dangers of working with aluminium; its extremely fine dust suspends in the atmosphere, and if exposed to a spark it combusts in a spectacular fashion (have a look on YouTube). 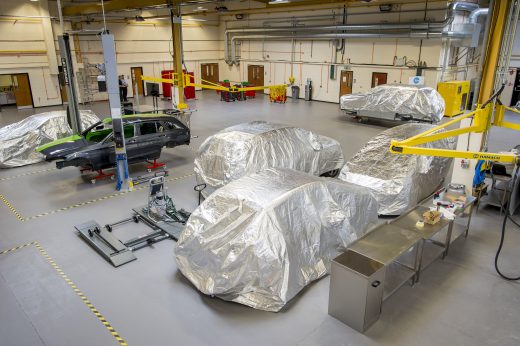 That’s why bodyshops have to invest in the latest equipment, such as the EMM Hamach. This complex dust extraction system, made in Holland, sucks up dust from the latest dual action sanders used for working on steel or aluminium, preventing any contamination entering the bodyshop environment.

Other courses focus on the increasingly complex issue of calibrating the ever-growing raft of electronic driver aids, as Tony Young explains. “Even if these have not needed to be replaced after an accident, it’s highly likely that the windscreen will have been. This calls for recalibration of the radar and camera-based sensors, something that cannot be done at the roadside by a fast-fit style repair.”

Each repair at an approved bodyshop is logged on a database and issued with a Mazda repair certificate. It proves to any future owner, or a dealer looking to buy the car, that the correct repair techniques and genuine Mazda parts have been used to return the vehicle to as-new condition. 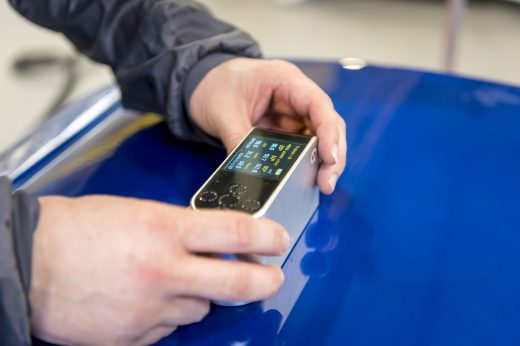 The training provided at ITAS sets the standard for Mazda markets around Europe. The proportion of profit we make out of parts sales through the bodyshops is miniscule. But I’m happy with that. For Mazda UK, the number one driver is the safety of all cars that are repaired by our approved bodyshops. 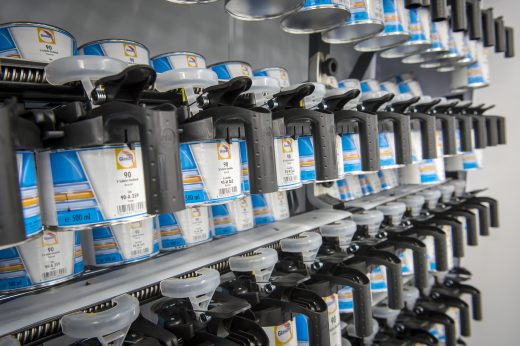