Masterclass: learning to drive again with Mark Hales and the all-new Mazda MX-5 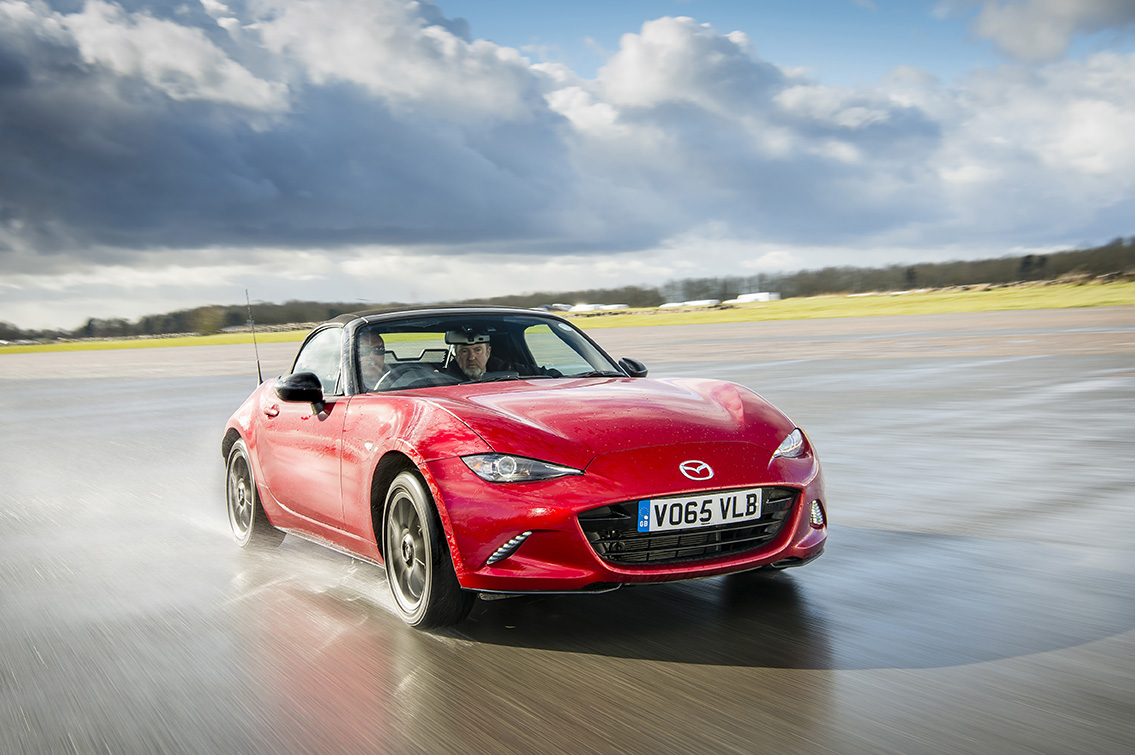 If you’re going to train drivers you need a car that drivers can trust implicitly. One that feels agile yet manages to communicate every nuance to the driver. You need something like the all-new Mazda MX-5.

That’s the view of expert driver trainer Mark Hales. With more than 40 years of motor racing experience behind him, including 10 years devoted to training budding competition drivers, Hales knows what’s needed from a training car.

To experience those qualities, I’m settling into the hot seat of a 131ps all-new Mazda MX-5 1.5, for a day of coaching with Mark. With the wide expanses of Bruntingthorpe airfield in Leicestershire, at our disposal, it promises to be a highly memorable high-speed workout – for me at least. 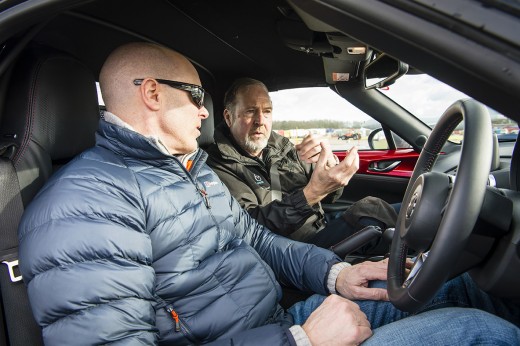 Think for a moment about driving a car. It’s about coordination and which pedals you use when. The delicate interplay between hearing, feeling and touch as to when you change gear. The sense of the steering wheel in your hands and the sensation through your backside as the car moves around on the road. All those things feature, but boil it down and according to expert driver coach Mark Hales the two things that have an influence on everything else are the speed you’re travelling at and the car’s positioning on the road.

If you look at where you want to go, you’ll get there. It’s like if you’re skiing between two gates

So, driving becomes about eye sight and brain power. “You’re looking for the apex of the corner, then when you’ve spotted that, you’re looking beyond it to the exit,” Hales explains. He demonstrates this, away from the car, holding an imaginary steering wheel. As he turns his head, looking for a pretend corner apex and exit, his hands turn the invisible steering wheel. “If you look at where you want to go, you’ll get there. It’s as if you’re skiing between two gates: you look between and beyond them, not at the gates themselves.”

Armed with this knowledge we take to Bruntingthorpe’s complex of runways, me at the wheel of an all-new Mazda MX-5. Mark has been using a succession of MX-5s for the past four years. What attracts a racing driver who has competed in everything from Formula One cars to vintage Ferrari 250 GTOs worth £35m to Mazda’s two-seat roadster?

“Big GTs and sports cars with huge tyres and big engines are just too easy, whereas the MX-5 does move about and you have to drive them properly to get the best out of them. It makes for a really good training car as well as an enjoyable one.”

Mark’s MkIII generation MX-5s typically covered 12,000 miles a year, mostly being driven flat out on racing tracks. In other words, they led a hard life. “They’ve all been reliable; I’ve only had one small problem. The maintenance mainly involves replacing the Dunlop tyres and front brake pads, given the thrashing they’re treated to,” says Mark. 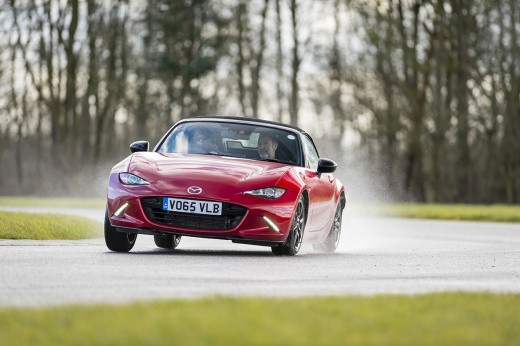 Turning in when I spot the apex, then aiming for the exit and my hands magically do the steering. On one corner, the edge of the tarmac disappears into a muddy rut. It’s there beckoning the unwary. But by forcing myself to ignore it and concentrate on my exit point, I never hit it.

Being greedy with the road is another of Mark’s tips, although this obviously isn’t one to try on the way to Waitrose. “There aren’t cars coming the other way so you can take whatever line you like through the corner,” he says. “Experiment. If you carry maximum speed through this corner it may compromise your position on the road for the next corner.” He was right. It had suddenly turned into a more cerebral exercise altogether.

For Mark, the MX-5 is the perfect car to train drivers in. He smiles as he tells how owners of expensive supercars praise its qualities: “It’s incredible the number of people who attend supercar days. I do some training with them in the Mazda and then they want to stay in it for the rest of the day rather than getting back into their much quicker, more powerful machine.

“The latest MkIV MX-5 is an even better car for this kind of work than the MkIII. Mazda has moved the engine back for better weight distribution. With 205 section tyres there’s plenty of grip but not so much that it makes the car less communicative for the driver. It will certainly tell you if it’s not happy and when the driver is making mistakes.” 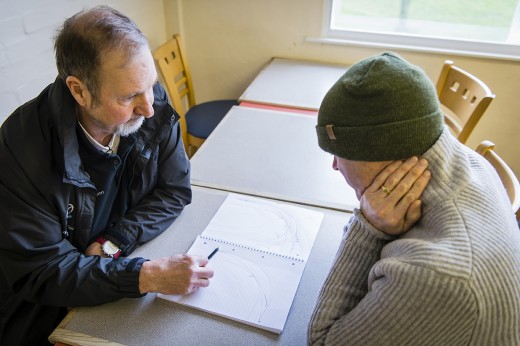 Indeed it does. If you’re not gentle and smooth, loading the tyres progressively as you turn into corners, the car responds. “Steering is the next lesson,” Mark says. “For the moment, concentrate on positioning and speed. They’re fundamental to everything. Get them right and they’ll make you a better road driver too.”

Over a cup of tea and debrief about my driving technique, I ask Mark for his views on the fourth-generation Mazda MX-5. “Everything that I might have wished different on the Mk3, they’ve fixed. It’s much tauter, doesn’t roll as much and has a beautifully sharp front end. Same power but feels faster because it’s lighter, and contrary to what I read, it will definitely oversteer on the limit…”

To sign up to become a better driver and find out more about training courses with Mark Hales and the all-new Mazda MX-5, click here.