How Mazda gets the classic British sports car into gear 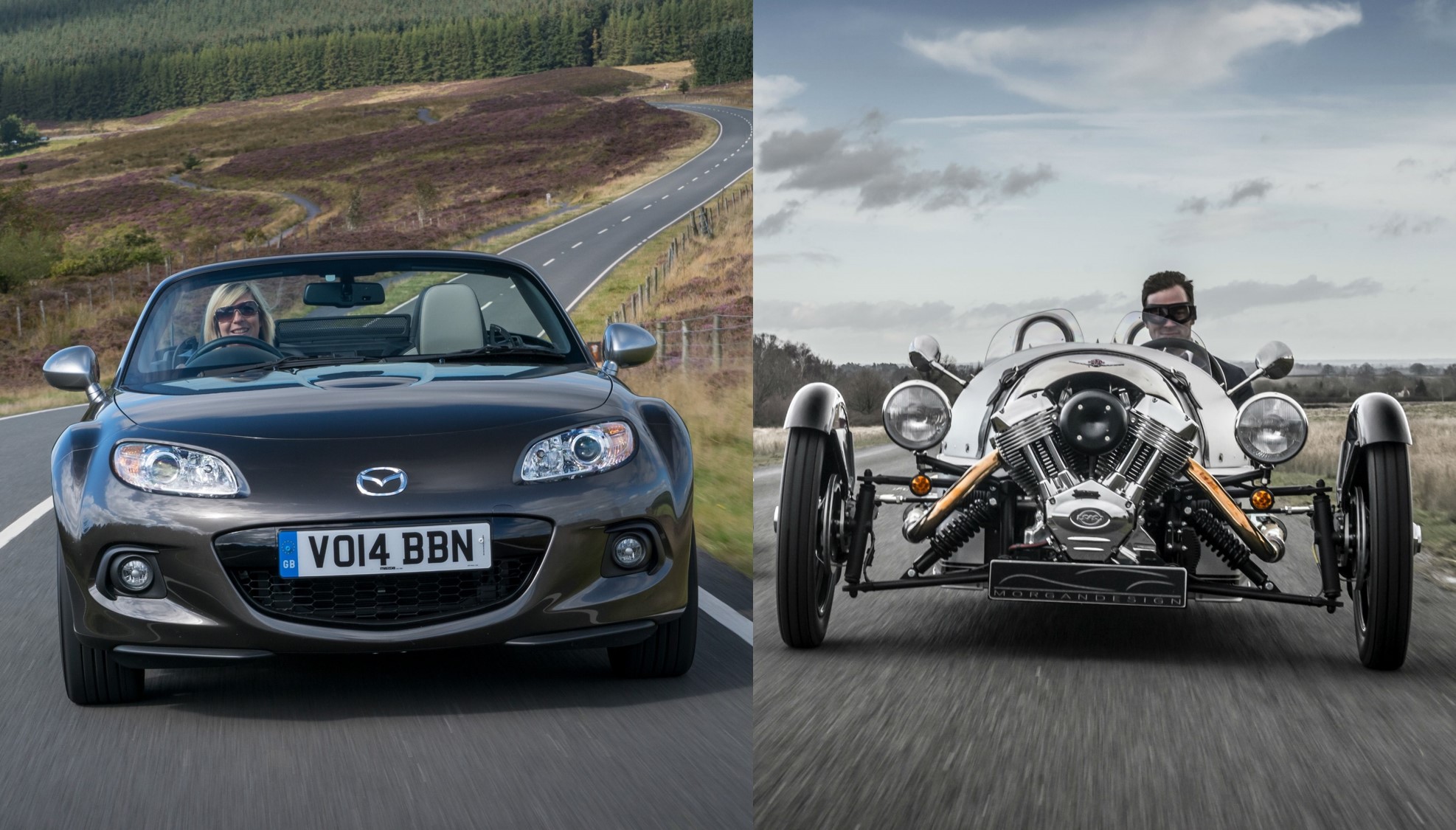 “I’ve always had a soft spot for classic British sports cars. So when I took over responsibility for aftersales at Mazda UK, I wasn’t too disappointed to learn that part of the job would involve managing the supply of MX-5 gearboxes, engines and components to a handful of British car makers.

Morgan, Caterham, Ginetta and Westfield all use the five-speed gearbox from the outgoing MX-5. And you can probably guess why, when that car has a reputation for having the best gearchange of any sports car going.

Morgan, Caterham, Ginetta and Westfield all use the five-speed gearbox from the outgoing MX-5

It might sound straightforward, but obviously a company like Mazda with a hard-earned reputation for reliability doesn’t just hand vital components to other car makers. We need to know that the gearboxes are being installed correctly and mated with engines that are compatible in terms of power and torque delivery. 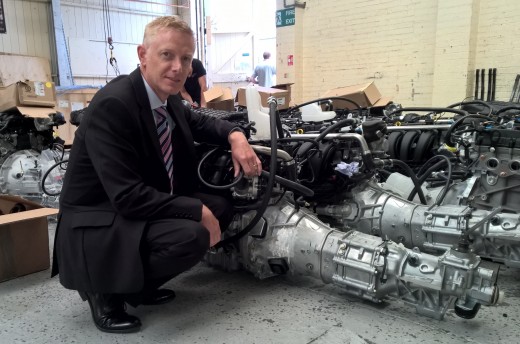 To ensure that happens, we have a contract with Vitesse, a Leicestershire-based company that specialises in adapting our gearboxes to be original equipment for low volume car manufacturers. The staple gearbox for specialist car makers used to be from a Ford Sierra. But as these became increasingly scarce we were approached by Tim Henderson from Vitesse about using the MX-5 ’box. 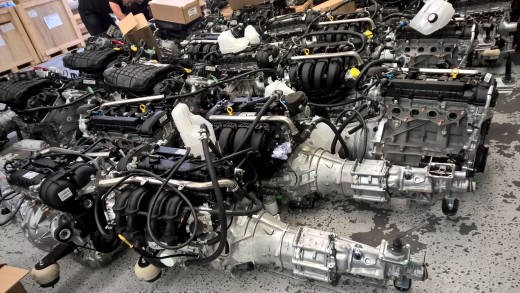 When only the best will do: Morgan fits the Mazda MX-5 gearbox to a range of its British-built sports cars

Around 5000 of Mazda’s gearboxes have been used in this way and our biggest customer is Morgan. It uses them in its Classic, Plus 4 and 3 Wheeler models and over the past few years I’ve built a close relationship with the people at the factory. I remember arriving once a few years ago to be greeted by a cloud of smoke in the car park. It was actually a prototype 3 Wheeler doing donuts. They were proving the car’s durability in one of the best ways known to man: by trying to break it.

Morgan’s managing director, Steve Morris, later admitted to me that they did indeed manage to break virtually everything on the car ‑ apart from the gearbox.

Four Morgan 3 Wheelers were lent to Top Gear Live and spent a week drifting with no gearbox problems!

Since the launch of the 3 Wheeler in 2011, Steve tells me they’ve had just one gearbox failure. And that was from an owner who, shall we just say subjected the car to intolerable abuse. Then there were the four 3 Wheelers that Morgan lent to Top Gear Live which spent a week drifting with no gearbox problems at all. That sort of reliability is a testament to both Mazda and Vitesse. That’s all the more impressive when, as Tim Henderson has pointed out to me, there was nothing to benchmark against for the 3 Wheeler. There aren’t any cars around that mate a two-litre V-twin engine with a five-speed gearbox.

The other Morgans that use our gearboxes were a little easier to develop. The Plus 4 – Morgan’s biggest seller – uses the 2.0-litre Ford Duratec engine. By happy coincidence, that engine was designed by the same person who developed Mazda’s 2.0-litre in the MX-5. As a result the MX-5 gearbox bolts straight onto the engine. With the 1.6 Ford Sigma engine in the Morgan Classic, Vitesse has fashioned a bespoke adaptor plate and flywheel to mate the engine and gearbox. 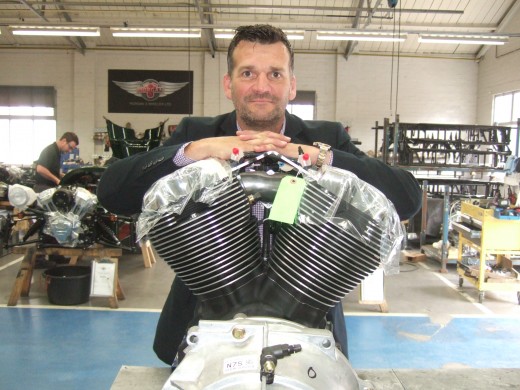 Tim Henderson from Vitesse says the MX-5 gearbox is built tough. It even survived a week of abuse in the hands of stunt drivers at Top Gear Live

Although Tim tells me Vitesse usually spends a couple of months doing the initial engineering, it only takes his four technicians a short while to adapt the MX-5 gearbox for each Morgan Plus 4. And he reckons they need about an hour and a half to modify the gearbox for a Caterham.

Each month Vitesse delivers 75 to 80 gearboxes to its various customers. To ensure we can supply that demand, Vitesse provides a forecast 12 months ahead. The gearboxes are shipped from Japan to our stores in Willebroek, Belgium. Then every month a 45-foot articulated lorry turns up at Vitesse with the parts ordered. As time passes I have a feeling those lorries are going to become slightly more frequent.

What’s next? Mazda is working on supplying the MX-5’s automatic gearbox

One of the most recent projects Mazda and Vitesse have been working on is using the MX-5’s automatic gearbox in the Morgan Plus 4. This has taken a lot of work to ensure it’s perfect. We couldn’t use the Mazda ECU and although the gearbox is fine in standard specification, Morgan asked for some changes to tailor it to the tastes of its owners.

Tim explains: “Morgan wanted a car that was both easy to drive as a full automatic and capable of giving the enthusiastic driver even more in sport mode. Now it’s programmed so that in sport mode it won’t change up automatically if you want it to hold a gear. It means you can bounce the engine off the rev limiter if you like.” 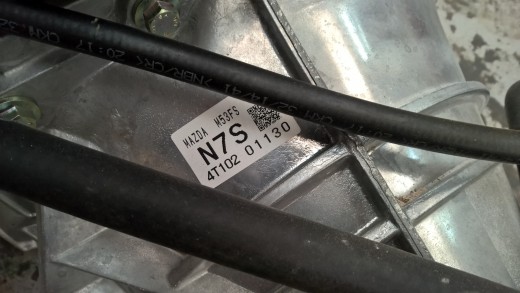 Built in Japan, adapted in Britain and enjoyed by car nuts the world over – but there aren’t many clues that the gearbox is made by Mazda

Vitesse has also adapted the MX-5 gearbox for the MGB, and in the near future, will do the same for the MGA. Shift quality aside, there are few clues on the gearbox itself that it’s from Mazda. Astonishingly when they looked into it, they found that the ratios of the MGB’s differential is identical to an MX-5’s to within three decimal places! And when they put in our gearbox, the lever was within five millimetres of the original.

However, it wasn’t all plain sailing. Vitesse did have to work out how to fit a mechanical drive for a speedometer to enable anyone having their gearbox replaced to retain their original speedo and genuine mileage. Owners who have their gearbox replaced with an MX-5’s can even put their old one back in should they want to sell the car as original.

As an enthusiast it’s great to know that this classic English sports car has been given a new lease of life by the machine it helped to inspire.”

Watch the video interview with Nobuhiro Yamamoto, the man responsible for the MX-5