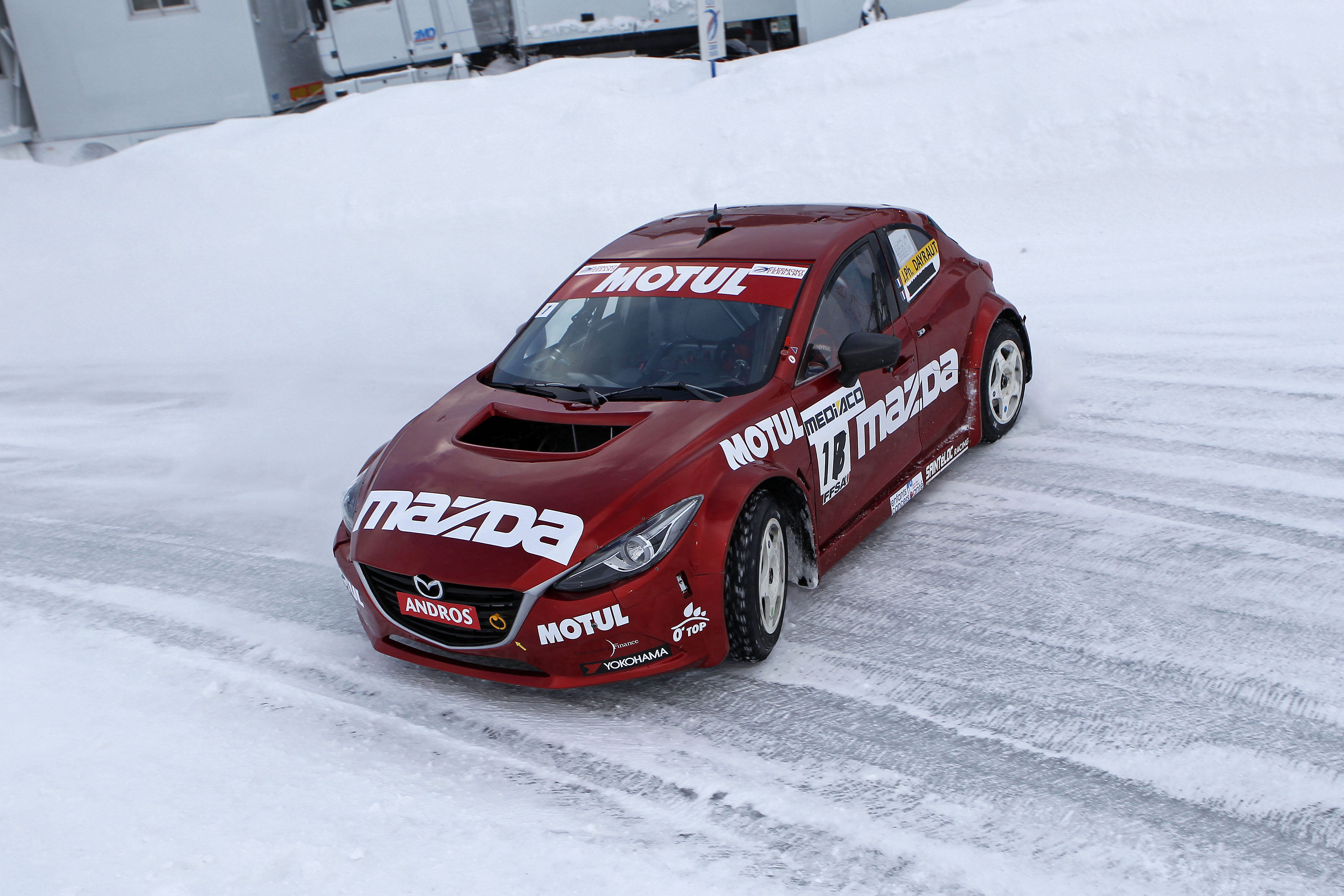 Driving a Team Mazda France Mazda3 Jean-Philippe Dayraut took the 2014/15 Trophée Andros title by just one point from ex-Formula One driver Olivier Panis. Contested over six-rounds the famous Trophée Andros has been a highlight of the French motorsport scene since 1990, uniquely bringing four-wheeled action to the Alpine winter sports scene.

Fitted with studded tyres and all-wheel drive to ensure traction on the ice surface, four-wheel steering helps to angle the car into corners by turning the rear wheels in the opposite direction to the fronts as the driver turns the wheel. The result is exciting sideways action – so sideways that the Trophée Andros Mazda3 has wipers on its side windows.

Having secured his sixth Trophée Andros title Jean-Philippe Dayraut commented “arriving in Trophée Andros with a new car was a big challenge for Team Mazda France. To win with the Mazda3 in the first year is therefore a tremendous performance. I am delighted that Mazda has made such great efforts and thank them for trusting me. Now my sixth title is won, there’s only thing that interests me is getting a seventh.”

Mazda France President Philippe Geffroy added “everything came down to the last race of the season but thanks to his talent Jean-Philippe Dayraut was able to control the race and win the title. This was our goal from the beginning of winter and the title has been all the more rewarding because it’s been hard-won against strong competition.”

In addition to winning the title, the second Mazda3 of Finn Topi Heikkinen finished 7th in the Elite 1 championship standings, while amateur drivers Jacques Wolff and Patrick Lhoste both finished in the top ten of the Elite 2 category for non-professional drivers.

To celebrate their championship success Team Mazda France will be action this weekend at the end of season non-championship Super Final event at Saint-Die-des-Vosges on the 7th February.