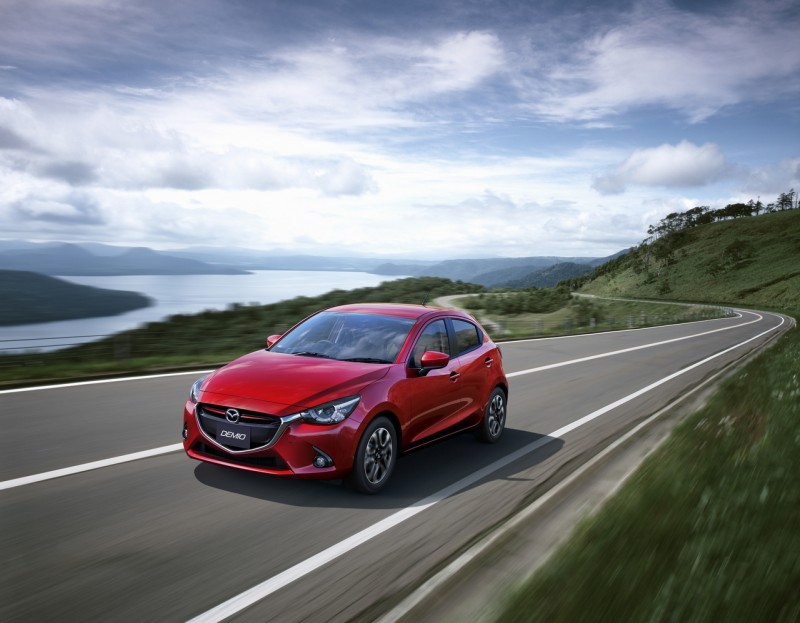 In recent years, Mazda has introduced a series of vehicles featuring innovative SKYACTIV technology and the company expects SKYACTIV models to account for 85 percent of global sales by fiscal year ending March 2016. Additionally, the automaker is working to establish a global production footprint, one of four key initiatives laid out in the Structural Reform Plan announced in February, 2012. The start of production of the all-new Mazda2 at MMVO, start of operations at the engine machining plant, and planned production capacity increase represent major steps forward in both of the above initiatives. MMVO’s engine machining plant adopts the same advanced production technologies as Mazda’s Hiroshima Plant, ensuring an engine parts processing line that is both efficient and capable of producing a diverse range of products.

MMVO President Keishi Egawa said; “With the start of production of the all-new Mazda2, operations underway at the engine machining plant, and an increase in our annual production capacity, we now have an even stronger production framework capable of supplying global markets with SKYACTIV products of the same high quality level as those made in Japan. At the same time, we are pleased to be able to make a contribution to Mexico’s further economic growth.”

MMVO is Mazda’s third global facility to begin manufacturing the all-new Mazda2 following Hofu Plant in Japan, where production started in July, and Auto Alliance (Thailand) Co., Ltd., where production began in September. Moving forward, Mazda aims to enrich the lives of its customers through a variety of contact points including the manufacture of high-quality vehicles, and become a brand which maintains a special bond with those customers.

* A plant where forged engine parts are shaped by a controlled material-removal process.