Mazda SKYACTIV Technology: The innovations you need to know about (Part two) 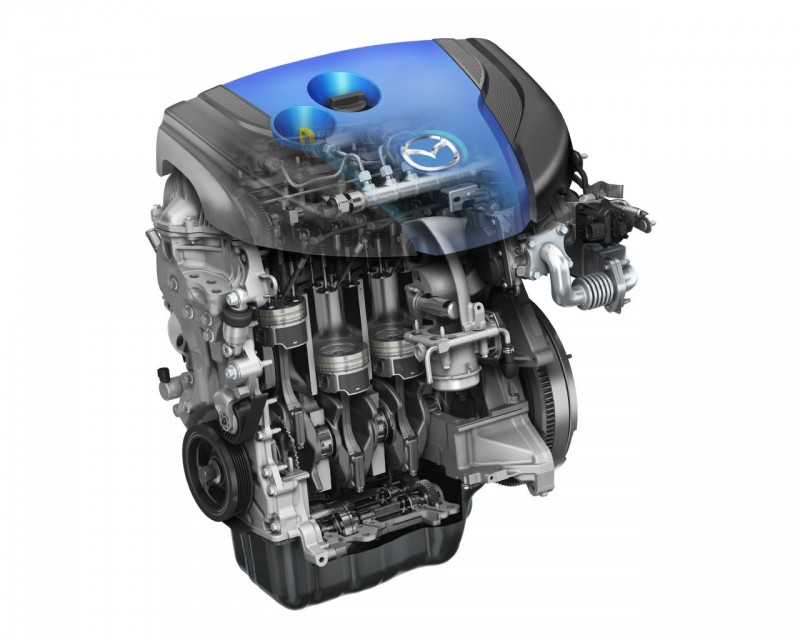 What is SKYACTIV technology? Joachim Kunz, senior manager at Mazda’s European research and development centre in Germany, explains the Mazda innovations you need to know about.

“We believe it is better that every model built by a car company benefits from technology that can lower weight, reduce emissions and improve fuel consumption. That’s why we feel SKYACTIV is more efficient than hybrid technology, which adds weight and complexity, is really expensive for the customer and therefore confined to niche models. Our innovations come at no extra cost to the driver.”

2. SKYACTIV TECHNOLOGY REDUCES THE RUNNING COSTS OF A MAZDA FOR DRIVERS

“Our driver was that if we could make Mazda vehicles more efficient, they would be cheaper to run for our customers. The improvements were appreciable: a 20 per cent reduction in fuel use for the new Mazda6, compared with its predecessor. This called for a radical rethink of the engine’s components and tuning. On our gasoline-engines we raised the compression ratio – the key measure for high efficiency of the combustion process – to 14:1, which is world’s highest for cars and considerably more than a Formula One engine. There are new, lighter conrods and pistons, fitted with low-friction rings that reduce losses by a massive 37 per cent. 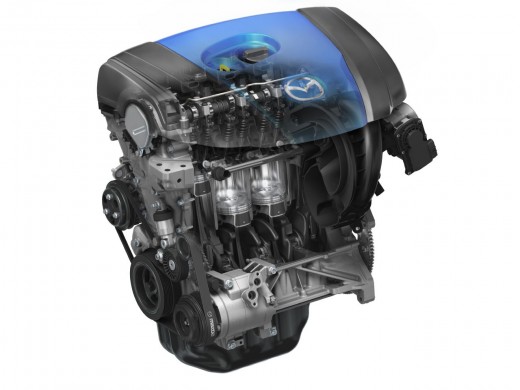 It’s commonly known that combustion efficiency improves with higher compression ratios. But here the knocking phenomenon is the limiting factor. Therefore a bundle of new technologies to avoid knocking had to be developed. Highlights are the pistons with specially designed cavity in the surface, a special exhaust system for removing the residual gas in the combustion chamber and advanced injection and engine control systems.”

“Most diesel engines use just one turbo charger. This often leads to compromise, as the turbocharger is only effective at certain points in the engine’s operating range. So Mazda engineers used two turbos for the SKYACTIV-D; a small one for high torque and excellent response at low engine speeds, and a larger turbo for impressive power and performance at high engine speeds. There is no more “turbo-lag” existing,  as a result drivers’ get the most responsive diesel engine in its class. And again this advanced technology is used for all 2.2-litre diesel engines, starting from the low power version, which is unique in the market. ”

“When the world tells you that one of your cars has the best gearshift of any sports car on the road, it would be foolish not to sit up and listen. That’s why Mazda’s engineers took lessons learned from the MX-5 sports car and applied them to the manual SKYACTIV-MT manual gearbox. Besides the weight saving of 30 per cent, it results in a very short, precise and seriously satisfying gear change action that puts a smile on every driver’s face.” 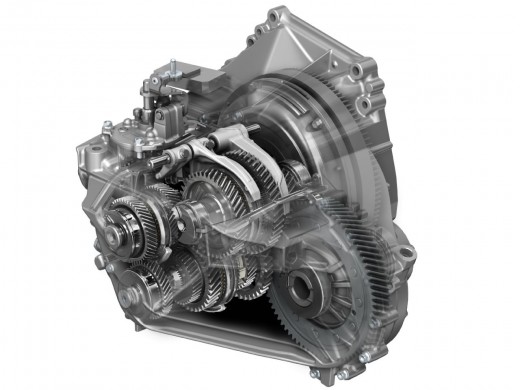 5. SKYACTIV TECHNOLOGY HAS A BRIGHT FUTURE

“The first generation of SKYACTIV technology is helping Mazda towards its goal of lowering fuel economy and cutting CO2-emissions by 30 per cent (compared with 2008 levels). But work is already underway on the second generation of technologies, and our target is for a further 30 per cent improvement. This will make our cars more efficient than hybrids and at clearly lower prices. Innovations include petrol engines with an entirely new combustion process that doesn’t only rely on a spark plug for ignition – known as a Homogeneous Charge Compression Ignition (HCCI) – and an even higher compression ratios. Watch this space…”