Mazda SKYACTIV: The innovations you need to know about (Part One)

What is SKYACTIV? It’s the question Mazda engineers are asked more than any other. To give the most authoritative answer, Mazda Social turned to Joachim Kunz, senior manager at Mazda’s European research and development centre in Germany. Joachim is leading work on the next generation of SKYACTIV technology so perfectly placed to explain the SKYACTIV innovations you need to know about… 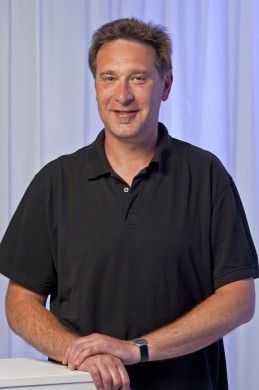 1. SKYACTIV IMPROVES EVERY ASPECT OF A MAZDA’S PERFORMANCE

“SKYACTIV is not one single engineering innovation. It is a philosophy about how to build cars. Think of it as a person who sets out to become fitter, healthier and happier. Our engineers begin with a clean sheet of paper and ask how they can improve every aspect of a new Mazda’s performance.

We consider production efficiency, the type of materials used in a car’s construction and their weight, strength and safety, the design of the bodywork to help lower aerodynamic drag, as well as the steering and suspension systems that ensure every Mazda has our trademark fun-to-drive feel. And then there is the transmission and engine, as well as associated mechanical and electrical systems, where huge improvements can be made if you break the rules and think differently.”

2. SKYACTIV COMES AS STANDARD WITH EVERY MAZDA

“SKYACTIV is not an option or a trim level for certain models. It is engineered into the DNA of every Mazda launched since 2012 – another example of how Mazda defies convention. We have taken this unusual step because we believe every driver deserves to benefit from SKYACTIV. The move is integral to achieving Mazda’s objective of improving the average fuel consumption across the range of vehicles by 30 per cent until 2015 compared with 2008 levels. And this benefit is applied to each Mazda vehicle, not only to special “ECO-badged” models as in the case of most competitors.”

“When you make a structure lighter it could become weaker. But Mazda’s engineers found a way to construct a new generation of platforms that increase the use of high tensile and ultra-high tensile steel. Why is that good? Because it is thinner than typical steel, yet stronger. It makes our SKYACTIV cars, like the Mazda6, around 14 per cent lighter than they would otherwise have been. All that would be worthless if we didn’t use such materials correctly: our SKYACTIV platforms reduce the number of independent sections used in their construction, in turn improving the stiffness of the structure that the car is built around by about 30 per cent. This is good for handling, refinement and crash safety.”

“There are some fantastic benefits to designing Mazda models using SKYACTIV technology, such as fun: a Mazda will always have its signature fun-to-drive feel. This is nothing new for Mazda; the approach was adopted for our first car, the R360 Coupe of 1960. With a SKYACTIV generation Mazda, every driver will notice that our cars feel agile yet stable, comfortable yet taut and composed, responsive and refined. Usually you can’t have one with the other, but by engineering a stiffer body structure we help the suspension components and electric power steering system work at their optimum levels. This creates a harmony between man and machine.”

“A key attribute for each combustion engine is the compression ratio, it’s determining performance, efficiency and emissions.  And it’s the best example for Mazda’s approach of “defying convention”: we set the new benchmark, providing the world’s highest compression ratio for gasoline engines and the lowest for diesel engines. That’s because the combustion processes are entirely different. But in both cases the extreme compression ratios move the combustion, which is the core process of transferring fuel to energy, further to the optimum condition. But more on that next week.”