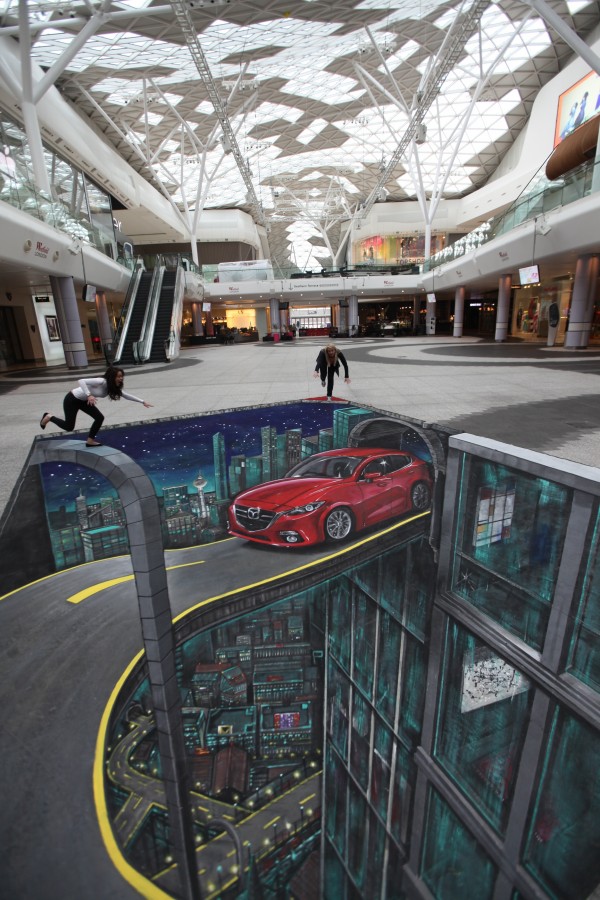 This weekend (March 29-30) shoppers at the Westfield London Shopping Centre in Shepherds Bush will be able to see the all-new Mazda3 but not as we know it. It will form part of a massive three dimensional piece of floor art in the main atrium by record breaking London-based street artists 3D Joe and Max. Visitors will then be encouraged to take their photo with the artwork and upload them onto the Mazda UK Facebook page, www.facebook.com/MazdaUK, or tweet them using #Mazda3D (https://twitter.com/Mazda_UK) for a chance to win a trip to Barcelona for two! Mazda Social caught up with Joe for an exclusive interview. 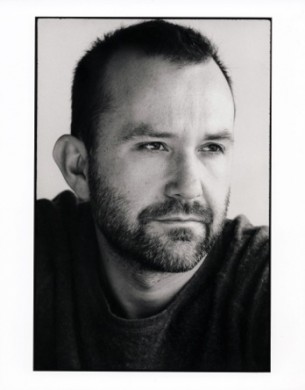 Where did the inspiration for the Mazda piece at Westfield come from?

“It was a collaboration with Mazda. I always enjoy running with the ideas of the people who commission me. We went for the idea of defying convention and played about with a lot of ideas around that. Ultimately we wanted to create something that would make the car stand out in a slightly futuristic cityscape. By using a lot of greens and blues for the road and buildings, the red of the car will be really prominent.”

How easy is it to incorporate cars in your pieces?

“Cars are quite a challenge, and although they usually only take up a small section of the picture, they’re the part we spent the most time on. The pieces are created using a mixture of household paint and acrylic. They can last for weeks although heavy footfall eventually takes its toll. Even so, I always get a kick out of watching people’s reactions when they see the pictures from the correct angle ‑ what I call the magic spot. I always think a good reaction is when people want to interact with the work, to become a part of it and have their pictures taken on it.”

How hard is it creating something in front of an audience?

“I love creating the pieces live. Time and weather are always a factor, but nothing beats interacting with the public and making it a bit of a performance. And of course people are involved too. They can take their pictures with the piece and there will be various interaction points around for people to hand their pictures in. They invariably surprise me by finding poses I would never have thought of.”

How does Westfield compare with some of the other venues you’ve worked at?

“It’s a fantastic space with plenty of light so it’s ideal really. It’s certainly not going to be as difficult as the world record piece we did in 2011 at Canary Wharf. It was vast (the longest and largest piece of 3D art ever at 1160.4m2 and 106.5m long); it was winter in London so the conditions were terrible; and the clock was ticking. We pulled it off though! And Max and I did a tour of China. We went to some pretty exotic locations there. I suppose the most unusual was doing my own 3D wedding cake. But my favourite remains the Blue Room we did in Paris. It was the last piece Max and I did together before he passed away in 2010. It will always be special for me.”

What’s the best thing anyone’s said about your work?

I get so many lovely things said about the pieces I do. I’m incredibly lucky in that way, and grateful. A high point was a hero of mine, Terry Gilliam from Monty Python, complimenting me on my work.