Fleets to save cash as Mazda models get RV boost 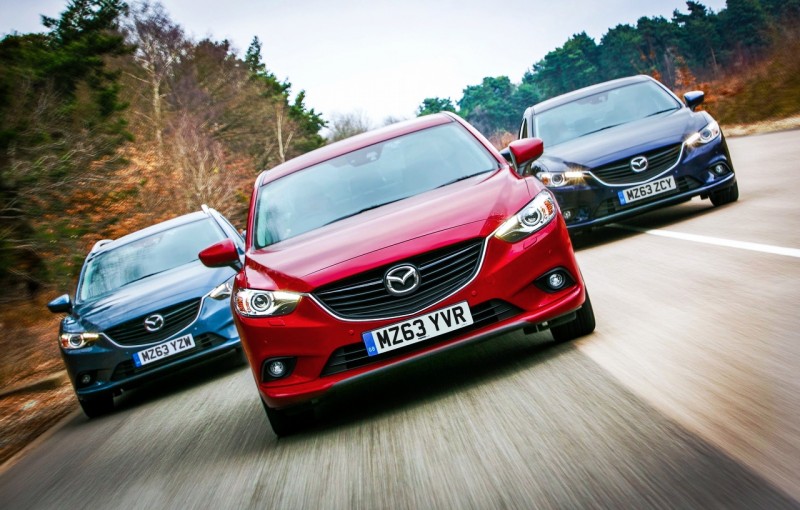 Fleet managers choosing Mazda models are getting excellent value with predicted residual values at the key three-year/60,000-mile benchmark receiving a major uplift across the board from expert forecasters CAP Automotive.

Average residual values across the entire Mazda range have increased in the last two months (December 2013 and January 2014) compared with November 2013 forecasts, and are led by the SKYACTIV-powered, award-winning, low-emission Mazda CX-5 compact SUV range, which has seen average residuals value leap eight percentage points from 38 percent to 46 percent.

This month heralds the showroom arrival of the all-new Mazda3 with SKYACTIV technology and the two body style – Hatchback and Fastback (saloon) – range leads the lower medium sector in terms of average forecasted pound note depreciation, beating all rivals including the Volkswagen Golf.

Mazda Head of Fleet Steve Tomlinson said: “The residual value uplift across the Mazda range means that our cars make even more financial sense for fleets.

“Mazda models have always been amongst the best in the residual value stakes in each market sector and this latest increase strengthens the financial argument in favour of our cars.”

Looking at the data in detail for the brand’s key fleet model it means, for example, that residual values across the Mazda6 range average 34 percent in January, up from an average 31 percent in November. This is ahead of rivals such as the Ford Mondeo, Vauxhall Insignia and Volkswagen Passat and when compared to some premium models such as the Audi A4 and BMW 3 Series, the Mazda6 average depreciation is significantly less than these two cars.

For example, average three year/60,000 mile depreciation across the Mazda6 range forecasted by CAP’s new Gold Book is £15,877, which is less than the average Audi A4 depreciation (£20,351) and BMW 3 Series depreciation (£21,627). The data also reveals that the Mazda6 retains more of its P11D value* than rivals including the Honda Accord, Vauxhall Insignia, Ford Mondeo, Toyota Avensis and Volkswagen Passat.

Mazda’s fleet sales have increased by 84 percent in the first eight months (April-December) of the company’s 2013/14 financial year versus 2012/13 figures and this month’s launch of the all-new Mazda3 is expected to further boost corporate demand.

Businesses taking delivery of the model will be getting an excellent value choice as the car leads the way in the sector in terms of average pound note depreciation across the range at three-years/60,000 miles, according to CAP.

The all-new Mazda3 has the second best average residual value in the lower medium sector (37 percent) behind the Volkswagen Golf, but in terms of forecast average depreciation the Mazda leads the way at £12,618 over three-years/60,000 miles versus the more expensive Golf’s at £14,263.

What’s more, against a host of segment rivals including the Ford Focus, Honda Civic, Peugeot 308, Renault Megane, Toyota Auris and Vauxhall Astra, the all-new Mazda3 wins in terms of having the highest average residual value and the lowest average depreciation by an incredible £1,307-£2,727, according to CAP.

Tomlinson said: “Fleet sales have been led by demand for the Mazda6 and Mazda CX-5 and a key part in the decision-making process is the low depreciation experienced by these models. Now the arrival of the all-new Mazda3 further increases the choice available to fleets looking for cars that deliver excellent value as well as high specification and great kerb appeal.

“Whole life costs are critical in company car decision-making and depreciation accounts for a key part of that equation. An increasing number of fleet managers know they can save money by choosing Mazda and we anticipate more corporates turning to the all-new Mazda3, Mazda6 and Mazda CX-5 in 2014 as well as other models in the range.”