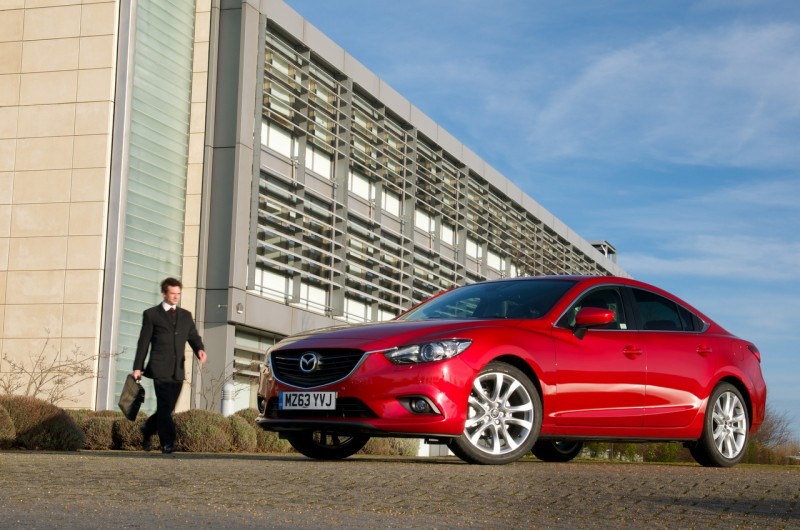 Corporate demand for the fleet favourite Mazda6, featuring the manufacturer’s breakthrough SKYACTIV technology, is set to accelerate with the model now available for a market-leading £199+VAT monthly rental through Mazda Contract Hire.

The £10 per month improvement in monthly contract hire rates, compared with the final quarter of last year, is available to all business users until 31 March 2014 across the award-winning Mazda6 range thanks to a significant residual value enhancement.

In the last two months residual value forecasters at CAP Automotive have given the Mazda6, which was launched 12 months ago, an average three percentage point uplift to 34 percent across the range.

That confidence and support for the Mazda6 range, the marque’s best-selling fleet model, has resulted in Mazda Contract Hire further improving lease rates across the line-up for the first quarter of 2014.

The 2.2-litre SKYACTIV-D 150ps engine powering both the Mazda6 Saloon and Tourer manual models delivers CO2 emissions of just 104g/km and 110g/km, and 72.4mpg and 67.3mpg respectively on the combined cycle making it one of the most tax and fuel-efficient models in its class.

“These improvements further strengthen Mazda6’s position at the forefront of the C/D segment in regard to contract hire rentals and this can only build on the sales momentum we are experiencing on the car, up 280 percent year on year, and deliver increased showroom traffic for our dealer network.

Additionally, unlike many other rivals, there is no lengthy lead time for Mazda6 models with dealers able to access a plentiful supply of stock.

Tomlinson said: “Model waiting times can be a major issue for fleet managers and company car drivers. However, our production schedule and stocking policy means that any businesses that have an immediate vehicle requirement should contact Mazda as models can typically be delivered within two weeks.”

The Mazda6 has been a fleet favourite for more than a decade and the latest version has won a clutch of honours including ‘Best Upper Medium’ model in the 2013 awards from industry publications Fleet News and Fleet World.