by: Mazda UK in Mazda and you, Mazda Insider 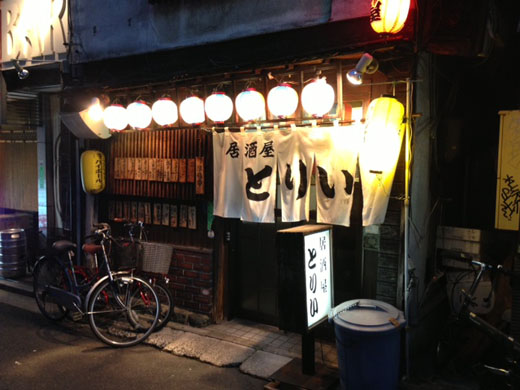 Following a recent and rare trip to Japan I thought it would interesting to share some of my experiences with the blog and give a taste of my adventure and also a snapshot of what this incredible country has to offer. Grab a coffee and enjoy!

There is a slightly surreal feeling about visiting Japan, on the one hand it is a place that is all too familiar to us as western travellers, but on the other it has both intriguing and almost incomprehensible aspects that combine to make it a truly fascinating experience.

Often when I travel I find that I have the best experiences when I completely immerse myself in the culture and let go of what is familiar. So true to form I decided to fly with All Nippon Airways rather than British Airways, I ate the Japanese menu (which was challenging at times!), watched a Japanese film with subtitles (strange) and when I arrived I decided to take the bus to downtown Hiroshima rather than the more comfortable option of a taxi.

If ever there was an opportunity to witness the renowned Japanese efficiency this was it, every aspect of the logistics from the moment I landed just seemed to work. I was particularly impressed with the seats at the airport. They had a feature that let you set a timer and they would wake you up in time so that you never miss your flight connection – genius!

The hotel was not that dissimilar to any business one anywhere in the world, but it was small differences like kimonos and the strange fully automated Japanese toilets that made the difference. The breakfast was the perfect example of East meets West. On one side of the table there were croissants while on the other there were small dried fish, some rice porridge with seaweed and not to mention something very unusual called “Health Drink Purple” or this unusual pastry which was labelled “Choco Big Banana Excellent”.

As always the service was impeccable. It can be slightly disconcerting coming from England when you are always greeted so politely and with a bow everywhere you go, especially at hotels and restaurants, but it is all part of the culture.

I still haven’t quite gotten used the small ceremony which proceeds the act of handing back my credit card, but similar to the very ritualised presentation of business cards, it is always returned with both hands and the right way around.

And it is not just these standard things that I appreciate – I remember asking a waiter at the hotel restaurant where I could buy Japanese kitchen knives, in particular the 32 times folded steel ones which are made in a similar fashion to samurai swords. He returned minutes later with the head chef and his best sushi chef to give me there personal recommendations (something tells me this probably wouldn’t happen here in the UK).

Another thing that I have to mention is the taxi drivers, in Japan they all wear white gloves and my personal favourite is the guard at the Mazda HQ who actually salutes visitors, I’m already starting to think that maybe we should introduce this at Dartford.

In regards to the Mazda Headquarters themselves, they dominate Hiroshima which is unsurprising given the history of the company in the city. The combination of factory, offices and design studios span what seems like whole blocks of the area and the campus is supplemented with a staff hospital and an on-site supermarket that is an experience in itself.

My first day at the offices were spent shadowing Jeff Guyton who is the President of Mazda Europe and I joined him for a series of meetings.

Following this I returned to my hotel to change, Japan is particularly hot and humid at this time of year and I finished the day by going out to a great teppanyaki restaurant. All of the cooking was done in a private booth where the chef does everything on a hotplate in front of you – it was incredible and the food was stunning, simple, fresh and of course prepared with unbelievable skill.