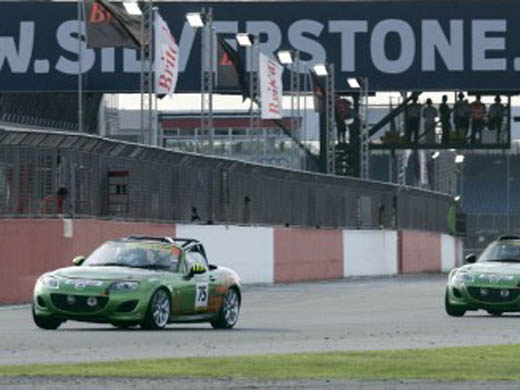 Mazda UK is returning to the race track next month, entering a pair of Mazda MX-5 sportscars in the Britcar Production Sportscar Series event at Silverstone on Saturday 11 May.

Racing on Silverstone’s nine-corner, 1.85-mile long International Circuit plays to the MX-5 sportscar’s strengths of outstanding handling, 50:50 weight distribution and agility, especially through the corners. The second round of the Britcar Production Sportscar series poses an exciting proposition to defy convention, taking on the more powerful Porsche, Ginetta and Mazda teams contesting in the two 45-minute races.

“Mazda performed well with these cars in 2011 and is delighted to get back into motorsport by taking our iconic roadster to the most famous circuit in Britain,” comments Graeme Fudge, PR Director, Mazda UK.  “Fun-to-drive characteristics are at the very heart of our legendary and immensely popular Mazda MX-5 sportscar, which remains unrivalled as an exhilarating motor that can also be used everyday.”

All the racing action from Silverstone is scheduled to be featured on Motors TV at 18.00hrs on Friday 31 May 2013.