by: Mazda UK in Design, Mazda and you, Mazda6 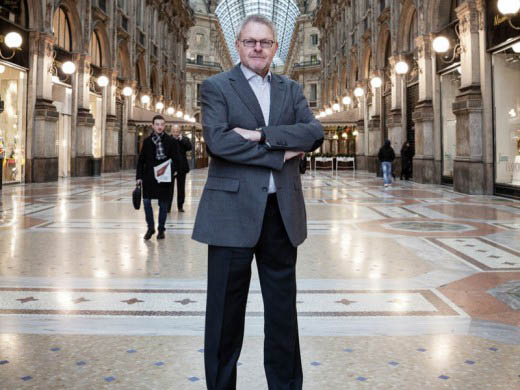 What do you derive inspiration from?

“I’m pretty traditional as a designer. It’s maybe a bit of a cliché but a lot of the forms you see in Formula One or these amazing jet planes are very inspirational. But that’s what the guys at General Motors were doing in the 1950s! And it’s why we go to things like the Milan Design Week and why I send my trend teams here. They’re picking up on things from the exhibitions and getting influence from furniture or even architecture. Meanwhile I’m off at Duxford looking at old planes…”

What is the most influential car for you?

“There are two. The first Mini was amazing. Not because it was particularly beautiful but because of the layout, its compactness and it kicked off a completely new era for cars. Then when the Jaguar E-Type came out it was sensational. I don’t think you get that kind of effect now. I remember seeing that for the first time and it was stunning. It has the classic disciplines of car design: proportion, flow, elegance. It wasn’t styled, it was just a natural form. Stunning.”

A lot of people say today’s car all look the same because they’re designed with aerodynamics in mind. Is that valid?

“A little bit. There are certain things, usually the corners affected by that. But I understand about 60 percent of the aerodynamics is coming from underneath the car. I suppose cars all looking the same has been driven by the European manufacturers who really wanted to focus on an identity. When I joined Mazda I said we need to create a look and character to the cars that’s understandable through the range and I think for our mainstream vehicles it’s a good thing to have a language for our vehicles. That’s what KODO is all about.”

Recently you’ve had Nagare and now there’s KODO. Why does Mazda have design languages?

“It’s a Japanese thing. With the Japanese you can’t do a design and just show it to them because they won’t understand it. You have to create a philosophy, key words and names. When I joined Mazda cars like the first MX-5, the RX-7, MX-3 and Xedos range we had Toki-Meki which is Japanese for heart beat. When we’re doing the designs we have to start off with image boards and key words.”

Where do you see Mazda design in 10 years’ time?

“These days a lot of car design is driven by manufacturing techniques and things like HMI (Human Machine Interface), what the younger generation wants in terms of touch screens and connectivity. Getting in the car and blasting off down the road doesn’t interest them. The car has to work as a tool in their environment. What’s going to happen in terms of engine development or even sheet metal? I think a Canadian company has done the first three dimensional print of a car body. How’s that going to affect us? And of course we’ve got to evolve what we’ve got too.”

How exciting is it bringing on young designers?

“Very. You have to keep them on quite a tight leash! But I think we’re a bit freer than other manufacturers even though there’s a discipline to how we work. It’s quite a luxury but that’s why these studios were developed: to free up the mind.”

Where does design feature in the overall Mazda package?

“All cars are good now. They’re well-built and reliable so you have to offer individuality in terms of design. It’s no longer good enough to make affordable, reliable cars that lack a little bit of excitement.”

How do you predict what your customers are going to want?

“We work with organisations who monitor trends. We visit target customers. Go into their houses, look at their furniture, what’s inside their wardrobe, tell them not to clean out their car so we can see how they really live. And you don’t always see what you want to see! But we take everything in. If you’re doing a people carrier, can customers take their seats out and put them in the garage? If they’re living in the city they won’t want to do that so it’s important to see what works for people and what doesn’t.”

Birtwhistle met Ford’s executive design director Martin Smith when they were students at London’s Royal College of Art. The pair are still mates and Birtie, as everyone in Mazda calls him, is never happier than when he’s playing the co-driver role in Smith’s classic Austin Healey 3000 rally car.