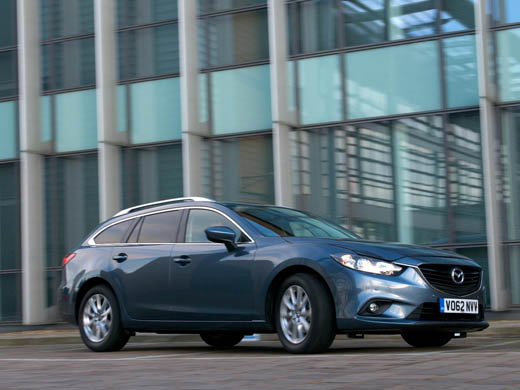 Fleets can beat corporate tax changes due on 1 April 2013 by taking delivery of a new low emission Mazda6 now.

The 108g/km all-new Mazda6 powered by a 2.2-litre SKYACTIV-D 150ps diesel engine is one of the lowest emission upper medium sector cars in showrooms and enables businesses to continue to benefit from a 100 percent writing down allowance (a form of capital allowance) if they take delivery of models before 1 April 2013.

From 1 April 2013 outright purchase fleets will only be able to benefit from 100 percent first year allowance on vehicles that emit 95g/km or less. Cars emitting between 96g/km and 110g/km will only be able to write down 18 percent of the cost of the model against their corporation tax bill thus reducing the amount of tax relief available annually and as a result impacting on cash flow.

The all-new third generation Mazda6 was launched last month and is powered by the manufacturer’s range of high-efficiency SKYACTIV engines including two petrol and two diesels units mated to six-speed manual or automatic transmissions.

Low CO2 emissions, which are critical to keeping company car-related taxes and operating costs in check, are among the many attributes of Mazda’s unique SKYACTIV technology.

Steve Tomlinson, Mazda’s Head of Fleet, said: “The low-CO2 emission credentials of the all-new Mazda6 mean that businesses can benefit from an immediate tax saving if they take delivery of vehicles before April 1.”

“We have a plentiful supply of Mazda6 models in stock ready for immediate delivery. Unlike some other manufacturers there is no lengthy lead time.”

“The April 1 changes in capital allowances do not apply to cars already on the road, so taking delivery of a model prior to that date means that in the case of the 108g/km Mazda6, as well as higher emission models, there is an immediate tax and cash flow advantage for businesses.”

The April 1 changes will see: