Mazda MX-5 vs the Nürburgring 24: competing in the world’s toughest motor race 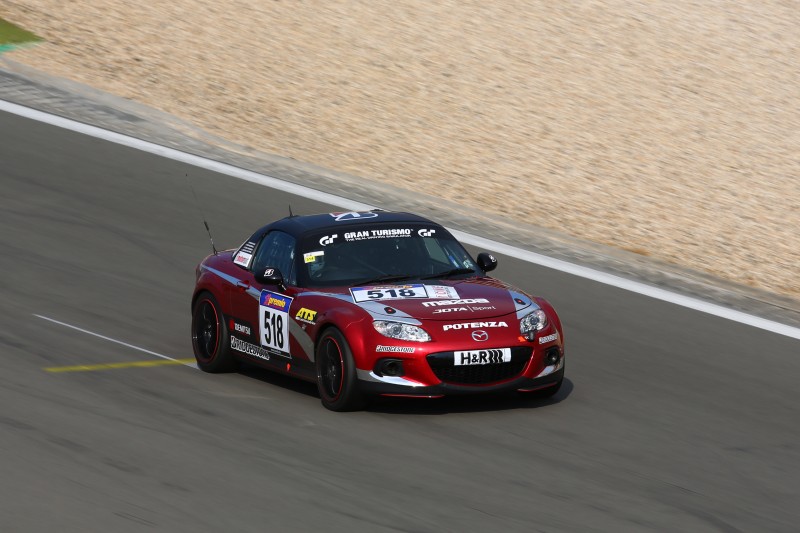 The first Nürburgring 24-hour race roared through the dense forest of the mountainous Eifel region of western Germany in 1970. The combination of almost 200 corners on the daunting 15.5-mile lap and 24-hour format make this the world’s toughest motor race. 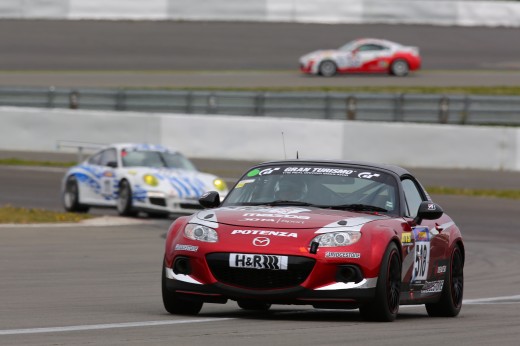 Mazda is taking on the challenge of the race and hopes to win its class with a production-standard Mazda MX-5. Come behind the scenes with Mazda Social and find out more about the car and the racing team…

THE MAZDA MX-5
Mazda Motor Corporation in Japan is entering one MX-5 2.0-litre Roadster in the V3 class. This category is for cars which are pretty much identical to showroom specification, so it means anyone could buy a Mazda MX-5 from their local Mazda dealer similar to the one being raced.

Jota Sport, the race team running the car, takes a showroom standard Mazda MX-5 and strips it down to a bare shell. This is then sent away to be ‘dipped’, a process which involves dropping it into a tank filled with powerful chemicals that strip away all paint and sealant from the shell. This alone is estimated to remove about 16kg and is important for safety reasons: the process takes the shell back to bare steel, which makes it possible to weld the FIA-approved roll cage directly onto the shell. See the Mazda MX-5 being built here:

The engine will be worked incredibly hard. It is on full throttle for almost seven of the 11-minute lap time. To help protect it Idemitsu, an original equipment supplier of lubricants to Mazda, has developed oil formulas specifically for the challenge. 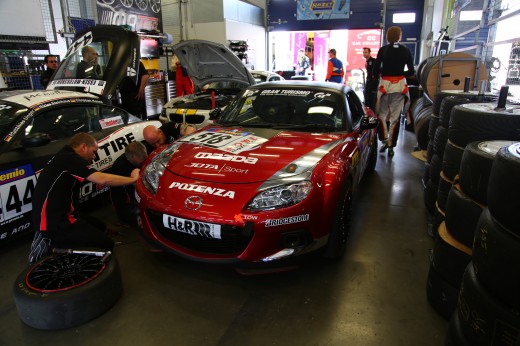 Lighter and stronger Advan wheels are fitted to help soak up the punishing road surface, and Bridgestone and the Jota Sport team have the freedom to use any type of tyre they wish. But cars aren’t allowed to carry a spare wheel and tyre: it’s considered too dangerous for the driver to try and change a flat tyre out on the edge of the circuit.

The team is confident it will be able to complete the 24 hour race on the original set of brake discs. The biggest difference is the addition of a ‘piggyback’ fuel tank, which is fitted in the boot of the car and provides an additional 20-litres of fuel, taking the total volume to 65-litres.

Creature comforts such as the heater remain, although it’s a challenge reassembling this and the dashboard around the roll cage. The drivers will use HANS anti-whiplash devices attached to their helmets together with a race seat and six-point safety harness. 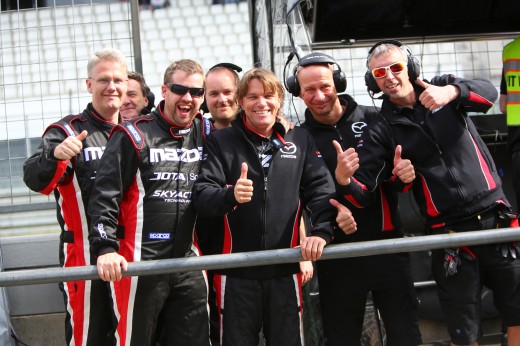 THE TEAM
Sam Hignett is the director of Jota Sport, and the man overseeing the development of the car, preparations for the race and all logistical organisation. “We have raced at the Nürburgring 24hr three times, and competed at eight Le Mans, so we’re experienced, but that doesn’t make it any less of a challenge!” says Hignett. 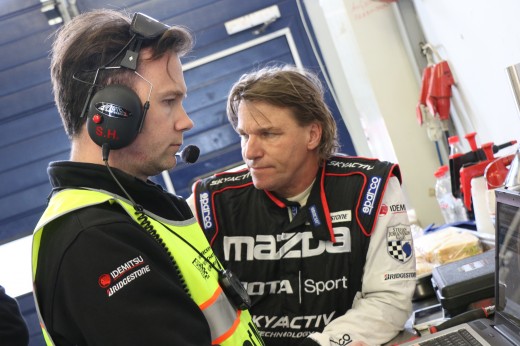 The key to a successful endurance race can be summed up in the old racing adage, ‘To finish first, first you have to finish’. It’s a sentiment Hignett strongly agrees with, saying the aim of the game is to err on the side of caution and stay out of trouble.

The team will truck 18 tons of equipment from its base in Kent to the circuit, in the Eifel region of Germany. Hignett explains how the most significant spare parts are the nose cones for the car. “If you haven’t been to the race, you can’t imagine the chaos for the drivers of starting in a field of over 200 cars. All it takes is for a car in front to miss a gearchange exiting a corner and there can be contact.” 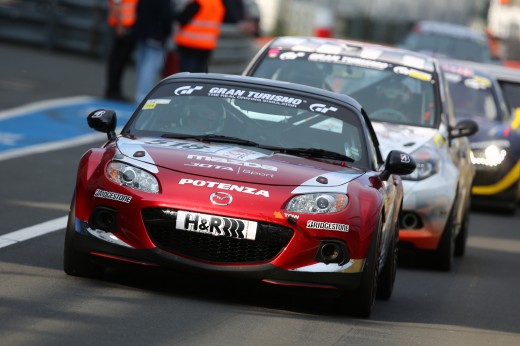 If the nose of the car gets damaged or isn’t correctly mounted, it will obstruct airflow to the radiator, which in turn will cause the engine to overheat. “Then it’s game over,” says Hignett.

A complete set of spares is carried for every item fitted to the car, and in some cases, more than one spare is kept in stock. Hignett explains: “Some items will suffer more wear and tear, such as the brake pads, and we also have to allow for practice as well as the race, which effectively doubles the chances of something going wrong.”