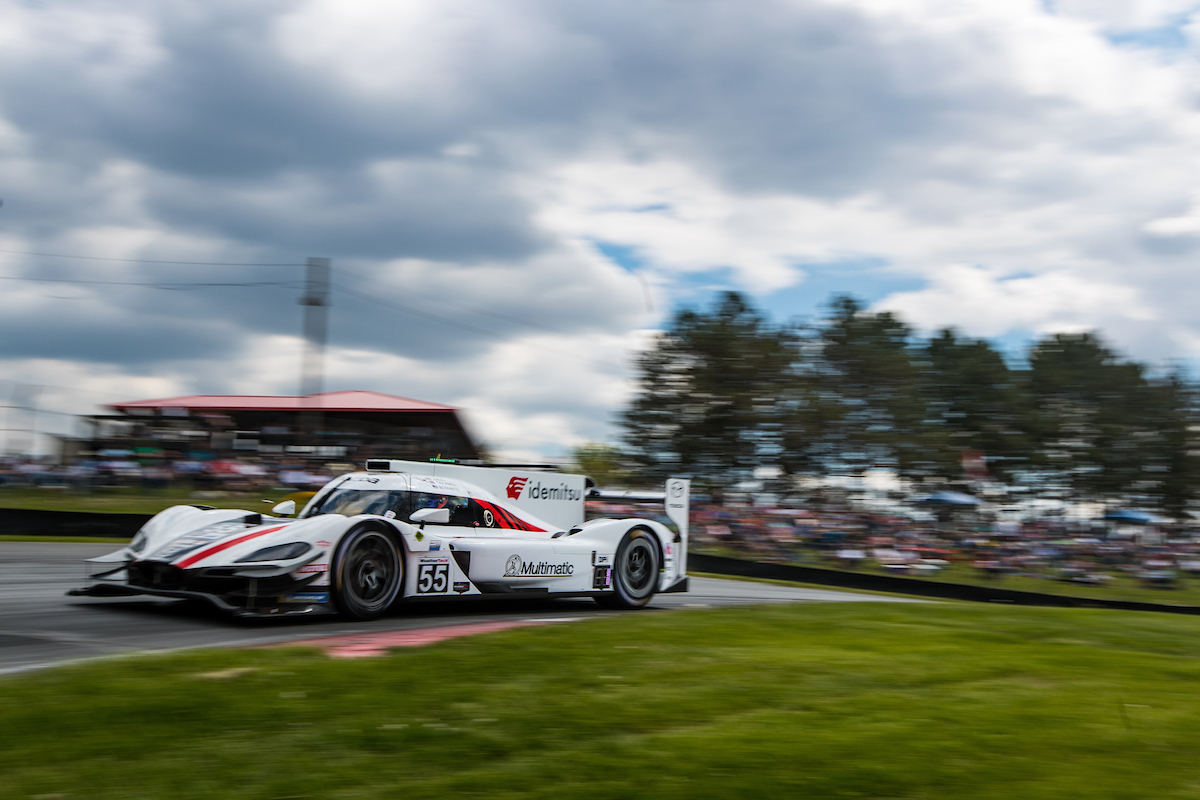 Mazda Motorsports’ IMSA WeatherTech SportsCar Championship programme comes to an end this weekend with the 10-hour ‘Petit Le Mans’ at Road Atlanta and Multimatic Motorsports is totally focused on giving the Mazda RT24-P the successful send-off it deserves.

Mazda’s DPi programme began in 2017 and the team took its first podium finish that year at Watkins Glen. The podiums continued in 2018 but a win proved elusive. The 2019 season started strongly with the car’s first pole position at the Rolex 24 At Daytona, and then the turning point win came at Watkins Glen that summer, quickly developing into a hat trick with subsequent victories at Mosport and Road America. 2020 again started with the Daytona pole but just as the season was getting underway, the Covid-19 pandemic meant the cars wouldn’t leave their garages again until mid-summer.

The first race back was at Daytona on July 4th and, at Multimatic’s first event in full operational control of the programme, the team scored an incredible 1-2 finish! At the final race of 2020, the team added an historic win at the Sebring 12 Hour race.  2021 has seen a single Mazda battling for the championship with another close fought win at Watkins Glen.

The old-school, high-speed Road Atlanta track suits the Mazda so the team is looking forward to 10 hours of fast and furious racing.  As this is an endurance event, Jonathan Bomarito is back to join Harry Tincknell and Oliver Jarvis in the #55 Mazda. The last time all three drivers raced together was at the Watkins Glen 6 hour race in June, which they won.

Multimatic Motorsports boss, Larry Holt, said: “It’s a bit of an emotional time for me, the race team, our partners and the engineering organisation that created the car.  It is the last time that the RT24-P will be unleashed in anger and all the years of development and hard graft to make it a race winning programme will come to an end.  Every person involved in this programme has some of their skin in the game, it has been incredibly challenging but also amazingly satisfying to overcome the adversity that we were often presented with.  Mazda has been a phenomenal partner through it all and we worked hard to achieve the wins that they deserved.  I believe that we can all hold our heads high having been associated with the programme, although there will always be a little bit of unfinished business. Hopefully one of those items can be closed-out this weekend at Atlanta.”

DRIVER COMMENTS:
HARRY TINCKNELL
When I first joined the Mazda programme I was very excited to be racing in IMSA. I shook the car down at a runway in the UK and I got out and said “I need to race this car, it’s a beast!”. And that’s where it all started. At the beginning the car was really good to drive but it wasn’t super-fast and it was pretty unreliable. We knew the car had a lot of promise though and before we went into the 2019 season Multimatic completely revamped the car with a new aero package, upgraded suspension and we also had an engine upgrade. We showed pace in the early part of the season but didn’t get the results, then we got that breakthrough win at Watkins Glen. Both driver crews were desperate to get the first win for the team so it was a real personal highlight to be in the winning car at the end of that race, especially as I had to get past Montoya to take it.

Going into 2020 we knew we needed to work more on the reliability so we did a lot of testing over that winter, which gave us a car that was fast and reliable. Covid then hit but we came back for the race at Daytona on the Fourth of July and took a 1-2, which was such a great moment for the team.

The first win at Watkins was pretty emotional but the highlight of the programme for me, actually the highlight of my career besides winning Le Mans, is the 2020 Sebring 12 Hour win. That was huge for us. Such a special moment that put us in the history books.

Now we want to end on a high. I’ve loved being part of this programme for the past four years. We had a good test at Road Atlanta a couple of weeks ago and found a few things that should stand us in good stead. It’s a high-risk, high-reward track in terms of traffic. If you can nip past cars before Turn 4 that can save you two seconds in a lap. It’s like a game of chess at 180mph and that’s what I relish! I can’t wait to get out there.

OLIVER JARVIS
I have mixed emotions heading to Petit Le Mans. It’s been very special to be part of the progress the team has made over the past four years. I’ll never forget the first pole position we achieved at Daytona in 2019 and the wins that came after that for the team.

It’s going to be a sad moment when I suit up for the final time and jump in our Mazda DPi. I’m so proud of everything we have achieved, and I hope that Harry, JB and I can give the RT24-P the send-off it deserves with a victory in its last race.

I want to thank everyone in the Mazda / Multimatic / Joest family – but most especially to the fans that have been such an incredible part of our journey.