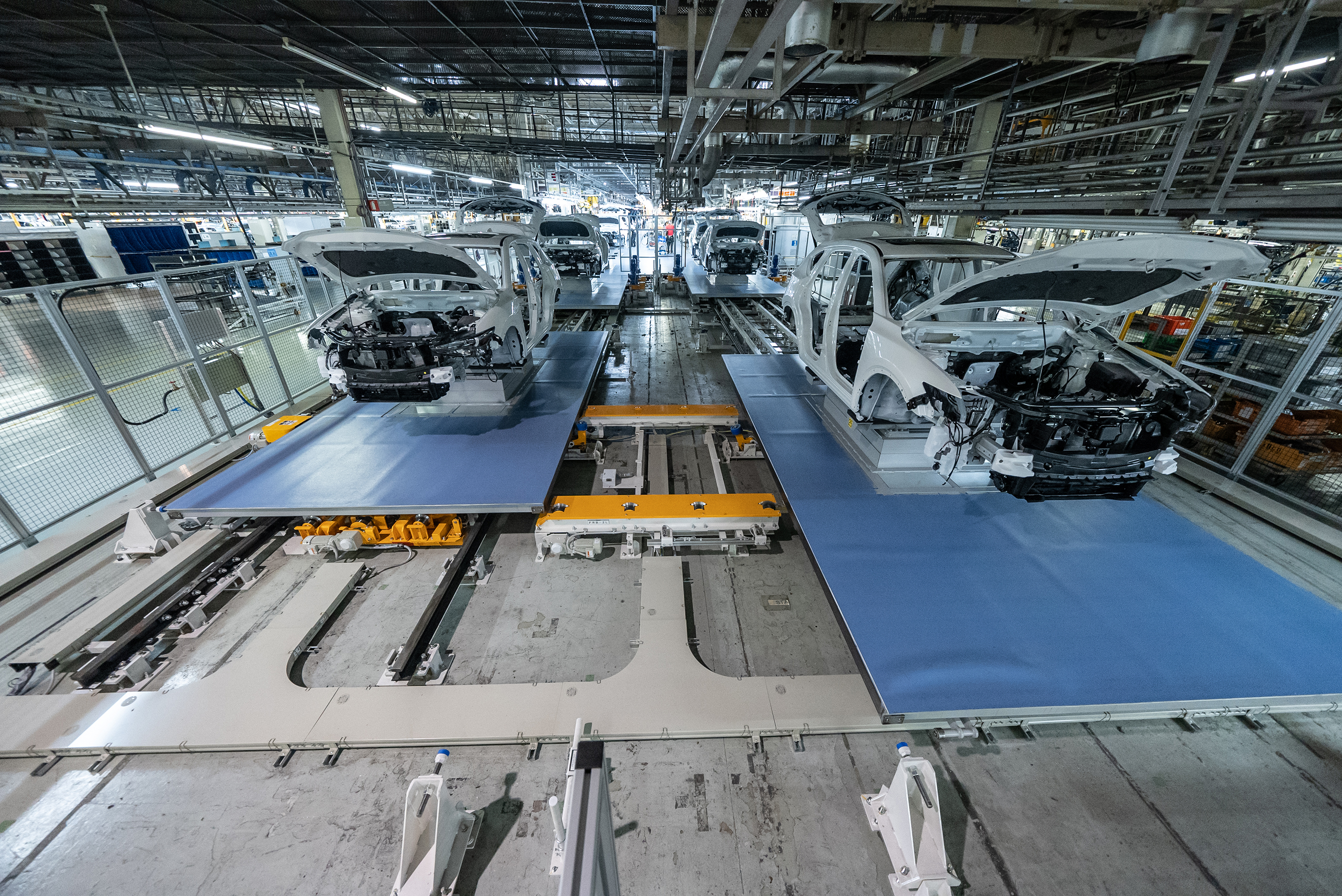 Mazda Motor Corporation has unveiled the newly re-modelled H2 production line at the Hofu plant in south-western Japan. The H2 production line, which is currently manufacturing the Mazda6 and Mazda CX-5, has been upgraded to become capable of building models of the Large Product group, offering a variety of choices of electrified powertrains. This is made possible by an enhanced production system that will allow Mazda to adjust its production more easily to new models or shifting demands, making it the latest example of Mazda’s unique Monotsukuri innovation approach.

As a result of the remodelling, vehicles with different platforms (large or small), powertrains (internal combustion or electric) and engine layouts (vertical or transverse) can be produced on the same line in the future if needed. This mixed production approach is an important step towards fulfilling the brand’s plans going forward under Mazda’s unique multi-solution strategy. Mazda recently announced the expansion of its SUV line-up starting from 2022.

The heart of the remodelled assembly is a traverse dolly line. The system relies on “rootless” equipment, meaning that the plant does not use fixed conveyor belts or hangers. Instead, the vehicles are moved on palette platforms that are level with the ground and skate on dolly rollers. These can be arranged more flexibly than a fixed system – if demand increases, production capacity can easily be extended by adding more sections to the production line. The dolly system also allows workers to move around the platforms freely and perform whichever tasks are required for the vehicle type in front of them. Two automated guided vehicles (AGVs) that align themselves with the length of the vehicle being built at the current moment deliver the engine assembled with front suspension and rear suspension respectively, or the battery in the case of an electrified vehicle. “More than half of the facility is now arranged in such a non-fixed way,” explains Takeshi Mukai, Senior Managing Executive Officer at Mazda Motor Corporation.

The introduction of a new flexible module line (FML) in the welding shop will allow Mazda to minimize lead times and investment costs, especially when the company introduces new models into its line-up. “By introducing FML, instead of repeating the scrap-and-build process every time a new model is introduced, the only part that needs to be changed is the jig to fix the parts,” explains Takeshi Mukai.

While in the past it might have taken more time and considerable investment to retool a production line for a new vehicle type, thanks to the upgrades to both body shop and vehicle assembly line the same process can now be handled in approximately one-fifth of the time and at 10% of the investment cost compared to conventional systems.