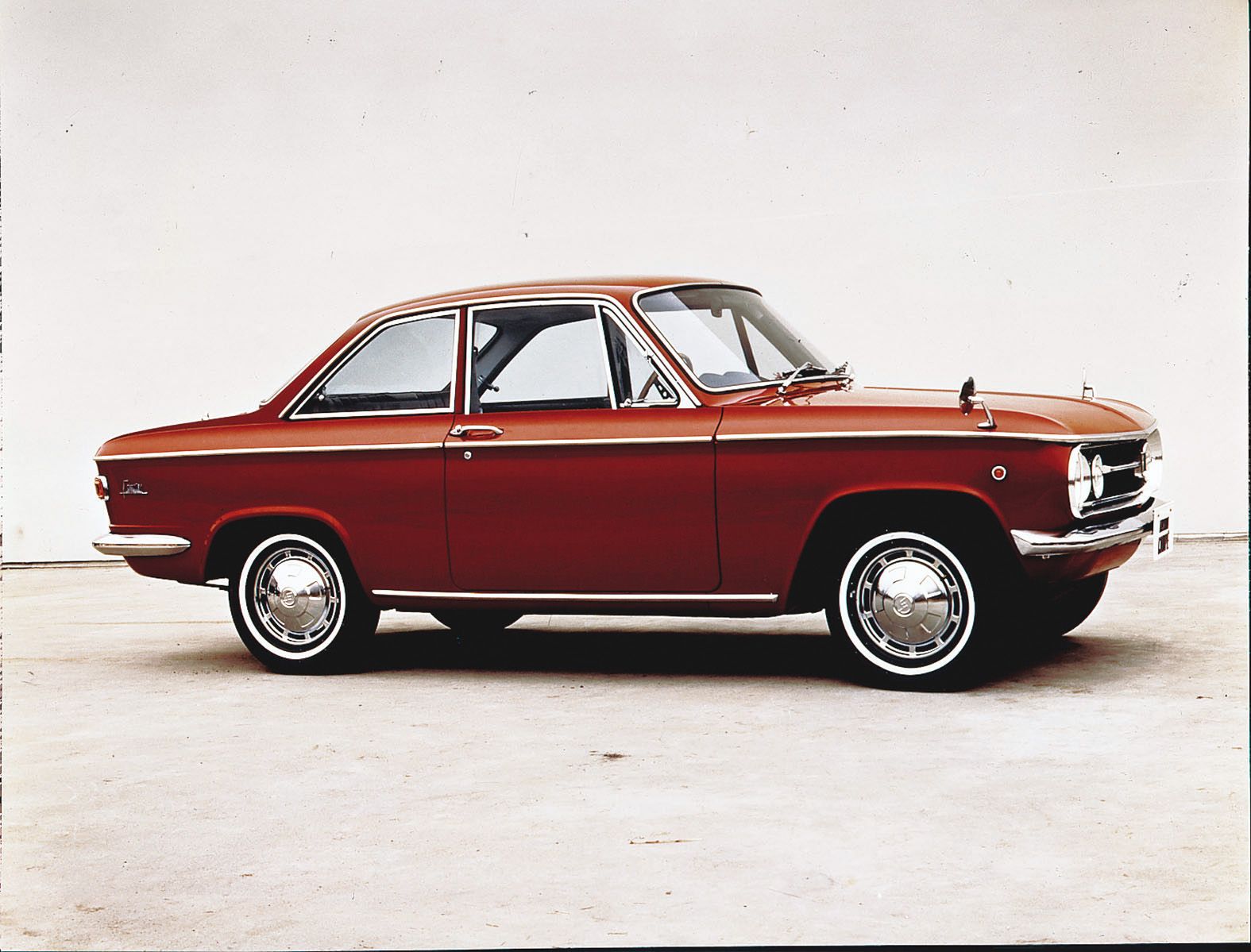 A preferred layout for attractive and visionary car design since the 1930s, the traditional two-door coupe has long been seen as the most stylish model in a manufacturers line-up. From the elegant high-class appeal of early grand European coupes to the ostentatious size and extravagant design of big American coupes and the sleek sportiness of performance coupes, these vehicles tend to focus more on style than their saloon counterparts.

The best coupes also deliver performance-enhancing structures like rigidity, aerodynamics and weight reduction – all central elements of Mazda’s product philosophy. In fact, the Japanese carmaker has been setting coupe benchmarks since the beginning. Its very first passenger car was a coupe. Practical and affordable, the two door, 2.96m-long Mazda R360 was also stylish and, as the lightest vehicle in its class, fun to drive. The winning combination made it an immediate bestseller, capturing 65 per cent of Japan’s burgeoning microcar (“kei” car) segment and 15% of the domestic market in 1960, the year of its launch. The Mazda Carol P360 coupe, which had a longer wheelbase and a four-cylinder engine, joined the line-up in 1962 with comparable success.

Mazda’s first performance car was also a coupe, unveiled at the 1964 Tokyo Motor Show, the Mazda Cosmo Sport 110S would arrive on the market in 1967 as the world’s first production model with a twin-rotor engine. With space-age looks matched by the powertrain’s turbine-like sound, it was the beginning of an illustrious age of unconventional rotary sports coupes at Mazda. The Cosmo Sport also launched the brand’s international motorsport career.

However, the big international sales breakthrough would come with the Familia/R100 and Capella/616/RX-2 series – the respective forerunners to the Mazda3 and Mazda6 – along with the Grand Familia/818/RX-3.

Even more stunning was the Mazda Luce R130 coupe introduced in 1969. Designed at Bertone by Giorgetto Giugiaro (who had also styled the first Familia), it was Mazda’s only front wheel-driven rotary model and is now a sought-after collector’s item. Slotted above the RX-2 and RX-3, the Luce R130 would make way in 1972 for the Mazda RX-4.

Marketed as luxurious and sporty, the hardtop coupe version was available with an “AP” (anti-pollution) rotary that improved emissions and fuel economy. The engine would also see service on the RX-3 and Mazda Cosmo/RX-5 launched in 1975 in coupe and fastback format. Performance of the 110-135PS rotary RX coupes, with kerb weights in the 900-1,100kg range, was very respectable for the time.

The Hiroshima carmaker took this recipe for driving fun up a level in 1978 with the Mazda RX-7, whose unique wedge-shaped design featured a wraparound glass rear window. Under the bonnet of Mazda’s first truly mass-market sports car was a completely redesigned rotary engine. Propelling a lightweight structure with near-perfect weight distribution, it was exceptional to drive. Successful on the racetrack and rally stage, the RX-7 developed over three model generations into a high-performance twin-turbocharged super-coupé on par with the best the competition had to offer. With some 811,000 produced, the RX-7 remains the most popular rotary powered car in history.

Less well known is the Eunos Cosmo, a Japan-only luxury sports coupe built from 1990 until 1995. It was the only production model with a three-rotor engine; the 300PS twin-turbo “20B-REW” was also the largest-ever production rotary.

The Cosmo introduced many new cutting-edge technologies, like the first built-in GPS navigation system and a touchscreen display.

Another domestic market model, the Autozam AZ-1, was remarkable in its own way. Weighing only 720kg, the exciting mid-engined kei coupe developed under Toshihiko Hira, MX-5 programme manager, had gullwing doors and a 9,000rpm redline – in a segment personified by utilitarian “boxes on wheels”.

This was typical Mazda, always seeking new ways of making its coupes look and feel special. The Mazda 929 coupe (1982-86), with its lowerable opera windows in the B-pillar, is yet another example. The stylish Mazda MX-6 (1987-97), meanwhile, had optional four-wheel steering. And the compact Mazda MX-3 (1992-98) was available with the 1.8-litre K8 engine, the world’s smallest mass-production V6.

Even back in those days, Mazda dabbled in crossover designs, widely considered a 21st-century phenomena. The Mazda 323F (1989-98) made a family friendly five-seater out of a wedge-shaped sports coupe with pop-up headlights, while the Mazda Xedos 6 (1992-99) walked the line between luxury coupe and mid-sized saloon. And the Mazda RX-8 (2003-12), a two-row “quad coupé” with freestyle doors yet, again demonstrated the company’s sophistication when it came to refreshing coupe design.

Today Mazda continues to push design convention with models like the Mazda MX-5 RF (“Retractable Fastback”). As with the previous generation MX-5 Roadster Coupe, the RF’s one-of-a-kind power hardtop gives the world’s most popular roadster the comfort of an enclosed cabin, while concept cars like the Mazda RX-Vision and Vision Coupe demonstrate how stunning coupe design influences the Kodo: Soul of Motion design philosophy that delivers the award-winning styling you find across the whole Mazda range, something demonstrated by the 2020 World Car Design of the Year winning Mazda3.