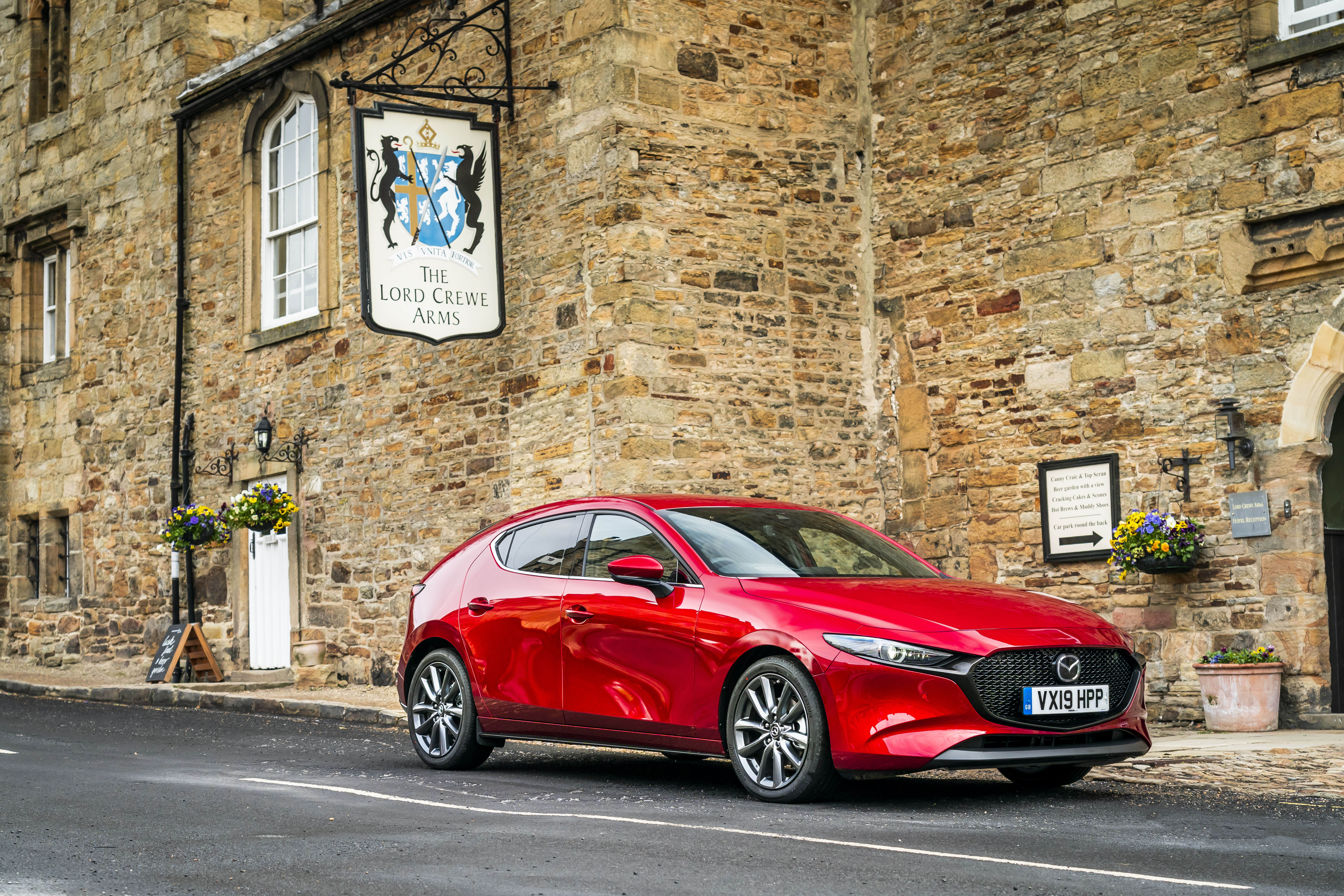 Commenting on the Mazda3’s success, UKCOTY judge Alisdair Suttie, said: “on looks alone, the Mazda3 is a class apart from its peers, yet the appeal is much more than skin deep. Superb to drive, comfortable and made to exacting standards, the Mazda3 also comes with clever engine technology that makes it both fun and frugal to drive. All of this made it an easy choice as UKCOTY’s Small Hatch of the Year”.

Fellow judge Matt Robinson, added: “the new Mazda3 has unquestionably become one of the class leaders in this sector. An interior that is second-to-none and impeccable refinement are the hallmarks of the fourth-generation Mazda3, but then it seals the deal with the incredibly clever Skyactiv-X engine, which combines diesel-like economy with petrol-esque manners.”

While Paul Hudson simply added: “looks fantastic, drives even better” and David Motton, commented that the Mazda3 is “stylish inside and out, drives well and is packed with standard equipment”.

The 27-model Mazda3 range features hatchback and saloon body styles with a choice of two mild-hybrid equipped petrol engines. Matched exclusively to front-wheel drive hatchbacks, the 122ps Skyactiv-G petrol engine features both Mazda M Hybrid and cylinder deactivation, while the award-winning 181ps Skyactiv-X Spark Controlled Combustion Ignition (SPCCI) petrol engine is offered in both front and all-wheel-drive hatchbacks. Visually distinct from the sporty hatch honoured by UKCOTY, the elegant Mazda3 Saloon has the mature and stylish look you’d expect of a premium compact saloon. Exclusively offered with the Skyactiv-X engine and front wheel drive, it adds an attractive stand out model to the award-winning Mazda3 range.

The Mazda3 was the first car to be powered by Mazda’s Skyactiv-X engine. This 2.0-litre four-cylinder 180ps engine features the highest compression ratio of any production petrol engine in the world and is also the first production petrol engine to exploit the benefits of compression ignition. Providing drivers with the free-revving performance of a petrol engine, its lean burn capabilities combined with the Mazda M Hybrid mild-hybrid system ensure outstanding fuel economy and low emissions.

Mazda UK Managing Director, Jeremy Thomson said: “the Mazda3 is already winning over customers with its quality, style and driver engagement, so recognition in the UKCOTY Awards is fantastic. In a marketplace that has seen the launch of lots of great cars across many sectors, it’s a real testament to the Mazda3 that it’s taken a category win in a segment as competitive as the family hatchback class.

I’m also delighted that the Mazda3 is a contender for the overall UK Car of the Year title, where I’m sure the innovative Skyactiv-X engine will help the Mazda3 stand out with the judges. Another example of Mazda’s convention defying powertrain innovation, it offers our customers a truly unique blend of fuel economy, low emissions and performance from a petrol engine.”