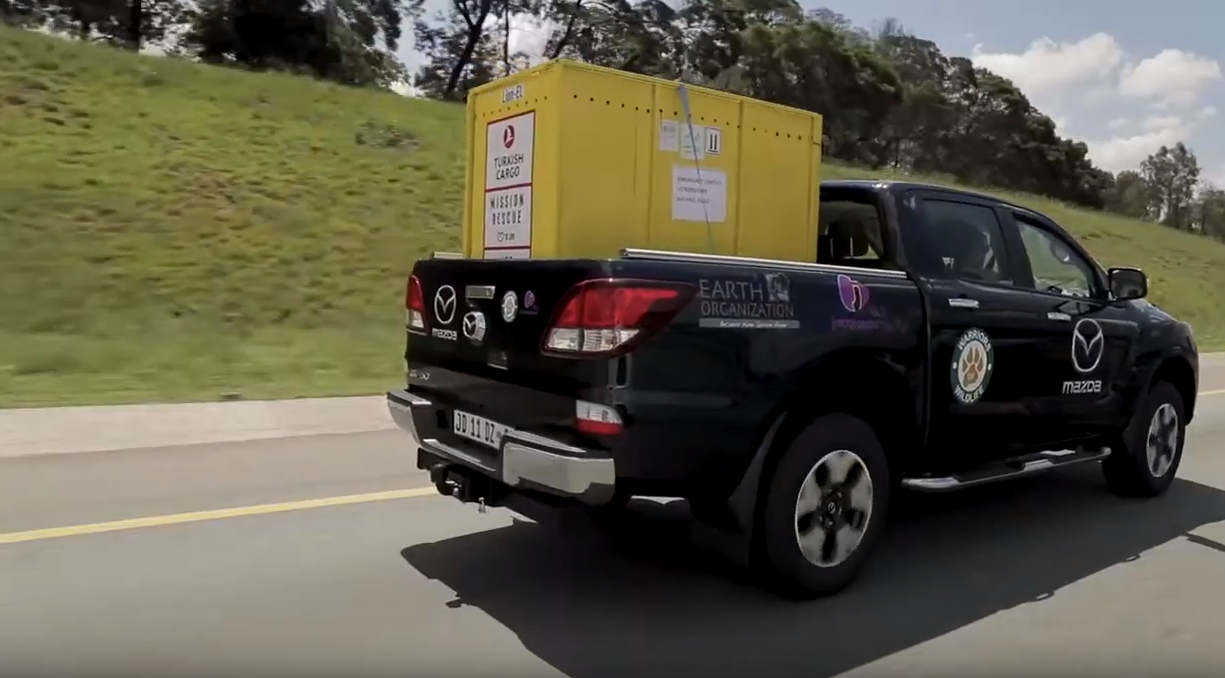 A lion rescuer has airlifted an entire pride of imprisoned big cats from captivity in Ukraine to a new life at a sanctuary in Africa. Lionel De Lange and his wife Anya Masyach work 365 days a year rescuing big cats, bears and other exotic wildlife from private zoos and pet collections across the former Soviet state.

Their latest rescue saw five cubs, a male and four females, flown 7,500 miles to start a new life in the sunshine of South Africa. Meaning they wull live under African skies and enjoy the outdoors for the first time in their lives.

The final leg of the lions’ journey saw Mazda’s Foundation in Southern Africa, facilitate the transport of the lions with a convoy of BT-50 pick-ups taking the lions to their new home in Ubuntu Wildlife Sanctuary.

Lionel De Lange, from the Lawrence Anthony Earth Organisation (LAEO) Ukraine, said; “the lion cubs would have faced a terrible future if we hadn’t of rescued them. They were going to be put down or smuggled to Russia and sold. We saved them from a terrible future. We were fortunate to get them at an age where they are young enough and now they have formed their own little pride, with a male and four females and they are loving it.”

For the five cubs it cost around £850 a month just to feed them, and for a single adult lion it costs the charity around £250 a month. We rely entirely on donations from members of the public and assistance from companies like the Mazda Foundation Southern Africa.

He said: “Mazda Southern Africa is a significant company in South Africa and has a responsibility to give something back to the country. The Mazda Foundation Southern Africa agreed to support this project to save these magnificent African animals from the canned hunting industry and give them a safe home.”

As well as the Mazda Foundation Southern Africa, the rescue was made possible thanks to the Wild Africa Foundation (WAF) and Abolish Trophy and Canned Hunting International (ATCH).

Lionel said: “None of this would be possible without our amazing donors and with help from the Mazda Foundation Southern Africa and from Carol Mitchell from ATCH and Shannon Marnell from WAF, and of course my wife Anya.

“For both of us it is very emotional when we say goodbye to the lions we rescue, seeing the lions being released in South Africa this time was just as good as every time we see it”.