by: Mazda Europe in Corporate 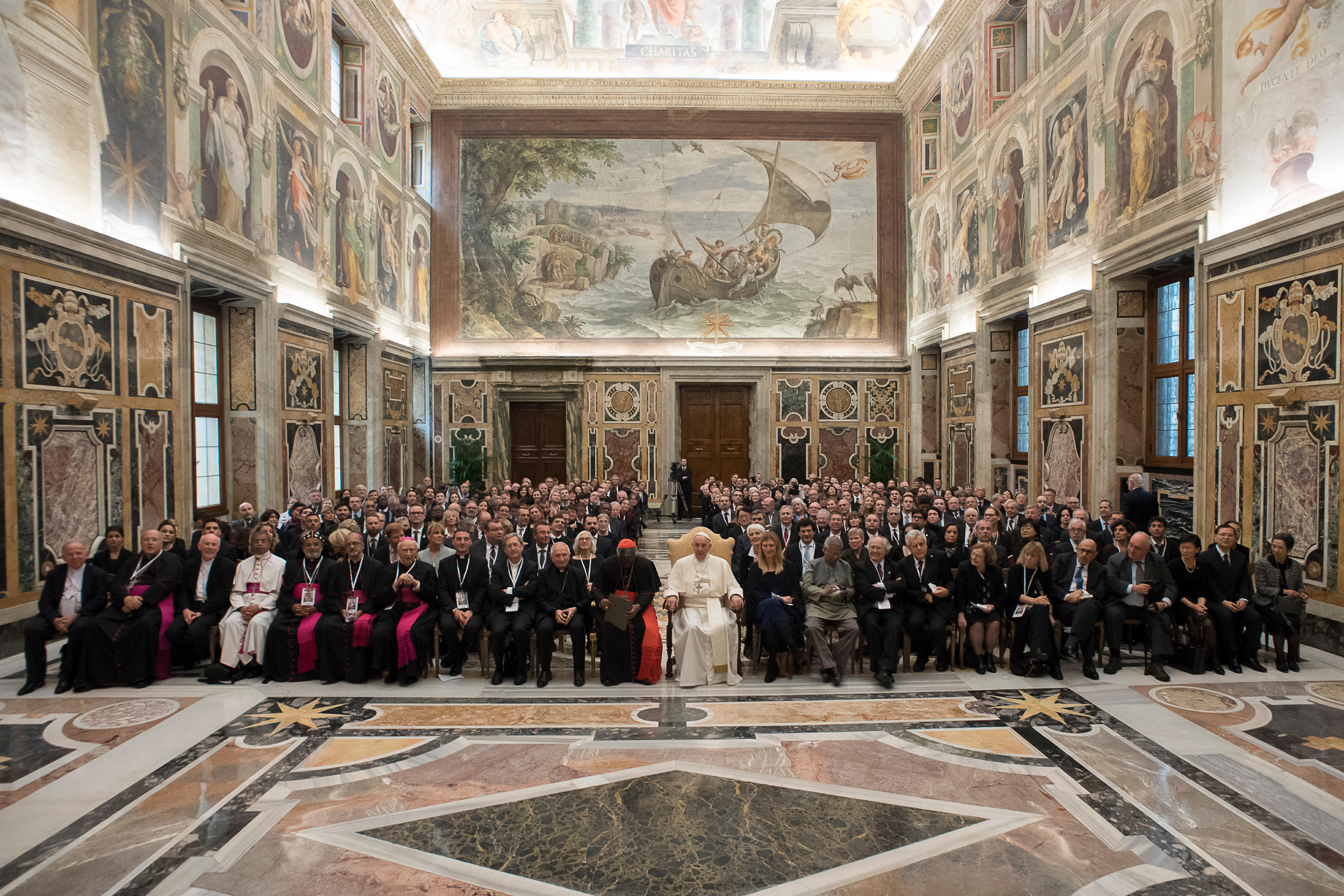 Mazda’s heritage is intertwined with that of its home city, Hiroshima, a place known around the world for its tragic history. This history has made Mazda a campaigner for world peace, as demonstrated again over the weekend by the carmaker’s participation in a Vatican conference calling for the complete elimination of nuclear weapons.

The event, “Perspectives for a world free from nuclear weapons and for integral disarmament”, was organised by the Dicastery for Promoting Integral Human Development, a body newly formed by the Vatican to foster peace and progress. The conference gathered Nobel Peace Prize winners, UN High Representative for Disarmament Affairs Izumi Nakamitsu and other experts and concerned organisations like Mazda together with church representatives.

Bruno L. Müller, vice president of human resources for Mazda Europe, spoke for the Hiroshima-based carmaker. He emphasised how the atomic bombing of Hiroshima on 6 August 1945 and the reconstruction that followed – in which Mazda played an important role – have influenced the company’s values and never-give-up spirit to this day.

“At Mazda, we put people first. But this philosophy applies beyond cars to everything we do, as reflected in Mazda’s commitment to organisations that make a difference,” said Müller during his talk. “Hiroshima’s history serves as a constant reminder that we need to put aside our differences and work closely together. Particularly today, peace cannot be taken for granted. But we must persevere. It’s our duty.”

One of the conference’s premises was that nuclear deterrence has become inadequate as a response to 21st century threats such as terrorism, cybersecurity, environmental degradation and poverty.

“The event responds to the priorities of Pope Francis to take action for world peace,” said His Eminence Cardinal Peter K. A. Turkson, Prefect of the Dicastery. “To use the resources of creation for sustainable development and improve the quality of life for all, individuals and countries, without discrimination.”