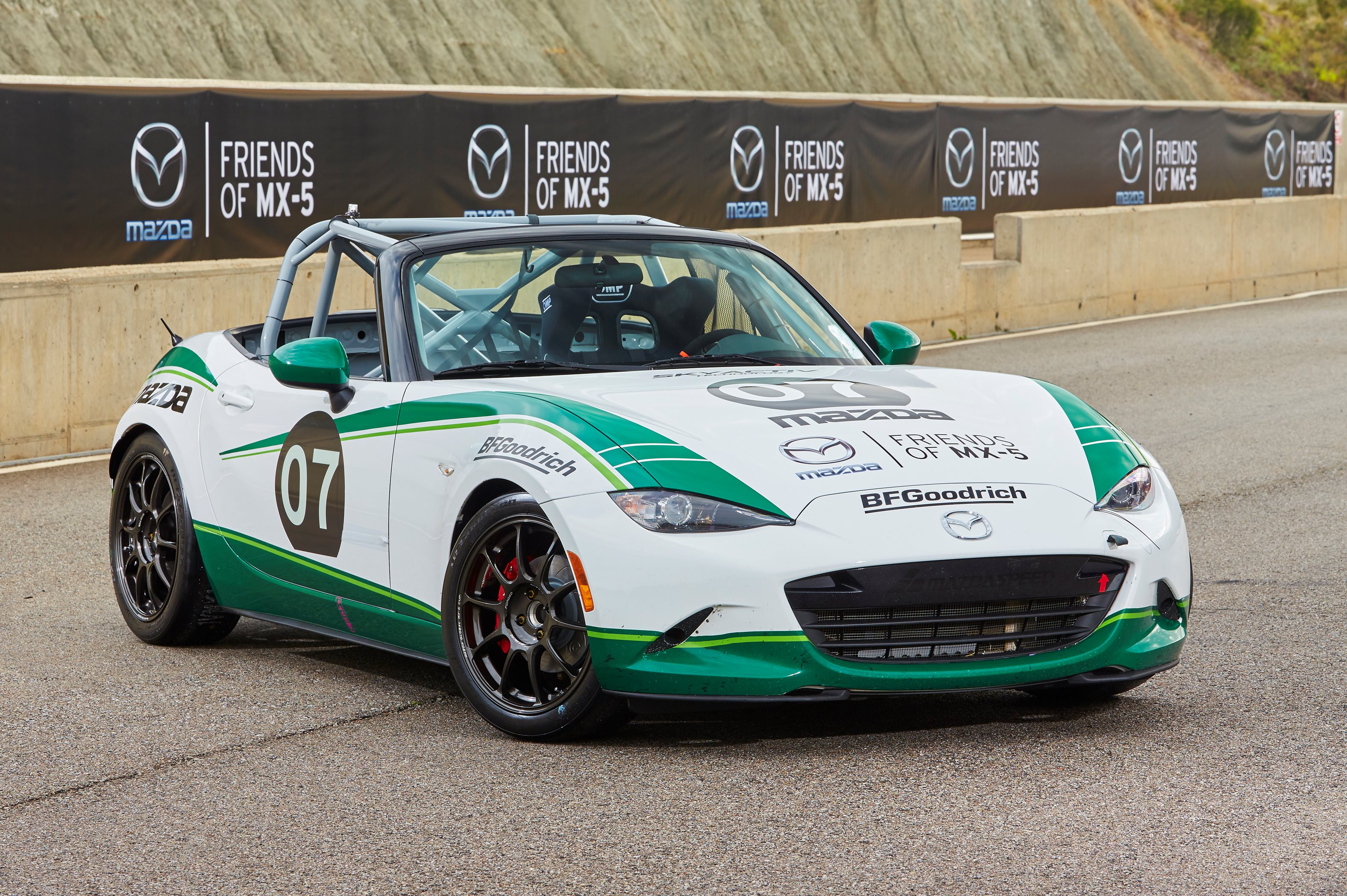 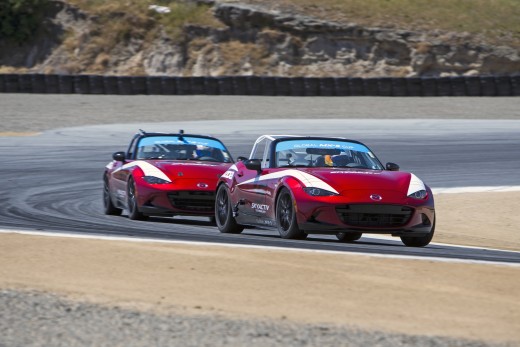 Based on the award-winning all-new Mazda MX-5, the Global Cup car has been developed in-line with the ethos of grassroots MX-5 racing and remains close to the specification of the road car. Built by Long Road Racing in North Carolina USA, the Global Cup car features the 160ps 2.0-litre SKYACTIV-G engine but benefits from a sealed racing ECU and a stainless steel exhaust. Plus, with a front cross brace strut bar, two-way adjustable competition dampers, race springs, Brembo brakes and 17-inch RAYS wheels with slick tyres, the all-new MX-5’s famed chassis has been honed for competition. 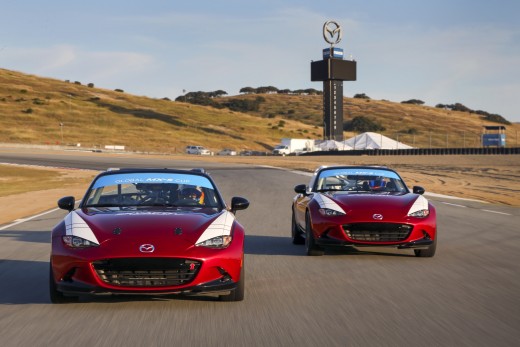 With a seam-welded safety cage, AIM data system and an upgraded radiator, the now fully developed MX-5 Global Cup car has already competed and finished in the 2015 Thunderhill 25 Hour race in California and will make its one-make debut in the 2016 Battery Tender MX-5 Cup – Mazda’s official MX-5 Cup series in North America. In addition, a standalone Global Cup Race will take place in September at the legendary Mazda Raceway Laguna Seca circuit. Here MX-5 racers from Europe, America, Australia and Japan will come together to find a Global champion.

To give British MX-5 racers the chance to make the Global Cup final, Mazda UK will select the championship leaders of the two BRSCC series and the 5Club MX-5 Cup on the 30th May and this trio will head to Barcelona in July to take part in a European run off. Here they will test the all-new Mazda MX-5 Global Cup Car alongside competitors from across Europe. Also joining them in this two-day selection process will be winning digital racers from the Mazda European MX-5 Cup championship – a virtual race series hosted by online racing platform, iRacing. 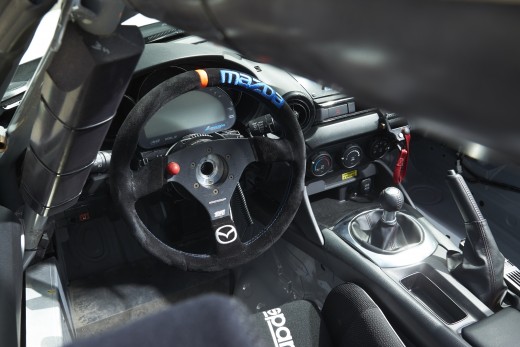 From this European final, five lucky drivers will win a seat in the prestigious MX-5 Global Cup final at Mazda Raceway Laguna Seca in September. “This motorsport program highlights the MX-5’s racing pedigree and opens up some incredible opportunities for those who want to experience driving an MX-5 at the highest level” said Wojciech Halarewicz, Vice President Communications, Mazda Motor Europe.

Commenting on the prize opportunity BRSCC Competitions Manager, Dominic Ostrowski said “the BRSCC is delighted to support the Global Cup MX-5 prize drive programme. The club is proud to run two very competitive MX-5 championships and the opportunity to go to Barcelona, and then hopefully onto the Global Cup race at Mazda Raceway, will raise the bar in our Mk1 and Mk3 series even further. The drivers will be fighting tooth and nail to get on that plane.”

Giles Groombridge, Competitions Manager at the 750 Motor Club added, “we are delighted that our 5Club Racing Championship has been recognised by the Global Cup MX-5 prize drive programme; the prize is a unique opportunity and we are sure that the chance to be on the grid at Mazda Raceway will enhance what is already a hugely competitive series.”