Mazda2 reviews: What the critics say of the stylish, exciting and affordable small car 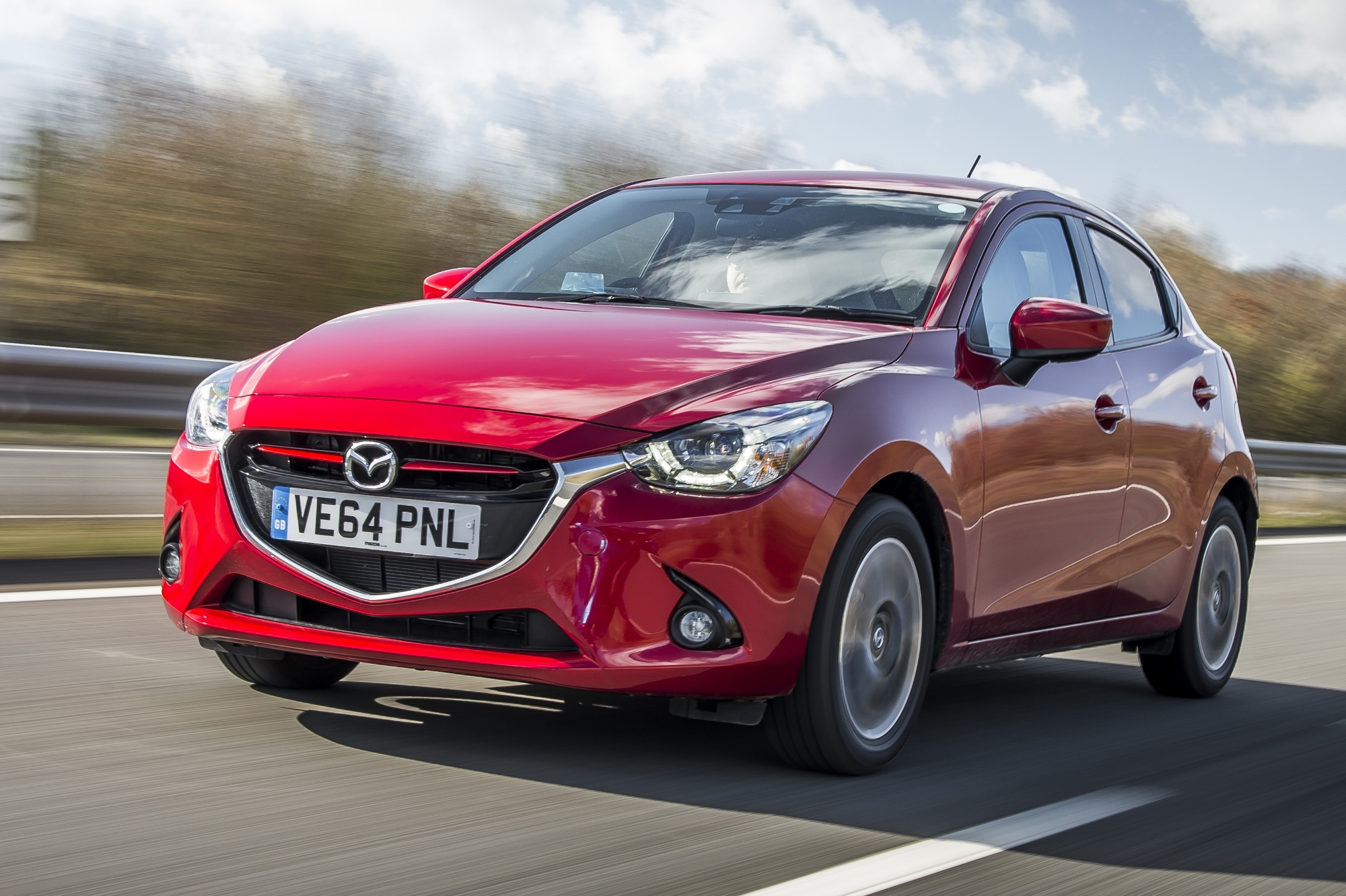 Drivers wanting to buy a supermini should look no further than the new Mazda2. But don’t take our word for it, see what the critics have to say in their impartial Mazda2 reviews.

STYLE
Mazda’s good-looking cars continue to turn critics’ heads. The company’s design language, known as Kodo (Soul of Motion), impresses Nat Barnes of The Express. “It knocks the predictable new Vauxhall Corsa clean into next week when it comes to a beauty contest,” says Barnes, who observes that many drivers buy a small car for its stylish design.

VALUE
“It has premium touches that could make even Audi A1 buyers think twice,” says Which? magazine. Which? is won over by the fact that all trim levels apart from the entry-level SE come with a touch-screen system and ‘the latest safety kit’. Fleet News agrees, suggesting it’s “exceptionally well-equipped for the money.”

QUALITY
The plan for the new Mazda2, says Giles Smith in The Sunday Times, “is to nob up slightly and go full bore after the Volkswagen Polo. This potentially lucrative market segment is where the plastics are soft and silky, screws are properly tightened and keyless entry is more than just an option,” says Smith. He adds: “The boundless delights of internet radio and access to Facebook” show that Mazda is in tune with the connected generation of drivers.

It’s the engineering philosophy that most impresses Nic Cackett of Autocar, which he sums up as “seemingly superior attention to engineering detail.” After testing it, Cackett concludes that the end result is: “A refined, everyman-pleasing medley of usability and deceptive straightforwardness.”

INTERIOR
Writing for Beauty and the Dirt, Liz Turner agrees. The MZD Connect infotainment system gives access to “masses of free mobile content” and will read out incoming Facebook news or text messages. Honest John’s Peter Lorimer believes the Mazda2 features “the best satnav of any car in the world” and suggests buyers shouldn’t be without it. 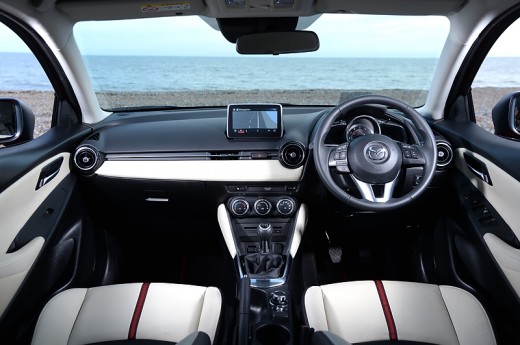 Andrew English of The Telegraph is equally impressed by the Mazda2’s interior, especially the new design of the front seats, which he notes: “Cosset and support the spine like no other.”

COMFORT
Anyone buying the Mazda2 as a family car will be equally pleased with the amount of interior space. Keith Jones of Parkers finds that there is: “Room for four six-foot adults to sit comfortably”. He praises its sense of calm, influenced he says by the comfort-biased suspension.

As an all-new car, where nothing is carried across from the last model, the Mazda2 builds on the SKYACTIV engineering philosophy that helps make its cars as efficient, safe and fun for drivers as possible. Stephen Dobie of Top Gear magazine is impressed by the Mazda2’s 1050kg weight, saying it’s light for the type of car. “The benefits are immediately obvious, as it’s imbued with an agility and keenness to change direction,” says Dobie.

There’s an agility and keenness to change direction

ON THE ROAD
Car Buyer’s test team also finds the Mazda2 fun to drive and says it “achieved the same effect” as the Mazda MX-5 sports car. James Batchelor of Auto Express finds that the 1.5-litre SKYACTIV engine is “cracking”. He adds that the five-speed manual gearbox “has a precise mechanical action, just like the MX-5, that makes changing gear a pleasure.”

Fun behind the wheel is one thing, but many drivers value safety above all else, and in this respect, the Mazda2 impresses Parkers, which notes the number of helpful active safety systems – including a blind spot warning system, lane departure warning and smart city brake support – that can help prevent drivers getting into trouble.

OWNERSHIP
Taking a long term view, What Car? feels that owning a Mazda2 should be a “satisfying experience”. It reveals that the previous Mazda2 was “the most reliable small car” in JD Power, its annual customer satisfaction survey that quizzes tens of thousands of owners about their cars.

Summing up, Auto Express is pleased to report: “Mazda’s hot run of form is showing no signs of coming to an end.”