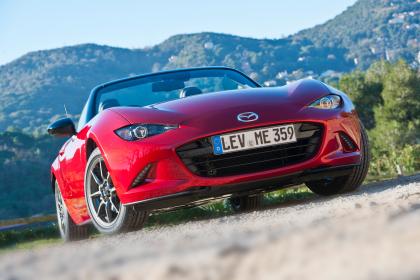 Mazda Motor Corporation has begun production in Japan of the all-new Mazda MX-5. The models rolling off the assembly line at Ujina Plant No.1 in Hiroshima are initially destined for the domestic market, where sales are scheduled to begin in June. The Mazda MX-5 will then be rolled out progressively to other regions, arriving in the UK later this summer.

The fourth generation of the iconic two-seater perfectly embodies Mazda’s vehicle engineering philosophy: the pursuit of driving pleasure. “Innovate in order to preserve” was the development motto, as Mazda aimed to maintain the Jinba Ittai (“rider and horse as one”) fun element that has always defined the MX-5 while at the same time meeting ever-increase safety and efficiency requirements.

The all-new model is the lightest MX-5 since the first-generation and the first with SKYACTIV Technology, including a choice in Europe of two ultra-efficient lightweight petrol engines delivering 131PS and 160PS.

Additional highlights include a sporty KODO: Soul of Motion design, the lowest centre of gravity to date on an MX-5, and a people-oriented interior that’s optimised for open-top driving. It is also available with the MZD Connect infotainment system and a range of i-ACTIVSENSE active and pre-crash safety technology.

First launched in 1989, the Mazda MX-5 instantly revived the market for affordable lightweight sports cars. Some 26 years and almost 200 awards later, the legend is still going strong. With production surpassing 950,000 units in January, Mazda continues to hold the Guinness World Record for the best-selling two-seater sports car of all time.

Ahead of its arrival in dealerships later this year, UK customers excited by the arrival of the all-new Mazda MX-5 can now register their interest and, from Sunday the 8th March, pre-order their all-new MkIV Mazda MX-5 at Mazda.co.uk. 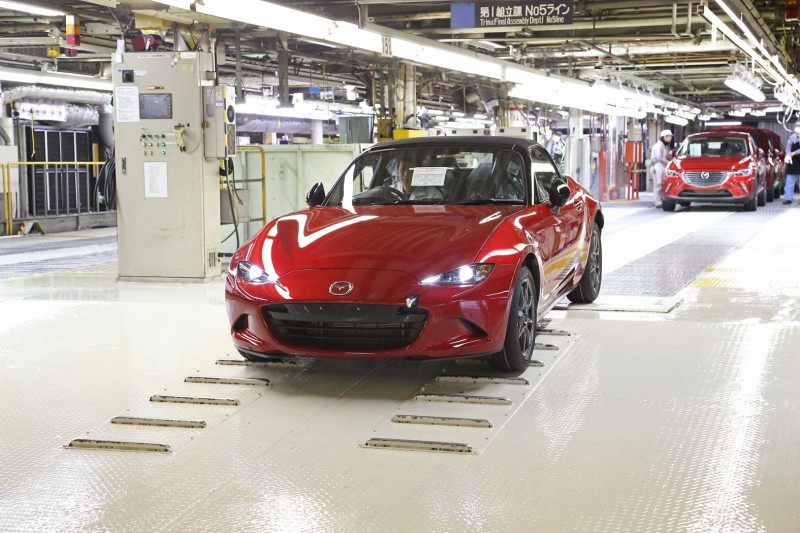