Mazda contract hire in the fast lane to another record 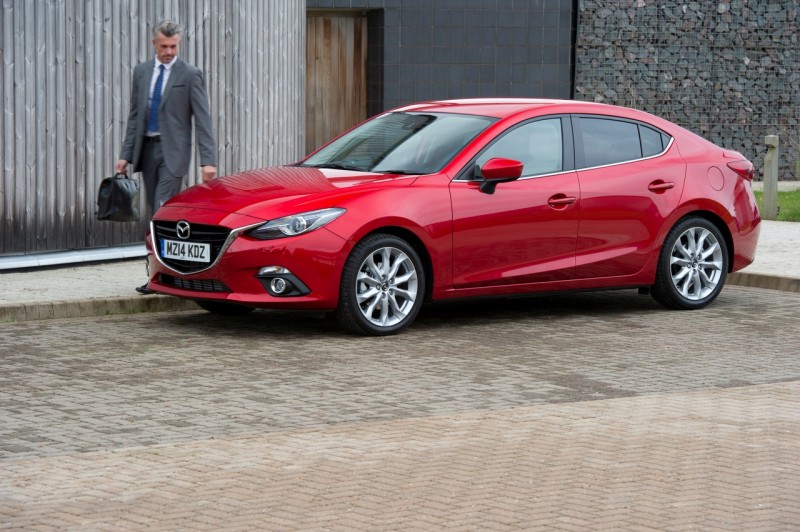 Mazda Contract Hire is poised for another record year following a near doubling of business in the first quarter of the organisation’s 2014/15 financial year.

As demand notably for the all-new Mazda3, Mazda6 and Mazda CX-5 from fleets and company car drivers continues to escalate, it is expected that Mazda Contract Hire will beat 2013/14 business levels when a record 1,133 cars were leased, up 214 percent year-on-year beating the previous best set seven years ago by 51 percent.

Mazda Head of Fleet Steve Tomlinson said the launch of more competitive lease rates by Mazda Contract Hire on the ever-popular Mazda6 coupled with the early 2014 launch of the all-new Mazda3 had been instrumental in the rise in demand.

He said: “Since its launch in January 2013, the monthly contract hire rates across the Mazda6 range have reduced by, on average, £40 a month meaning it is now available from £199 per month (ex-VAT). Additionally, the availability since January this year of the all-new Mazda3 from just £169 per month (ex-VAT) makes both models highly attractive.”

Tomlinson continued: “Mazda Contract Hire business almost doubled in Q1 2014/15 and is trending on a similar curve at the start of Q2 so we expect that demand in the first half will be significantly up on the first six months of 2013/14.”

Corporate demand for cars, including the Mazda CX-5 and the iconic Mazda MX-5, through Mazda Contract Hire increased in the second half of 2013/14 with the introduction of more competitive lease rates and the addition of two dealers to its Fleet Specialist network.

Nevertheless, Tomlinson said: “In the last 12 months demand for company cars through Mazda Contract Hire has gathered significant momentum and we see that continuing. As a result we anticipate 2014/15 to be another record year for the business.”

He continued: “Our entire dealer network is open for fleet business. In addition to the Fleet Specialist Dealers, the remainder of our network is increasingly recognising the importance of engaging with businesses in their surrounding areas.

“Corporate sales should be a major component of our dealers’ sales mix and Mazda Contract Hire, which delivers budgeted monthly motoring that is particularly important for SME businesses at a time when credit is tight, is a core channel for our dealer network.”

At the heart of Mazda’s vehicle range are the trio of models – the all-new Mazda3, Mazda6 and the Mazda CX-5, available from £229 per month (ex-VAT) – all powered by its emission-cutting, fuel-saving SKYACTIV technology underpinned by the brand’s established characteristics of first class performance, excellent vehicle reliability and strong whole life costs.

Further supporting the Mazda Contract Hire proposition is model availability. Dealers are able to meet corporate demand typically within 10-14 days of orders being placed, should that be required. That compares favourably with some other manufacturers quoting significant lead times on their key fleet models.

Tomlinson concluded: “Employees are seeing an increasing number of Mazda vehicles in the company car parks and on the roads and that is having a major ‘pull’ when it comes to them choosing their new company car.