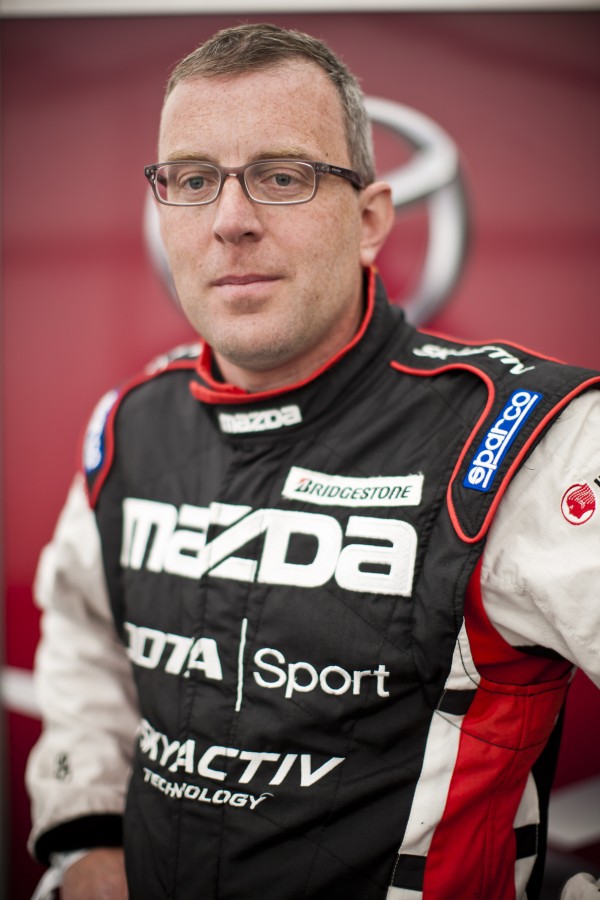 Sometimes being hit by another car has its advantages. So it proved for Mazda MX-5 driver Owen Mildenhall. After getting into the car two and a half hours into the Nurburgring 24-hour race, the Briton had a pleasant surprise. Mazda Social caught up with Owen for an exclusive interview after his first stint, see film here:

“I was expecting the handling to be terrible after Stefan (Johansson) was hit on the opening lap,” he said. “But it turns out (Teruaki) Kato was hit in the same place by another car just before he came in and it straightened the bent suspension out.”

With the sun still shining, Owen got out of the car at 8.35pm with it seventh in class. He said: “You have to be gentle with the brakes to ensure they last as long as possible but I passed a couple of cars in the class. It’s good to get a solid stint under your belt while it’s still light.

“You have to be really regimented about looking in the mirror and indicating to show the faster cars where to pass. It’s not too difficult on the straights as you can just stick to one side. In corners the Mazda MX-5 is quick so the faster cars aren’t too much of a problem. When it’s dark it’s going to be much harder because there will be no marshals’ flags to help us.”