by: Mazda UK in Mazda6 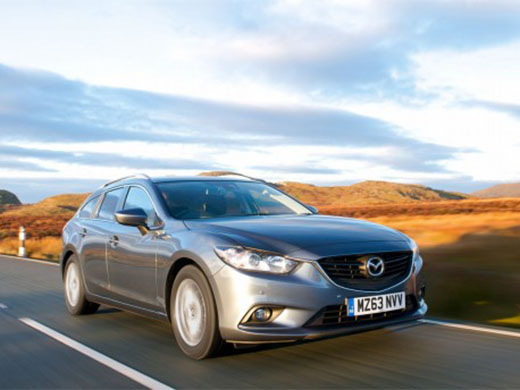 New Mazda6 has claimed another award by winning the ‘larger family car’ category at the Midland Group of Motoring Writers Green Apple Awards 2013. Featuring the Japanese brand’s fuel-saving SKYACTIV technology and its KODO-Soul of Motion styling, the new Mazda6 saloon and tourer have accumulated a total of nine awards in the UK and 189 globally, since launch.

The latest awards presentation, which was held recently in the House of Commons, was organised by Midlands-based The Green Organisation and judged by journalists from the Midland Group of Motoring Writers (MGMW).

MGMW chairman Ian Donaldson commented: “This year’s winner is the new Mazda6, a car whose looks and economy clearly impressed the judges. This is a typically well rounded car from Mazda, employing some clever technology to keep the petrol and diesel engine as viable power sources for decades to come.”

Peter Allibon, Sales Director, Mazda UK said: “Mazda’s ‘defy convention’ approach to automotive design and engineering has enabled us to create award-winning vehicles like the new Mazda6 that delivers phenominal customer benefits through our unique SKYACTIV technology. We are delighted that the improved fuel economy and reduced emissions delivered by this genuinely ground-breaking technology has been acknowledged by the Green Apple Award 2013 and that we have beaten many petrol/hybrid competitors, such as the Vauxhall Ampera, in taking this award.”

New Mazda6 buyers can select from 36 saloon and tourer models, with prices ranging from £19,595 to £28,295 on-the-road (OTR), fuel economy up to 72.4mpg (combined cycle) and CO2 emissions from 104g/km, without having to downsize engine capacity or compromise on performance.

There is a choice of petrol or diesel power (from 145 to 175ps), and six-speed manual or automatic transmissions – depending on model. All the SKYACTIV powertrains available with new Mazda6 are fitted with Mazda’s unique fuel-saving idle-stop system, i-stop, which delivers the fastest restarts in the industry.

All new Mazda6 diesel models and Sport petrol models are available with Mazda’s truly innovative i-ELOOP regenerative braking system which can deliver an additional fuel saving of up to 10 per cent fuel, depending on driving conditions.