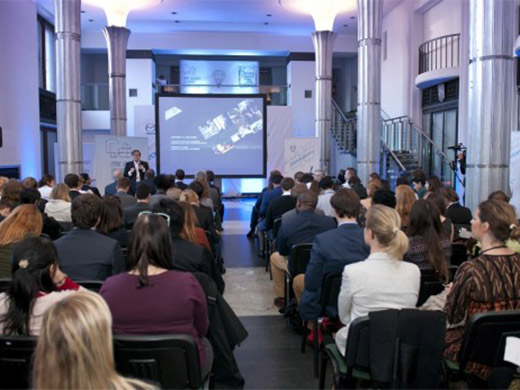 The 13th World Summit of Nobel Peace Prize Laureates in Warsaw attracted more than 4,000 participants. For three days, recipients of the Nobel Prize for Peace and representatives from peace-promoting organizations discussed how to make the world a more peaceful place. As the exclusive automotive Leading Partner of the 13th summit, Mazda provided a fleet of its new Mazda6 and CX-5 models as official means of transportation. All in all, the 50 cars covered a distance of more than 36,000 km.

“The summit exceeded our expectations, and we are very proud to have supported such an outstanding event, celebrating the challenger spirit and the shared desire to create a better world,” said Jeffrey H. Guyton, CEO & President, Mazda Motor Europe. “We thank all the participants and especially the organizers of this year’s summit. It was a rewarding and humbling experience to engage with so many extraordinary and respected people who make a difference for all of us around the globe, defying convention to make things better.”

During a Mazda-led workshop at this year’s Lech Walesa Institute’s Civic Academy, Jeffrey H. Guyton invited more than 130 young future leaders from around the world to participate in a competition to win the ‘Make Things Better Award’. The award includes prize money of 10,000 EUR to be used for promoting a good cause. In the workshop, Jeffrey H. Guyton, Wojciech Halarewicz, VP Communications at Mazda, and multimedia artist Phil Hansen discussed ways of overcoming challenges and leveraging the latest communication tools. Nobel Peace Laureate Betty Williams also addressed the young leaders, speaking about her role in the Northern Irish peace process.