by: Mazda UK in Design, Mazda and you

For an increasingly design led company there was only one place to be in the second week of April: Milan Design Week 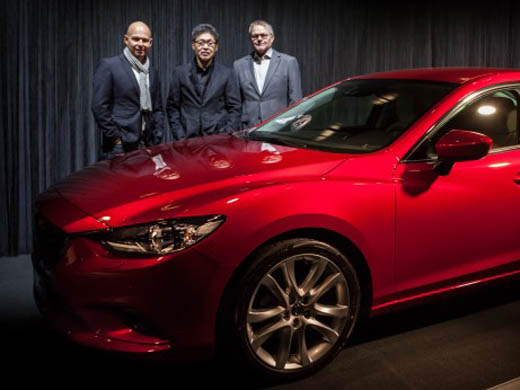 For an increasingly design led company such as Mazda, there was only one place to be in the second week of April: Milan Design Week. Hailed as Europe’s foremost design event, the Milan week has been a fixture on many people’s calendars since 1961.

Back then it was simply a fair to celebrate the latest in furniture design. How times change. Furniture remains one of its fundamentals but now Milan Design Week is a celebration of all areas of design from sculptures to screen printing, cycles to chairs and computer animation to cars.

The unusual and slightly disconcerting thing about Milan Design Week is that unlike other shows, which usually base themselves in one or at most a handful of locations, this is spread all over the city. Some exhibitors take over art galleries, some exhibition halls. Some show in disused shops or factories and others even rent cool apartments which they empty and transform into temporary exhibition spaces.

Exhibiting doesn’t finish at the end of the business day. Milan uses Design Week as an excuse to celebrate and the streets around the fashionable Zona Tortona district that underpins the event are rammed until late into the night.

The majority of exhibitors are friendly and welcoming in a typically Italian way too. Even on a weekday there’s a degree of chaos in some of the spaces because of the number of visitors. But with an estimated 3000 designers showing off their work, Milan Design Week attracts an estimated 300,000 designers and fans of style from all over the globe and its importance can’t be underestimated.

“Being involved with this event allows us to address a broader world,” says Ikuo Maeda, Mazda’s global head of design. “We’re here to share our creative vision and expand our horizons, to be inspired in such a stimulating environment and, I hope, inspire others.”

Mazda isn’t alone in recognising the value of Milan Design Week: many other motor manufacturers taking advantage of the opportunity to engage with exhibition visitors too. But where Mazda differs from its rivals is that the Mazda Con-temporary Space (MACS) in the Zona Tortona isn’t just open for the week.

Mazda Europe president and CEO Jeff Guyton explains: “We’ve had this presence in the city since January. It’s featured various exhibitions by Italian artists that are open to the public with movement and the Soul of Motion as their central themes. For example we approached a nearby design college and asked students to express our KODO design language in whatever medium they were working in. It gave them the opportunity to show off their work in our space and enabled us to engage with young designers.”