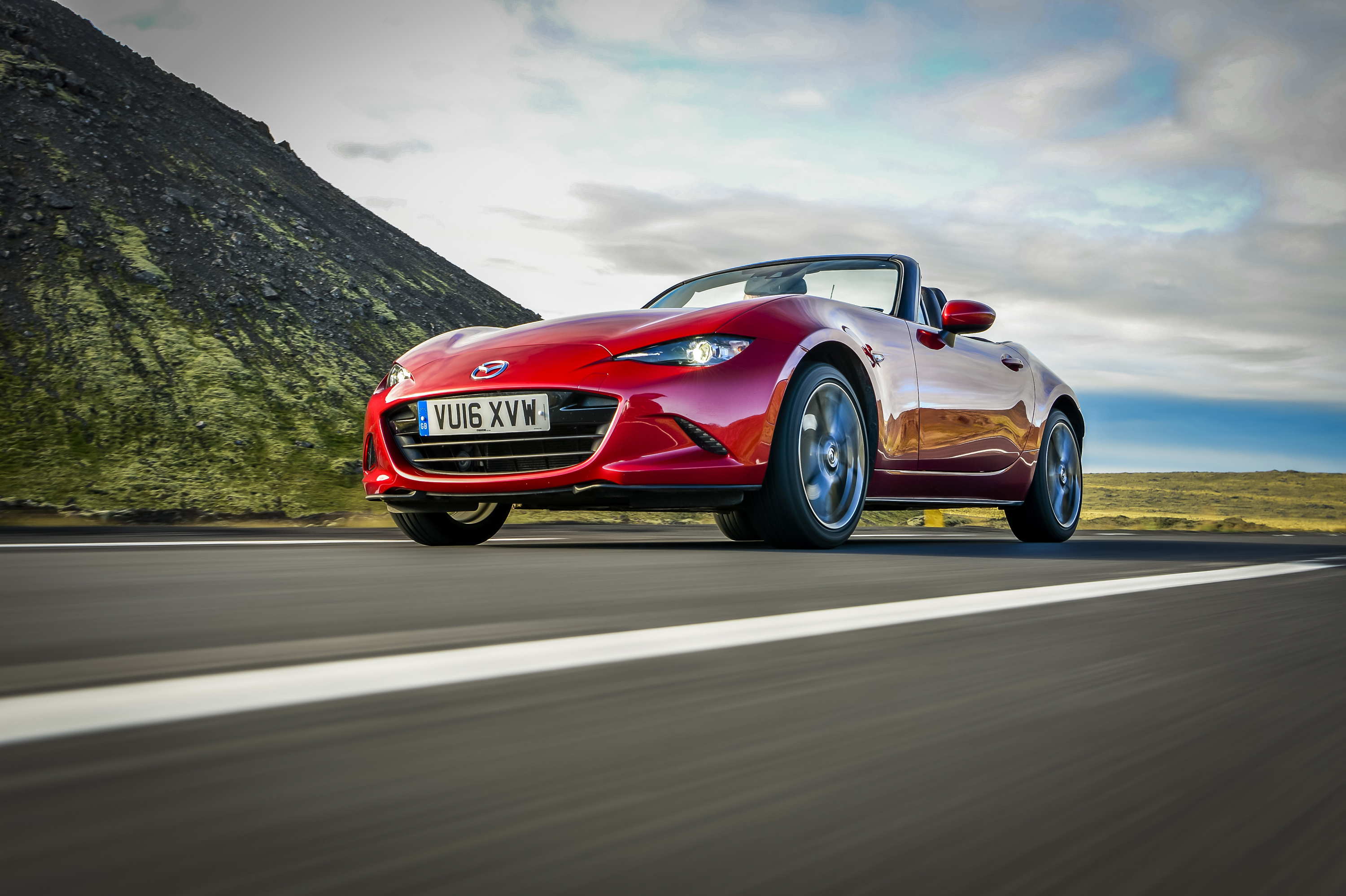 The all-new Mazda MX-5 has once again been recognised by Auto Express in their annual awards. Taking the Best Roadster title at the Auto Express New Car Awards for the second year in succession, the MX-5’s latest accolade adds to an award tally that includes 2016 World Car of the Year, 2016 UK Car of the Year and 2015/16 Japan Car of the Year titles. 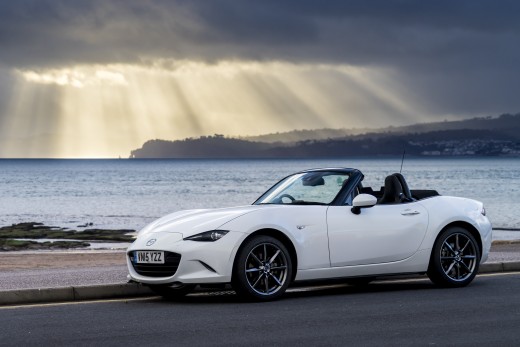 The lightest MX-5 since the iconic original, the all-new Mazda MX-5 is shorter, lower and wider than the car it replaced. With the smallest overhangs and lowest centre of gravity yet, its dynamic proportions and Mazda’s KODO: Soul of Motion styling reflects its focus on driving pleasure in an unmistakably contemporary and dynamic way. With perfect 50:50 weight distribution and more technology than ever before, the all-new MX-5 has firmly re-established Mazda’s dominance of the affordable sports car sector. 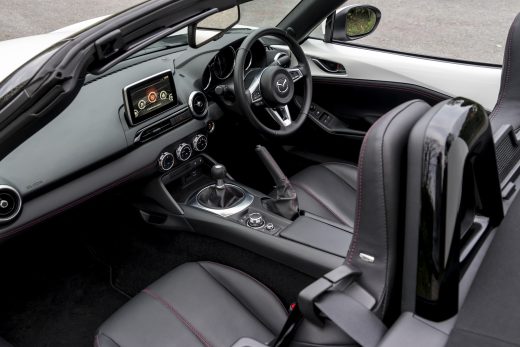 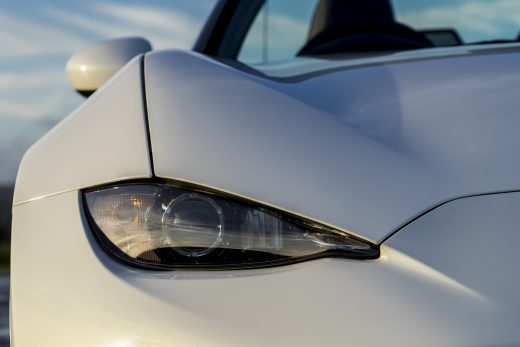 Commenting on the MX-5’s success, Auto Express Road Test Editor James Disdale said, “no other car embodies the fun-loving spirit of a roadster better than the Mazda MX-5. Combining beautifully balanced rear-wheel drive handling and head-turning looks with an affordable price tag, the Mazda brings wind in the hair thrills to the masses. Yet the MX-5 isn’t just for high days and holidays, because its classy cabin, decent practicality and low running costs mean its as comfortable on the daily commute as it is blasting down back roads.’

With the one-millionth MX-5 having rolled down the production line on the 22nd April 2016, the world’s best-selling two-seater sports car continues to win the hearts of drivers across the globe, while the eagerly awaited launch of the all-new Mazda MX-5 RF sees the next chapter of the MX-5 success story about to be written. 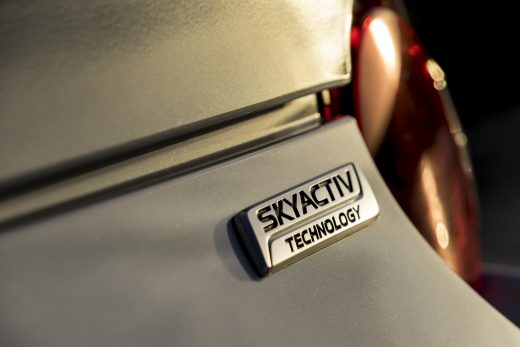 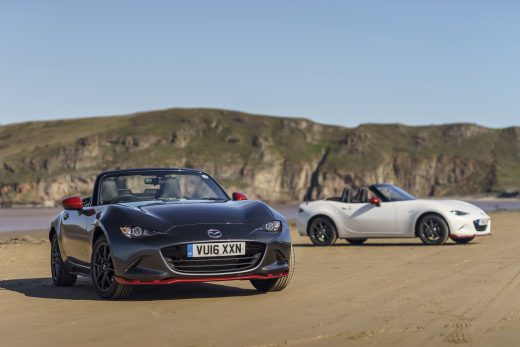 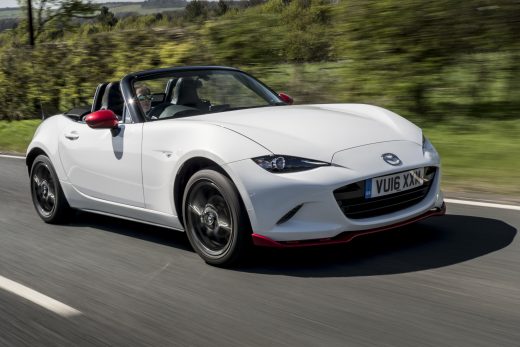 Collecting the Auto Express award, Mazda Motors UK Managing Director, Jeremy Thomson said, “We’re thrilled with both the customer and media response to the all-new MX-5. The MX-5 is the definitive example of how our SKYACTIV Technology and KODO design philosophy help us create stylish, spirited and great to drive cars. This roadster has strengthened the bond between Mazda and its customers for more than a quarter of a century, and since its UK launch in 1990, over 120,000 MX-5s have been sold to British driving fans.” 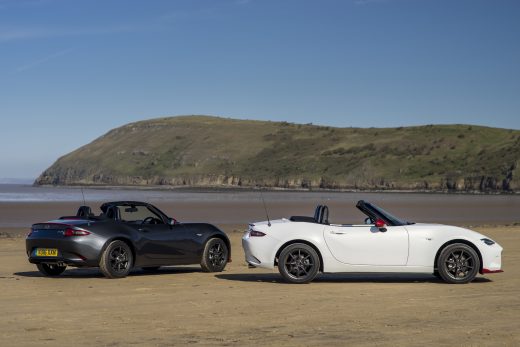 Adding, “and with a bumper year of MX-5 convertible sales to come, plus with pre-order open for the all-new Mazda MX-5 RF ahead of its arrival in dealerships next year, I’m sure we’ll be attracting even more people to the MX-5 family over the next 12 months. 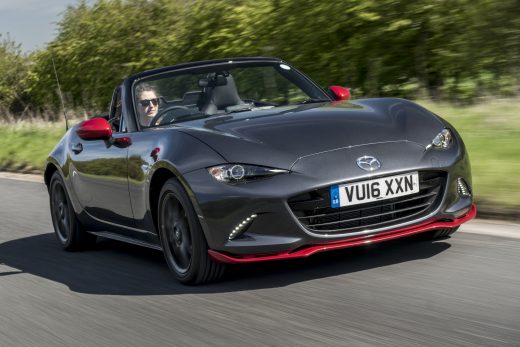