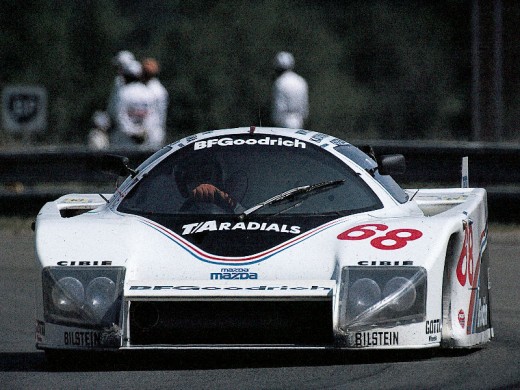 After Group C Junior victory for the Mazda 717C in 1983, for the 1984 Le Mans 24 Hours Mazdaspeed entered the renamed Group C2 class with a pair of Mazda 727Cs. An evolution of the previous year’s 717C, it used the same Mooncraft built chassis and twin-rotor 13B engine.

However, Mazda’s attack was bolstered by a pair of sleek Lola T-616s entered by American Jim Busby. Powered by the same 13B rotory engine as the factory cars, the British built Lolas were shod with experimental BFGoodrich radial road tyres. 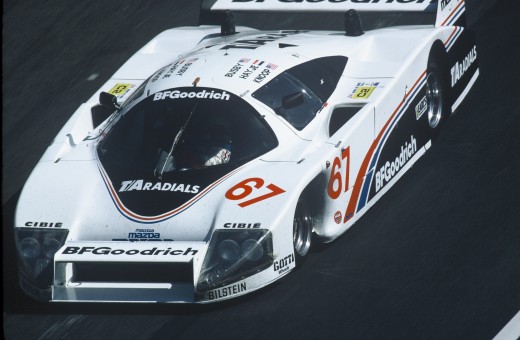 At times the crowd were treated to the sight and sound of a quartet of rotary powered cars running together and all four Mazdas made the chequered flag – once again proving the durability of the twin-rotor engine. With Americans John O’Steen and John Morton joined by Mazda factory star Yoshimi Katayama, the number 68 Lola-Mazda crossed the line in 10th place overall and took C2 class victory. Even better, the sister Lola-Mazda took third in C2, with the leading 717C fourth in class.