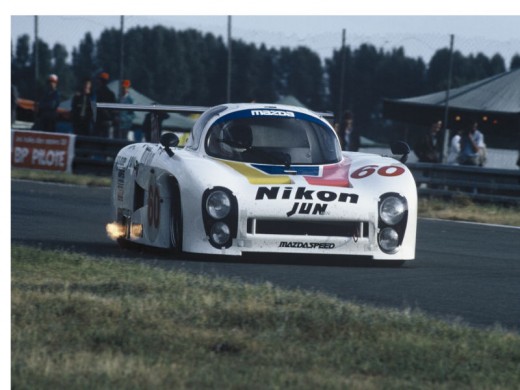 The weekend of the 18th and 19th June 1983 saw Mazda take its first silverware at the Le Mans 24 Hours. With victory in the Group C Junior category Takashi Yorino, Yojiro Terada and Yoshimi Katayama finished 12th overall in their Mazda 717C. 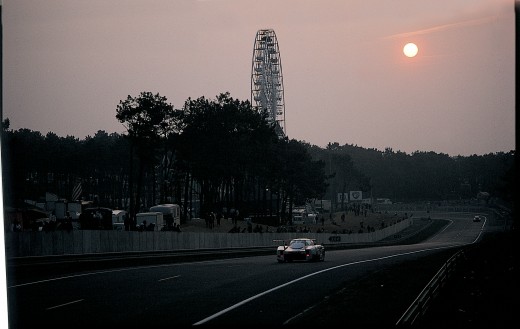 Having entered RX-7s at Le Mans from 1979 to 1982, the new for 1983 Group C regulations allowed Mazda to build its first full sports prototype racer. Entered in the smaller Group C Junior class, the diminutive 717C was powered by twin-rotor engine and had an aluminium monocoque chassis. Its sweepy low drag bodywork and enveloped rear wheels were designed to ensure the highest possible speed along the famous Mulsanne straight, but with very little downforce and a short wheelbase  – the little Mazda was a handful for the drivers.

However, its speed and endurance resulted in a 12th place finish overall and the Group C Junior win. In fact as a mark of the Mazda’s reliability – the only other finisher in the Group C Junior class was the second 717C of British drivers Steve Soper, James Weaver and Jeff Allam, who took the flag in 18th overall.

Did you know? The slippery Mazda 717C had a drag coefficient of just 0.27cd.