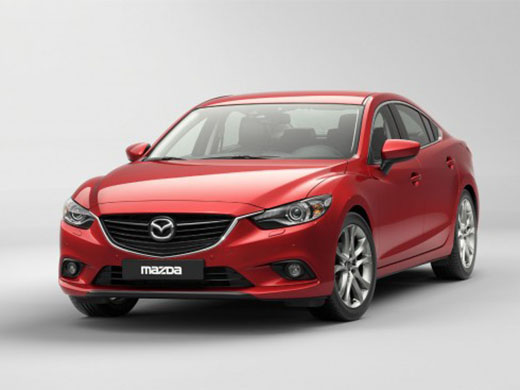 Mazda Motor Corporation today announced that Mazda Atenza (new Mazda6) was selected by the 2014 RJC Car of the year in the final voting by the Automotive Researchers’ and Journalists’ Conference of Japan, known as RJC, a non-profit organization consisting of Japan-based automotive critics and journalists.

‘Atenza (new Mazda6)’ is the flagship model that comes with Mazda’s new generation technology ‘SKYACTIV’ and the new design theme, ‘KODO.’ Offered with a full suite of SKYACTIV technology such as ‘SKYACTIV-G’, highly efficient yet a powerful new generation gasoline engine, or ‘SKYACTIV-D,’ an environmentally friendly diesel engine, the model delivers strong and spirited driving dynamics, together with high quality ride comfort.

Since its launch, the sales of the Atenza (new Mazda6) remains strong even today. The model received more than 24,000 units of orders as of the end of October, which is almost twice as much as the annual planned sales of 12,000 units.

Eligible models for RJC Car of the Year this year are mass production vehicles which were launched between November 1st in 2012 and October 31st in 2013. This is the sixth time for Mazda to win RJC Car of the year. The last time was when Mazda Demio won the same award in 2007.