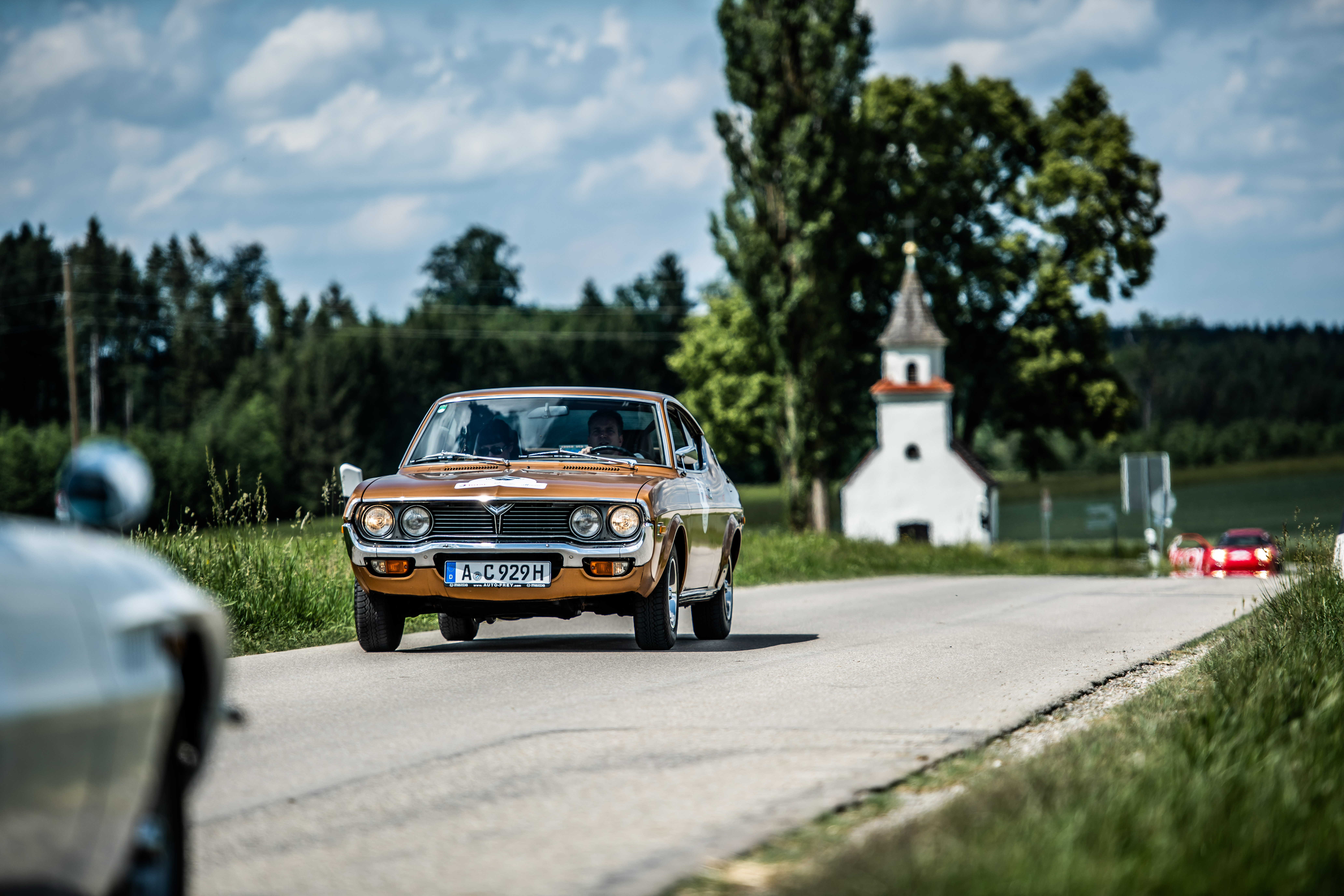 To celebrate the 50th Anniversary of Mazda in Germany, the Frey Mazda Classic Car Museum in Augsburg is hosting a special exhibition which looks back on half a century of different models and technical innovations from Mazda.

To celebrate the market launch of Mazda in Germany in 1972, the display highlights key Mazda milestones: from the official start of sales in Germany in November 1972 to historic sales successes and significant digital innovations where Mazda was ahead of its time.

Founded more than 100 years ago in Hiroshima, the company has always seen itself as an automobile manufacturer that goes its own way off the beaten track, actively tackles challenges and develops innovative solutions that challenge conventional thinking. That was the case even before the brand came to Germany – just think of the rotary piston engine that Mazda developed in the 1960s to the point where it was ready for large-scale production, overcoming numerous technical difficulties that were previously considered almost impossible to solve. What others consider impossible only becomes interesting for Mazda: That is the challenger spirit that determines the way the company thinks and acts.

Of course, the rotary engine also plays an important role when it comes to the history of Mazda Germany: for example in 1991, when German racing driver Volker Weidler was one of teh drivers of the rotary powered 787B that won the 24 Hours of Le Mans. Or in 2017, when the Mazda Garage YouTube series initiated by Mazda Germany restored a Mazda Cosmo Sport and then took part in the Hamburg-Berlin Classic Rally.

A history of the brand in Germany is of course unthinkable without its models, which have helped shape the streetscape in Germany over the past decades and have also repeatedly set market trends for the industry. With more than 770,000 units, the best-selling Mazda model in Germany to date is the compact classic Mazda 323, which completed the ultimate endurance test before its world premiere in 1977. From Hiroshima to the IAA in Frankfurt, it crossed 13 countries in 30 days and covered 15,000 kilometers with practically no breakdowns – another special moment in the history of Mazda Germany.

The Mazda 626 also celebrated memorable successes in its sector: it was now the best-selling imported model in Germany at its launch, beating the established competition in comparative tests, and was an example of the high reliability of the brand.

It was out of this love for the Mazda brand and its models, that the Mazda dealer owning Frey family created the Mazda Classic – Automobil Museum Frey in Augsburg, the only Mazda museum outside of Japan. So there is no more perfect a place to have a special exhibition on the topic of 50 years of Mazda in Germany.

Historic models, such as the Mazda 1300, the Mazda 818 and the Mazda RX-3, which have shaped the brand’s growth in the German automotive market since 1972, will be presented by the museum team. Visitors to the museum will also be able to enjoy a special exhibition for mid-May showing Mazda miniature models from all over the world.

With around 50 vehicles, the Frey Museum is one of the world’s largest private collections and is located in Augsburg’s city centre. Frey’s Mazda Classic Car Museum shows Mazda models from the over 100-year history of the Japanese company, from the first Mazda passenger car, the R360 Coupé from 1960 to the Mazda Cosmo Sport 110 S, the world’s first vehicle with a twin rotor engine.