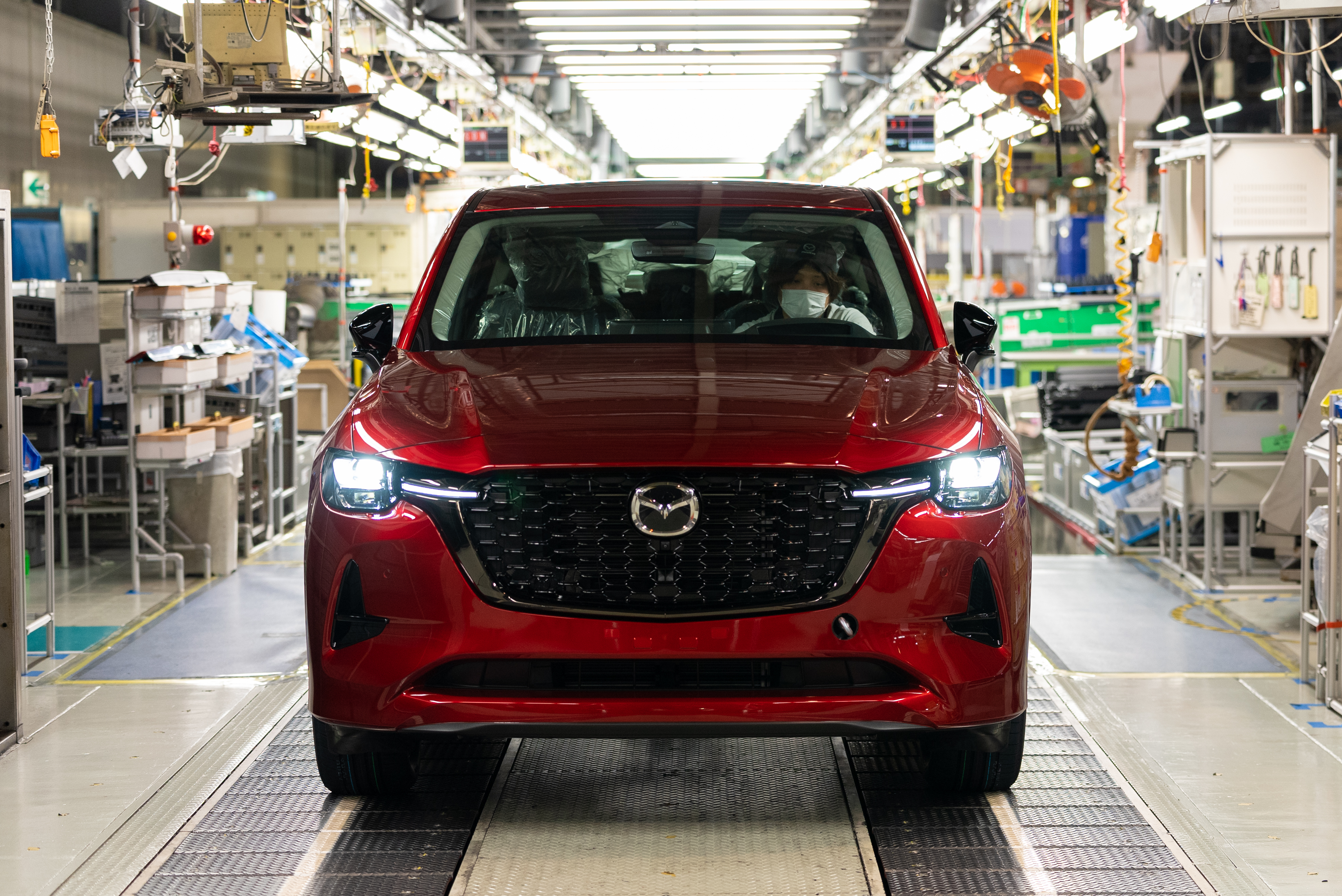 Mazda Motor Corporation held a ceremony on the 18th April to mark the start of mass-production of the all-new Mazda CX-60 SUV at Hofu Plant No. 2 in the Yamaguchi Prefecture. During the Hofu Plant ceremony, Mazda’s Representative Director, President and CEO, Akira Marumoto, and Mazda Workers’ Union Executive Committee President, Satoru Harada, delivered speeches, employee representatives expressed their commitment, while a commemorative vehicle was introduced to the audience.

Attended by approximately 100 people involved in production, including Hofu Plant employees, local suppliers, and Yamaguchi Prefecture officials, as well as many others that joined online, the ceremony was a key company milestone with the CX-60 being Mazda’s first plug-in hybrid SUV.

The most important model it has introduced for over a decade, Mazda’s new flagship represents everything that the company has built into its DNA over the last 100 years, from outstanding exterior and interior design to the finest Japanese craftsmanship, the latest innovations in human-centric technologies and a world-class powertrain.

This combination of engine and motor delivers a total system output of 327PS and abundant torque of 500 Nm, making it the most powerful road car Mazda has ever produced. Conversely, the new Mazda PHEV displays outstanding environmental credentials: WLTP combined fuel consumption is just 188mpg and WLTP combined CO2 emissions only 33 g/km.

Mass production of European CX-60s started on the 15th March and the vessel carrying the first shipment of CX-60s is due to depart for Europe on the 26th April. Available to order now, the first Mazda CX-60 models will arrive in the UK later this summer.