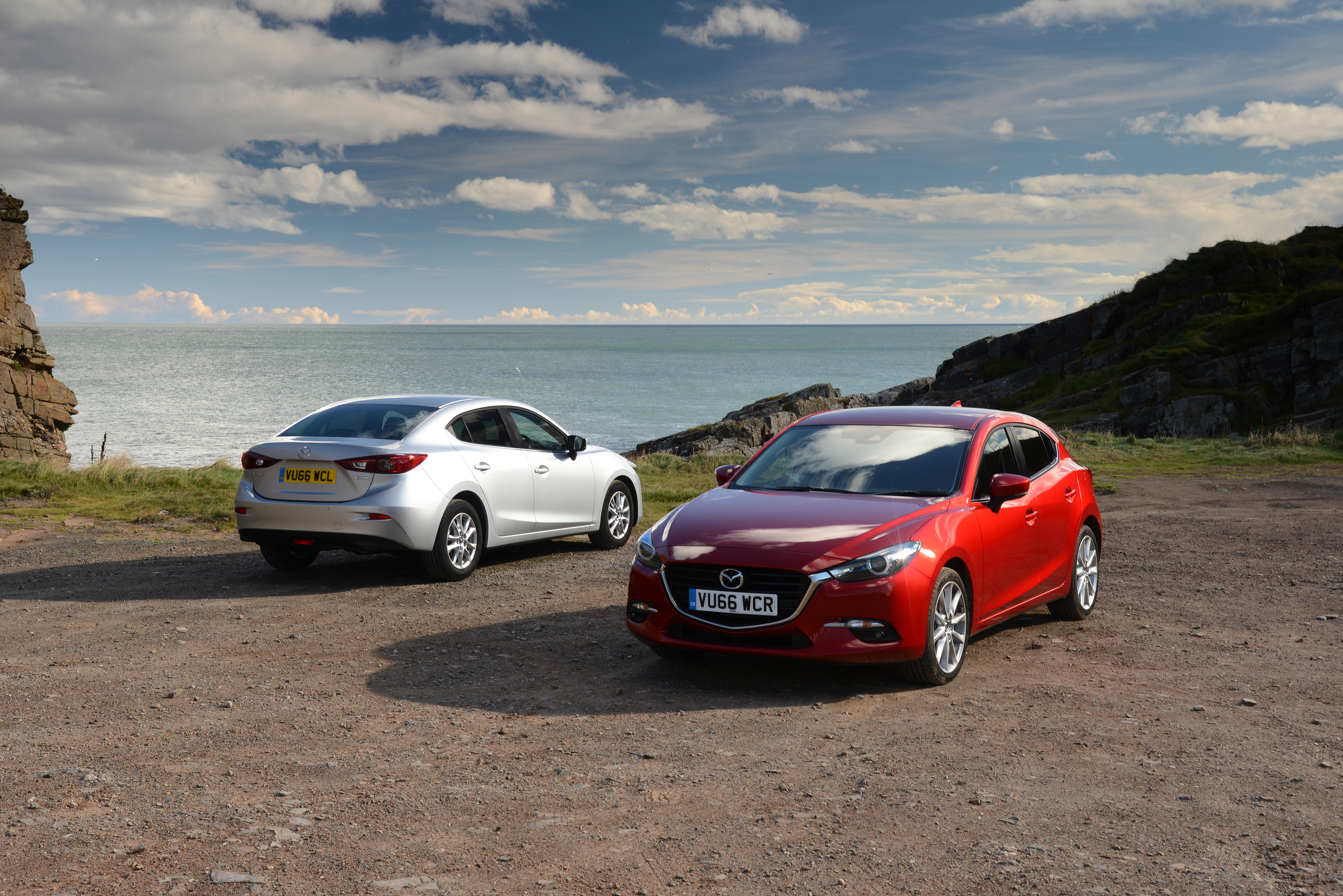 With global production having passed five million cars at the end of April 2016, the highly acclaimed Mazda3 has been updated with the launch of the 2017 Mazda3. Highlights across the full hatchback and Fastback range include, subtle exterior changes and an updated cabin. Plus, with the introduction of G-Vectoring Control, the debut of Mazda’s SKYACTIV-VEHICLE DYNAMICS technology. 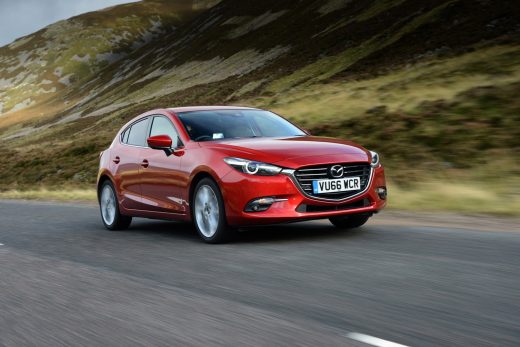 Thanks to its KODO: Soul of Motion design and SKYACTIV technology, the current generation of Mazda’s global sales leader set new standards when it went on sale in the UK in 2014. Its bold styling, premium quality and advanced technology saw it win praise for its sharp handling, upmarket cabin, alluring looks and efficient engines. 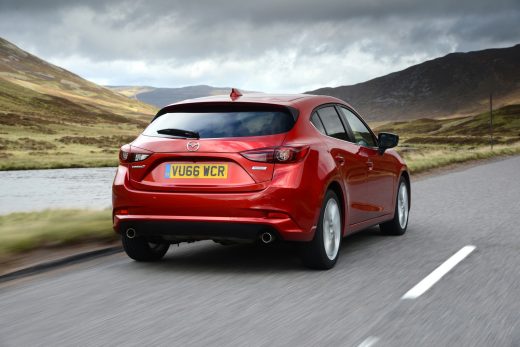 Maintaining an award-winning range of SKYACTIV petrol and diesel engines, the 2017 Mazda3’s broad spread of enhancements are designed to keep it at the forefront of this competitive class. Externally, the 2017 Mazda3 is marked out by a revised grille with a stronger three-dimensional look and a new front fog light bezel. Across both body styles, revised door mirrors feature wraparound turn indicators, while hatchback versions have a redesigned rear bumper. 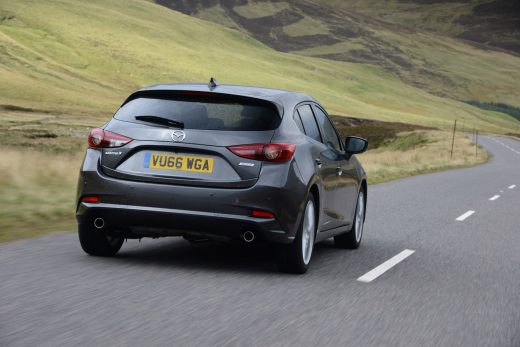 The 2017 Mazda3 is available in eight colours including Mazda’s new Machine Grey Mica, which having starred on the all-new Mazda MX-5 RF at the 2016 New York Motor Show makes its production debut on the Mazda3. The second all-new colour to make its debut is Eternal Blue Mica, while Sonic Silver Metallic is offered for the first time on the Mazda3. SE and SE-L Nav trim cars feature 16-inch alloy wheels, while Sport Nav models benefit from a new design of high-sheen finish 18-inch alloy wheels. 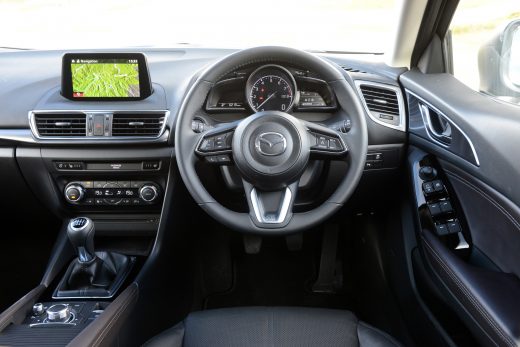 Inside, the 2017 Mazda3’s cabin evolves the driver-oriented interior space with a host of updates that include higher-quality switch panels and handle bezels on the doors, plus a newly designed trim insert on the dashboard. The adoption of an electric parking brake creates space for a more practical centre console, while another highlight is a new leather steering wheel design that enhances feel and style, and if combined with leather seats is heated. 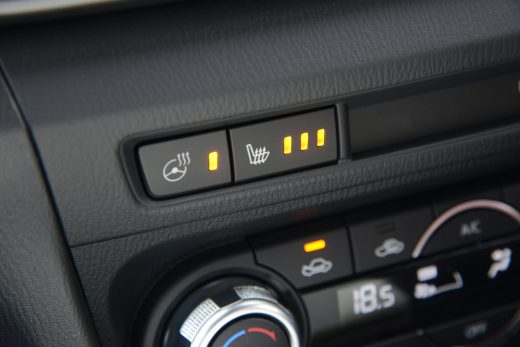 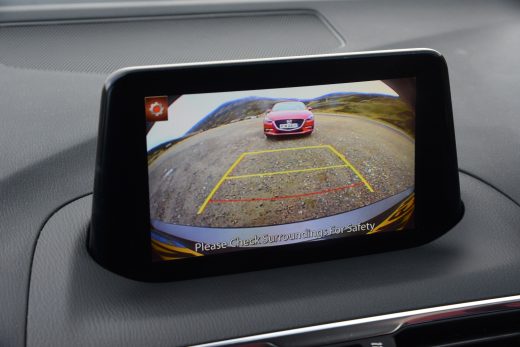 Having added the smooth, frugal and sub 100g/km 1.5-litre SKYACTIV-D diesel engine to the Mazda3 last year, both this and the well-established 2.2-litre SKYACTIV-D engine now feature Transient Control, which ensures a more positive throttle response by reducing turbo lag and boosting torque to deliver a petrol-like engine feel.

Refinement has also been enhanced thanks to the introduction of Mazda’s Natural Sound Smoother (NSS) technology, which reduces knock noise during starting and low-speed acceleration on diesel engines. Across the whole range, overall refinement has been substantially improved with added noise suppression material in the roof, doors, dashboard and transmission tunnel area. Optimised door seals and additional vibration damping materials between the rear crossmembers further improve cabin comfort. In addition, revisions to the MacPherson strut front and multi-link rear suspension have focused on delivering improved ride comfort and reducing vibration, while at the same time enhancing the pin-sharp handling the Mazda3 is famed for.

The 2017 Mazda3 also features G-Vectoring Control (GVC), the first of Mazda’s SKYACTIV-VEHICLE DYNAMICS technologies. It varies engine torque to optimize wheel load to indiscernibly provide more precise handling and improved comfort. Other technology highlights include the adaption of a full-colour display on the enhanced head–up display system, while for the first time the Mazda3 is offered with Adaptive LED headlights.^ On sale in the UK from the 1st October, the 2017 Mazda3 is priced from £17,595 to £24,195. 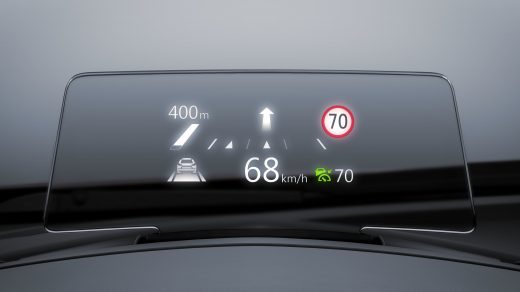