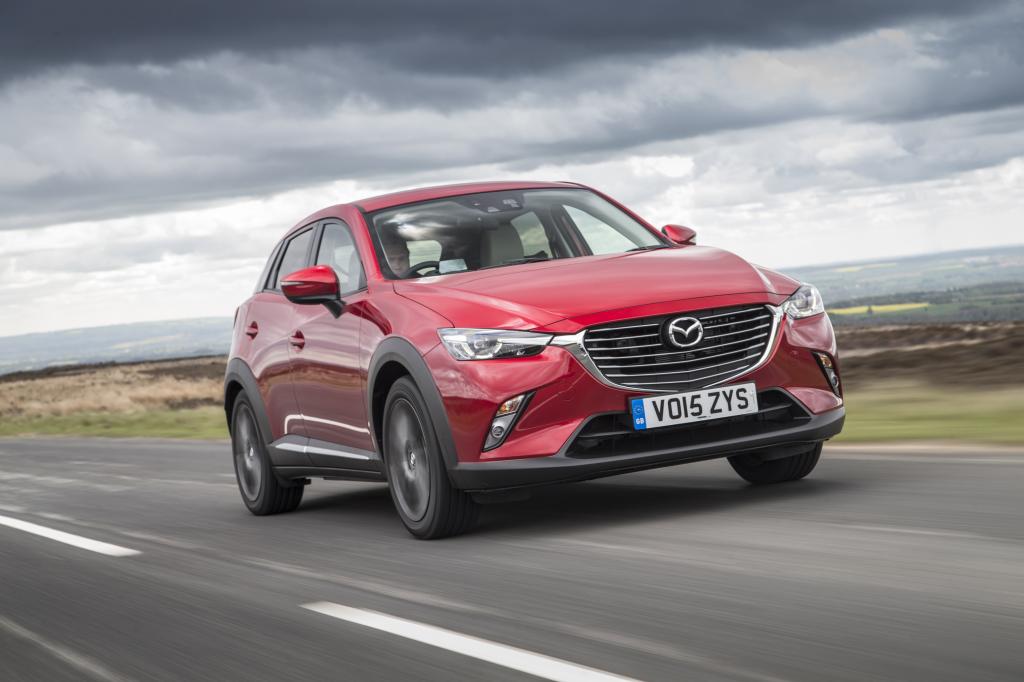 The compact crossover class is one of the newest and most fiercely contested areas of the car market. The Society of Motor Manufacturers and Traders (SMMT) says that sales of dual-purpose and multi-purpose cars – which includes crossovers – has nearly tripled since 1999, and now accounts for more than 18 per cent of the market.

Mazda was a pioneer in the crossover sector, introducing the CX-7 to British drivers in 2007, and the more compact CX-5 in 2012. Now comes the equally stylish and very affordable CX-3. Mazda’s new model is attracting great reviews from the press; here we share the highlights from national media.

Sharp design and coupe-like stance mean it has road presence

STYLE
According to Auto Express, image and style can often be deciding factors for buyers in the compact SUV sector. If that’s the case, the CX-3 already seems to have a head start. “The short overhangs, squat stance and sleek lines of the CX-3 look fantastic,” Jonathan Burn from Auto Express says. Car Buyer adds: “Its sharp design and coupe-like stance mean it still has road presence, despite its comparatively small dimensions.” David Motton for Practical Caravan says the designers have worked hard to get the inside right too: “The interior design is crisp and modern, with a sporty steering wheel, round air vents and a seven-inch colour touchscreen fitted to all models.” 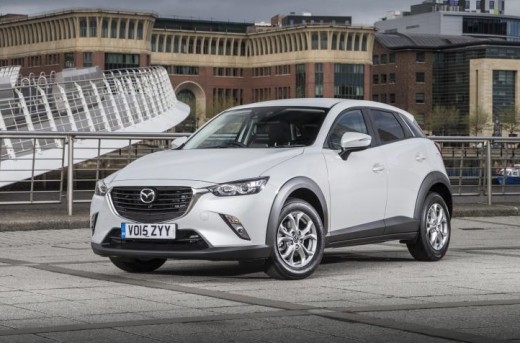 VALUE
Honest John describes the CX-3 as being pitched as a ‘premium option’. No surprises that Ivan Aistrop for Auto Trader says: “Even entry-level SE cars come with air-conditioning, cruise control, four powered windows, and a touch-screen infotainment system that incorporates DAB radio, Bluetooth and various connected apps.” Business Car’s Guy Bird agrees. “The CX- 3 has great standard kit too, including a seven-inch colour touchscreen and plenty of useful safety equipment such as hill-hold assist.”

QUALITY
The quality of the interior – described as ‘swish’ by motoring.co.uk – attracts a lot of praise from other critics too. Car Buyer says: “Inside the CX-3 is distinctly upmarket. High-grade materials, soft touch plastics and contrasting colours help to lift the cabin above those of mainstream rivals.”

Definitely one of the classier interiors of its type

Anthony Ffrench-Constant from CAR agrees. “This is definitely one of the classier interiors of its type,” he writes. “Nicely made, leather-trimmed, largely good to touch. The front seats are comfortable and supportive and, with both seat-height and reach-and-rake steering adjustment, the driving position’s first class.”

INTERIOR
“Practicality is comparable with other models in this hard-fought class,” says Graeme Lambert from Parkers. CAR agrees. “The boot is respectable for the class with an even shape and almost no lip between the rear bumper and the load bay,” says Ffrench-Constant. Lambert notes the lengths Mazda has gone to in order to make the CX-3 family friendly: “The front seats are pushed out to the extremes of the car’s width, both to improve room for those in the front and improve the view for those behind – who incidentally sit 37mm higher up.” 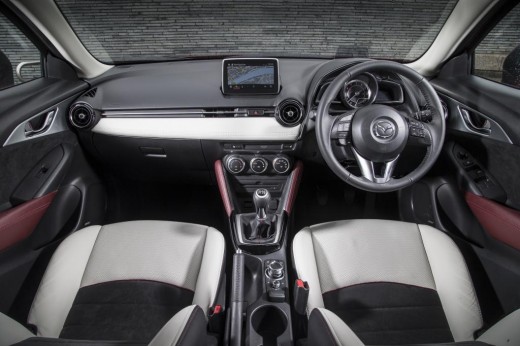 COMFORT
According Josh Dowling of Autocar: “The little Mazda strikes a fair balance between nice steering feel and decent ride comfort over bumps, even on the large alloys of our test car. Indeed, the CX-3 drives with the same confidence and stability as a hatchback, and doesn’t have the topsy-turvy body roll or poor composure of some SUVs.”

Meanwhile Chris Knapman from the Telegraph concentrates on the interior. “Excellent seats, a high driving position and little wind noise all work in the CX-3’s favour…” He adds: “The air-conditioning controls are clearly labelled and a doddle to use, plus all models feature a 7-inch touchscreen that can also be controlled using a rotary knob behind the gear lever. It’s a great system, and also includes a variety of apps that can be used with internet-enabled smartphones.”

ON THE ROAD
Mazda is renowned for building cars that appeal to keen drivers and the CX-3 it seems is no different. “It’s a fun car on a back road,” says Honest John. “Nicely weighted steering boasts the feel and accuracy we’ve quietly come to expect of a Mazda, and the CX-3 acquits itself with a flat handling stance and a poise which is almost unseemly for this segment,” claims CAR. Auto Express praises the six-speed manual gearbox for its ‘crisp shift action’.

Better to drive than any of its rivals

And What Car? says: “There’s nothing entry-level about the 118bhp petrol. It pulls perfectly well in gear and doesn’t have to be worked hard to make swift progress. Even if you meet a particularly steep hill and have to push it beyond 4000rpm, it remains smooth and never too noisy in the cabin.” Meanwhile Practical Caravan’s David Motton concludes: “In my book it’s better to drive than any of its rivals.” 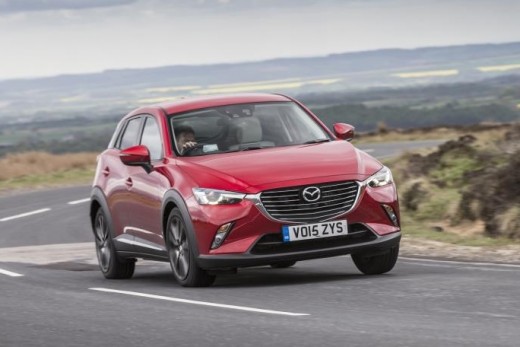 OWNERSHIP
Auto Trader certainly thinks there’ll be some happy owners out there. “If you’re after a small SUV that’s good fun to drive, the CX-3 could well be the car you’ve been waiting for,” Ivan Aistrop says. “The interior is well screwed together and feels well up for the rough and tumble of everyday life,” reckons Auto Express. Graeme Lambert from Parkers adds: “We’d expect Mazda CX-3 reliability to be a paragon of virtue.” And Simon Lambert from Motoring.co.uk concludes: “This is easily one of the best driving compact SUVs on the market. Mazda has made a corker.”