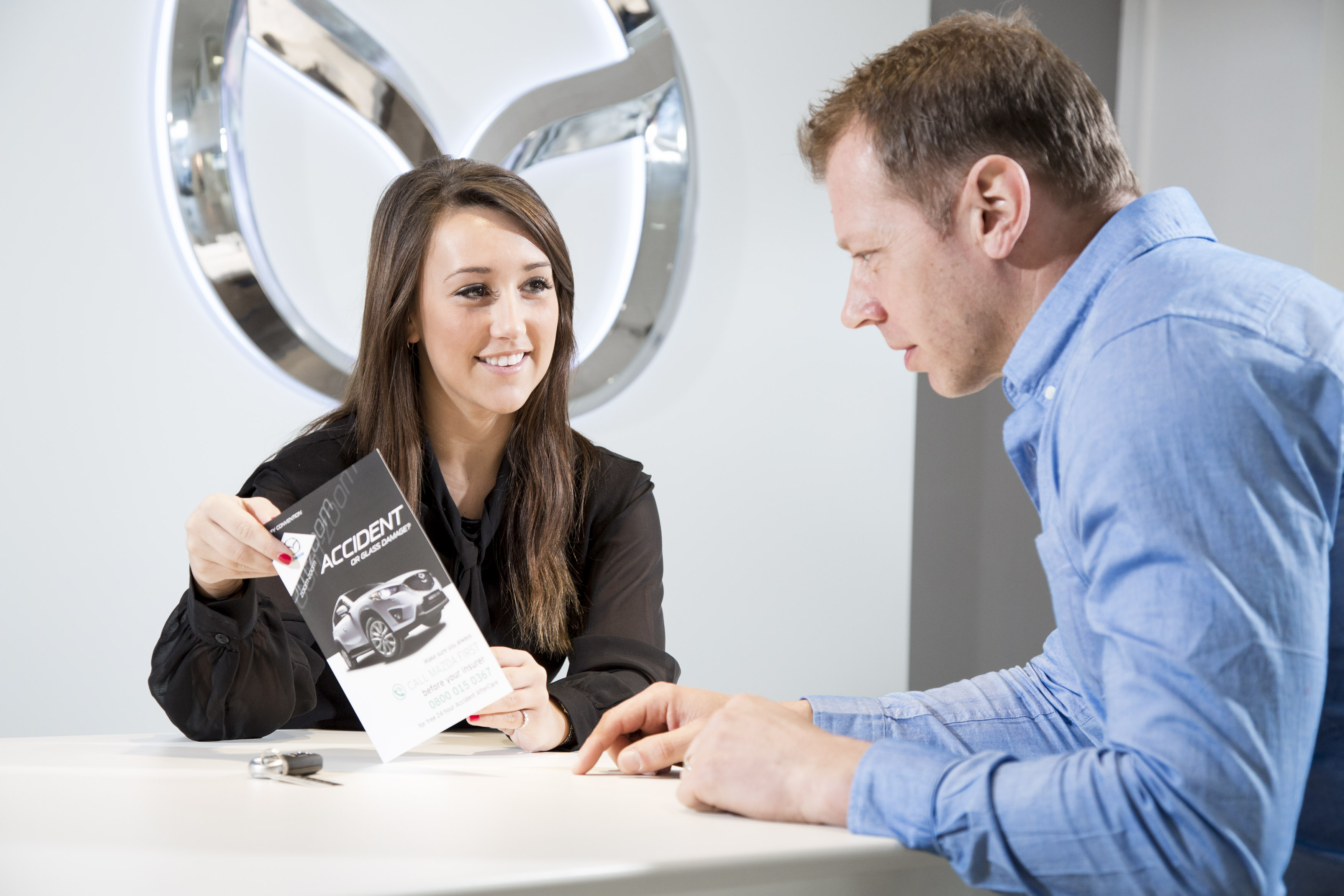 David Wilson-Green, Mazda’s Aftersales Director, explains how drivers are being won over by the service offered by Call Mazda First and Mazda insurance. 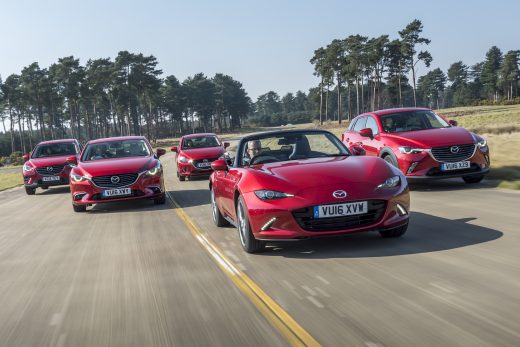 Mazda is a company that encourages enterprise and the nurturing of ideas that could benefit our customers. That’s why, in late 2009, we were able to launch ‘Call Mazda First’. And it’s why, in 2013, we relaunched our own Mazda insurance programme. Both had a clear objective: ensure the best possible experience for Mazda owners, reinforcing the positive reasons behind buying into the brand to maximize loyalty.

Together, they’re working. When we began Call Mazda First, which is a free accident aftercare service for any Mazda driver involved in a vehicle collision, our research suggested that 2between 15% and 20% of Mazda owners would look to sell their car within 12 months of its repair. If those drivers then switched to another car brand, that’s bad news for Mazda and its dealer network.

Initially, people were naturally suspicious: “Why are they providing a free service? What’s the catch? What’s in it for Mazda?” they asked themselves.

Yet today number of repaired Mazdas being sold on has fallen to under 2%. Why? Because we’re handling the stresses and strain of an accident claim on behalf of our customers, which keeps life easy for them. But there’s a lot more to it than that…

Call Mazda First is here for all Mazda drivers, regardless of the age of the vehicle and whether the accident was their fault or the fault of a third party.

The service caters for everything from the smallest scrapes to the most severe collisions, which may result in the car being declared a write-off. We provide a free courtesy car and collect the damaged vehicle before returning it repaired. 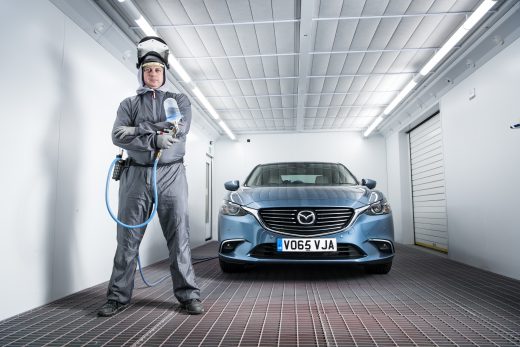 When someone uses Call Mazda First, we’re not only taking care of the paperwork and phone calls involved in any insurance claim, while dealing with all parties’ insurers. We’re taking care of their Mazda, by ensuring it is repaired within our specialist network of Mazda Approved Accident Repair Centres.

It’s this approach that gives them such confidence in the repaired car that they choose to keep it. By knowing that Mazda-trained technicians have carried out repairs to a Mazda-approved standard, using genuine, new, Mazda parts, they can rest easy that their Mazda is as good as the day it rolled off the production line. So good, in fact, that it should score the same Euro NCAP crash test safety result as the equivalent model when new. 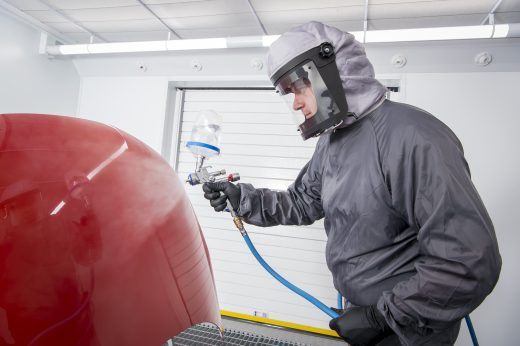 By contrast, if Mazda drivers called their insurer directly, there is a good chance that they will be steered away from using Mazda Approved Accident Repair Centres.

Andrew Long is Managing Director of the Verex Group, which runs both Mazda Insurance and Call Mazda First on our behalf. As he explains, drivers are often scared off from dictating the terms of any repair to their car: “Some insurers impose a penalty excess for having your car repaired outside of their network. Or they’ll try to say they won’t guarantee a repair, or provide a courtesy car, or that it may hold up the claim. But Call Mazda First takes care of all of that for drivers.”

Many drivers don’t appreciate that it’s their legal right to have their damaged car repaired at a bodyshop of their choice.

And from a safety perspective, it worries me that parts of a car’s fundamental structure could be repaired, rather than replaced, sometimes using ‘green’ parts – meaning secondhand parts from a scrapped car of the same make and model. In the event of an accident, they may not perform as well as a new, crash tested genuine replacement part. 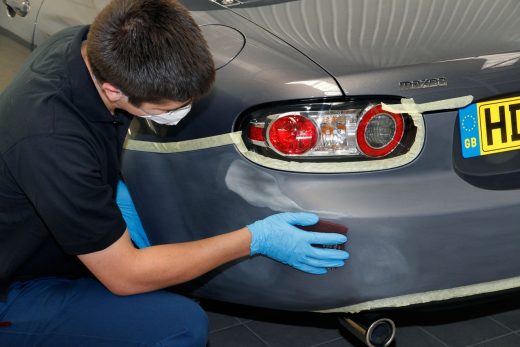 What’s more, we live in an age where the great majority of new cars are bought using finance products. Typically, those finance products are in partnership with the vehicle manufacturers, and the agreement will state that in the event of an accident, a car should be fixed by the manufacturer’s approved network of accident repair centres. If it isn’t, and should a customer have the right to return the vehicle, such as at the end of a PCP or Personal Contract Hire agreement, the customer could be held liable for the cost of subsequent repairs should it be identified that the vehicle is not of an approved standard when returned. 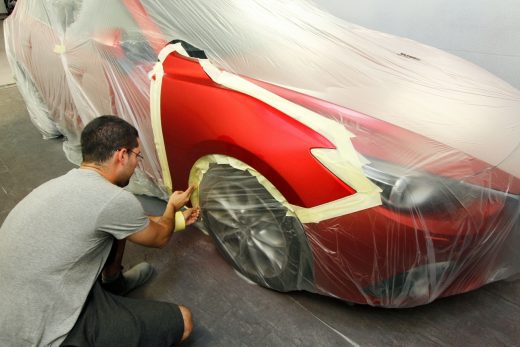 Andrew Long points out a more uplifting financial implication of using Mazda’s complimentary service. Mazda includes complimentary 12 month excess return insurance for all new retail and Approved Used Mazdas: “If you use Call Mazda First and have the vehicle repaired in a Mazda Approved Accident Repair Centre, Mazda will cover any excess up to £250. For the vast majority of people, that means we cover their excess liability.”

Another success story is Mazda’s insurance programme. We provide seven days of complimentary cover to anyone buying a new or approved used Mazda. It won’t always be the cheapest insurance option, especially when comparing premiums with price comparison sites. But as Andrew Long suggests, it pays to look beyond price and check what’s included.

“Often the comparisons that are illustrated aren’t what people care about most after an accident. They typically want to know ‘Will genuine manufacturer parts be used? Will the car be repaired to the vehicle manufacturer’s standards? Is it safe enough to pass a Euro NCAP crash test?’ With Mazda insurance, there are no grey areas.”

For Mazda, the benefit is happy customers who are more likely to remain loyal to the brand. For our dealer network, there is the appreciable rise in the volume of customers using Mazda Approved Accident Repair Centres and, in turn, an increase in loyal Mazda owners. For me personally, I sleep better at night knowing that anyone using these Mazda services has a car that has been repaired to the safest possible standard. 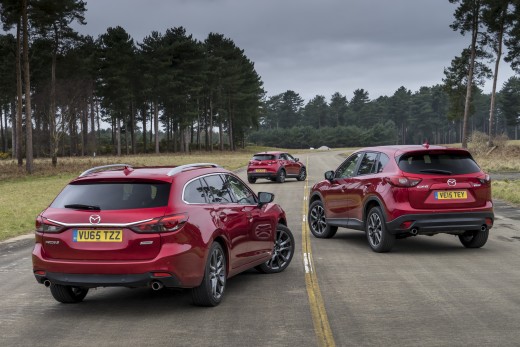