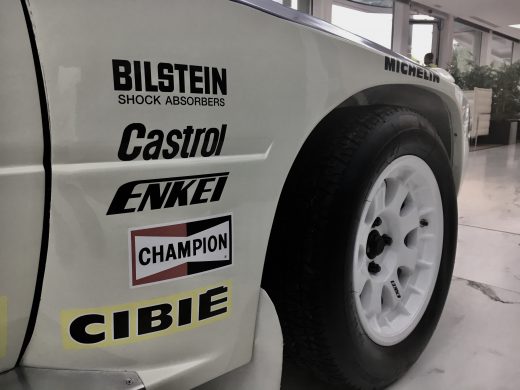 Here at Mazda UK we have a new arrival in the heritage display area:  an original 1985 World Rally Mazda RX-7. 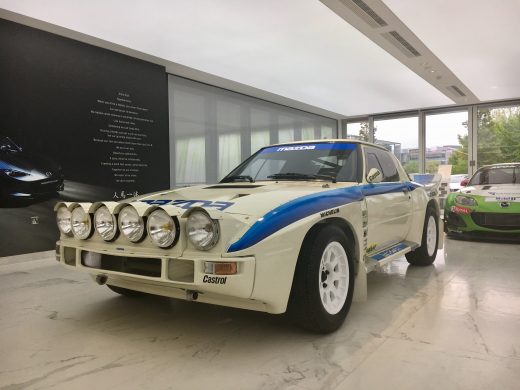 It is believed to be the only complete, fully original and working factory Mazda RX-7 Group B rally car in the world. There are lots of replicas and recreation rally RX-7s, but it’s very exciting for us to have such a complete and rare original example of Mazda’s competition history here with us at MMUK for us and all our guests to see.

The infamous Group B era of the World Rally Championship took place from 1982 till 1986. In 1984 Mazda’s factory rally team created the Group B RX-7. While these rear-wheel drive cars did not have the success of the four-wheel drive Audi, Lancia and Peugeot models that dominated the class – the RX-7s were fan favourites thanks to their sideways rear-wheel drive driving style and raucous rotary soundtrack.

Mazda created just 20 homologation cars to meet the regulations, of these it is thought just seven were fully assembled ready for competition between 1984 and 1985, with the remaining being left as parts for spares.  The car we have on display chassis MRTE 019 was built in June 1985, but thanks to the banning of Group B rallying that year on safety grounds, the car was never used.

Sold to the Swiss Mazda importer in the early 90s, it was then sold to a Swiss private collector where it remained unseen, unknown and unused, before being sold to a collector in Scandinavia. Now owned by UK collector and enthusiast David Sutton the car, we are lucky enough that David is willing to allow us to display this incredibly rare car at MMUK.